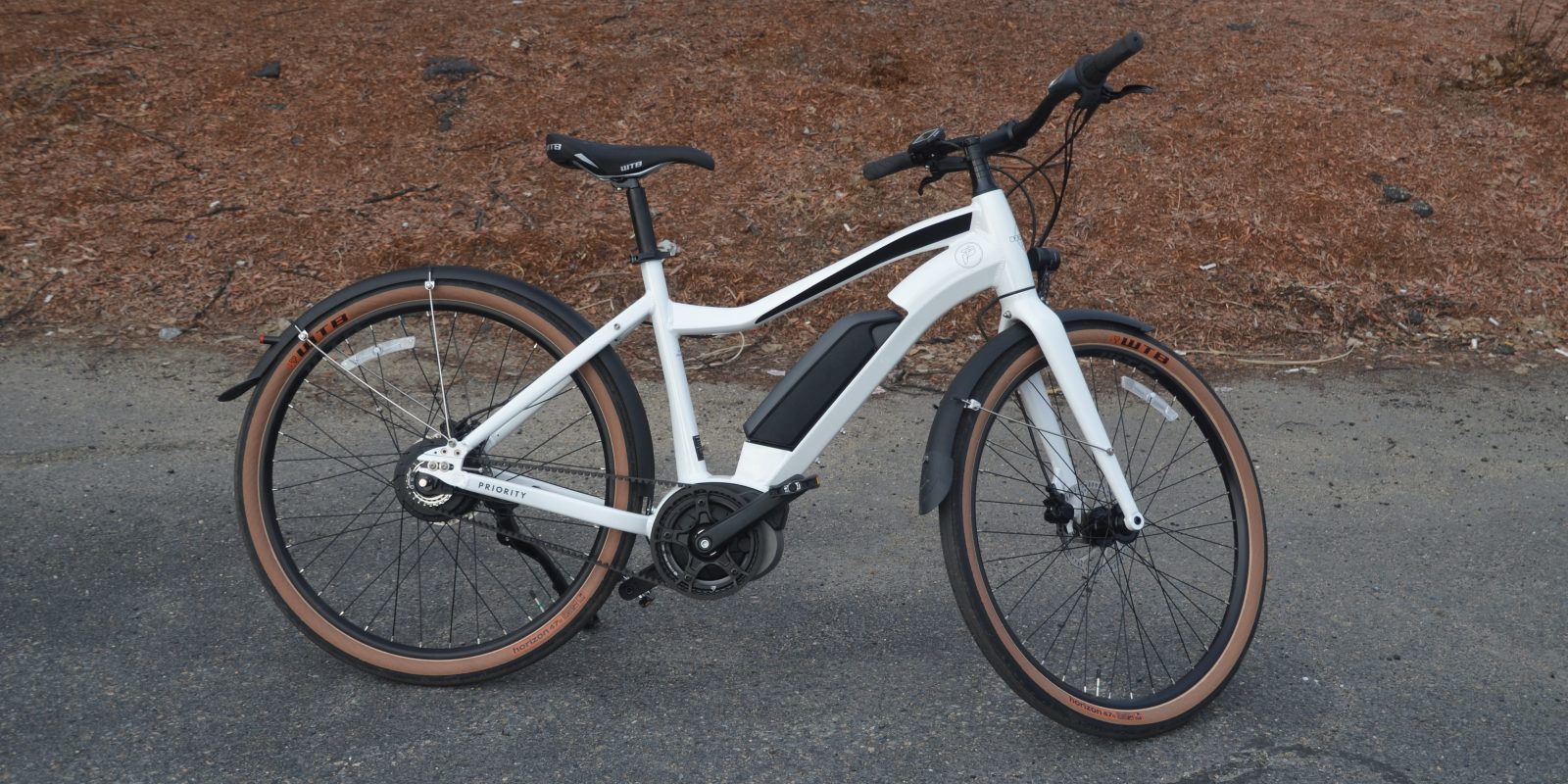 With so many inexpensive electric bicycles to choose from these days, many people wonder what sets apart the more expensive e-bikes. That was one of the reasons I wanted to get a hands-on experience with the new Priority Embark electric bicycle, to see what made this premium Class I e-bike different.

Marketed as a maintenance-free e-bike, I went into this review hoping to see what could possibly make an e-bike cost $3,999. And boy, did I learn a lot!

The first thing you’ll notice about the Priority Embark is the respectable array of high end components.

From the Gates Carbon Belt Drive to the Enviolo (NuVinci) continuously variable transmission to the Bosch mid-drive motor — each of these is an expensive component that you’d be lucky to find on any bike.

But to find all three premium parts on a single model is a rarity.

In fact, let’s checkout a run down of the bike’s parts and specs to see what we’re getting into here. 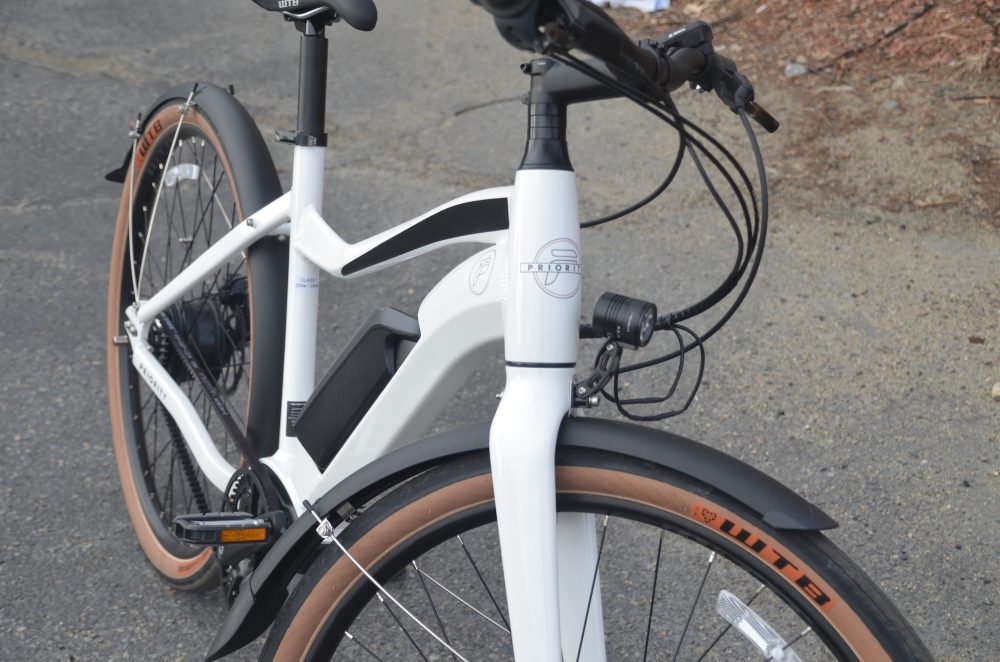 You get a sense of how premium this e-bike is right from the start. Priority has teamed up with Velofix, a mobile bicycle shop service. Instead of having your Priority Embark e-bike show up in a big cardboard box requiring assembly (which is how most of my bikes arrive), you get the White Glove Delivery treatment from Velofix.

They receive your bike and professionally assemble it in advance. They then schedule an appointment with you to deliver the bike to your doorstep at your convenience and show you how it works. 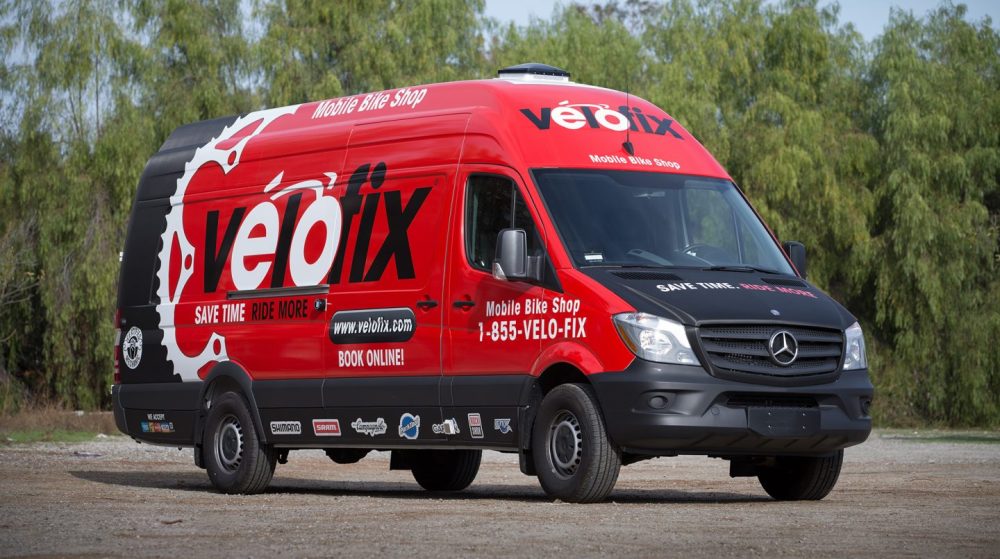 I’ve lost track of how many dozens, perhaps hundreds of e-bikes I’ve ridden. And as much saddle time as I have, I’m still no expert at assembling and properly tuning a bike. So having a professional do it for me puts my mind at ease knowing the bike is properly assembled and safety inspected right from the get-go.

While this service normally costs extra, Priority actually includes it with the purchase of an Embark. Simply use the code “EmbarkVelofix” at checkout.

How does the Priority Embark ride?

Again, I’ve ridden a lot of e-bikes in my time.

I’ve been on countless Bosch-powered e-bikes and they are truly a pleasure to ride. Bosch has been making great mid-drives and batteries for years, and each year they get better. Even the battery charger is much higher quality than those that come with nearly any other e-bike I’ve tried.

And I’ve ridden (fewer) e-bikes with Gates Carbon Belt Drive setups, which are so quiet and efficient that you feel like your feet are somehow talking straight to the rear wheel.

And I’ve ridden (even fewer) e-bikes with Enviolo’s continuously variable transmission, the NuVinci N380, which combines the beauty of internally geared hubs with the shifting-while-moving convenience of derailleurs.

But never before have I ridden a bike with all of these awesome components together. And let me tell you, this thing is straight out of a dream.

The motor’s four different riding modes gave me options from a pretty decent workout (on ECO) to barely feeling like I was doing any work (on TURBO). Bosch’s PowerPack 400 is supposedly sufficient for 50 miles (80 km) of range of range on ECO mode, but to be honest I spent most of my time in TURBO, where I got closer to 30 miles of range. Still impressive.

For most of my trips I cruised comfortably at around 19 mph in TURBO mode while feeling like I wasn’t really working very hard. However, when I tried to push much past 20 mph, suddenly I could tell I was performing the brunt of the work.

Even so, the Gates Carbon Belt Drive made that work pleasant. Instead of dealing with a noisy and oily chain, the whisper-quiet belt drive was a beautiful upgrade. We’ve been using chains on bicycles for over a hundred years. They work, but there’s a better way folks. Belt drives are easier to use, quieter, more comfortable and don’t require maintenance. Plus, they stay looking fresh, unlike the rusty chains on my other bikes. Sure, belt drives aren’t cheap. At all. They’re actually crazy expensive. But if the benefits are worth it to you, then you’ll never look back after switching to a belt drive.

And did I mention the Enviolo hub? Perhaps I’m biased, since as an engineer I’m simply in love with the way this CVT works.

A series of orange spheres are articulated between two conical surfaces, varying the speed of rotation.

The elegant solution means that in practice, a rider has an infinite number of gear ratios within a 380% gear range. You’ll never be stuck between two gear ratios again.

Plus, I also just love the interface, with a little orange rider that shapeshifts from a flat path to a hill as you twist the gear shift and alter the ratio.

The hub has been developed and perfected over more than a decade, and is in my opinion one of the best e-bike hubs out there.

The real question: is it worth it?

All of these things are nice, but the question remains. Is the Priority Embark worth $4,000?

Just maybe not to everyone.

At this price, the Priority Embark delivers on all of its promises. It truly is a maintenance-free e-bike. You’ll never be fiddling with brake adjustments, dialing in your shifters or diddling with chain tension. Instead, you’ll spend that time simply enjoying riding.

At the end of the day, if you want high quality parts, built-in powerful lights, a belt drive, hydraulic brakes, a NuVinci CVT hub, Bosch motor and battery, White Glove Delivery service and a 30-day no questions asked money back guarantee, then you have to pay a pretty penny for it. So for those that don’t have the time to mess around with getting a bike ready, and instead want to spend their valuable leisure time simply riding (and have the income to be able to support that), the Priority Embark is worth the premium price.

For me, as a millennial that doesn’t mind getting my hands oily, turning a wrench, swapping out punctured inner tubes and taking a bit of a risk on an internet purchase, I probably wouldn’t be first in line to buy a bike like this. But having ridden one for a month, I can absolutely see why people would. It’s hard to put a price on quality and convenience. But Priority did, and it’s $3,999.

What do you think of the Priority Embark? Let us know in the comment section below.