Tesla’s Cybertruck gets revealed in 10 days. We know it will have incredible performance in a straight line, and that Elon will trumpet its zero-to-60 number. But a vehicle’s offroad capability is more about handling. Whether or not Tesla can steal electric-truck thunder back from Rivian will be based on a simple metric: how many motors are on board the Cybertruck.

“It can do zero to 60 in three seconds. But what makes the vehicle so unique is the way we’re able to control torque not just front to back but left to right, instantaneously coupled with the ability to adjust to the roll stiffness and damping frequency. You could have a vehicle that instantaneously goes from something that’s incredible off-road to something incredible on the road.”

We heard something similar a couple of weeks ago from Polestar folks regarding putting a motor on each wheel of Polestar 1’s rear axle. Polestar’s technical concept leader, with the ironic name of Axle Stenberg, gave praise to the straight-ahead performance of Tesla vehicles. But he said that drivers rarely use that incredible zero-to-sixty speed. Meanwhile, the kind of control and handling you get with torque vectoring between two (or four) lateral motors cannot be duplicated with brake-based torque control, as Tesla does. (The exception is Tesla’s track-ready, three-motor Plaid setup.)

Siegfried Pint, technical director of powertrain systems at Audi, told me the same thing a couple of years ago when we were discussing the e-tron two years before its launch. Pint is a former F1 engineer. When we talked at the L.A. Auto in 2016, Audi was considering using three motors on the e-tron – two of them on the rear axle.

“You need three motors. You can drive faster, and you’re safer. You feel less weight. You can’t overcome physics with the traction limit of the tire. The brake takes 10, 20, 50, and 70 milliseconds to get the torque to the axle. [But with motors at each wheel] I don’t have to use brakes. I’m not giving away power. I can use the electric machine that’s much quicker than a brake. I can control slip and speed. That’s the main difference.”

You could argue that torque vectoring is the crucial number-one differentiator for an all-electric, off-road vehicle ­– especially one with a giant, heavy battery pack. Rivian dedicates an inboard-mounted motor for each wheel. And each one uses its own single-speed gearbox. 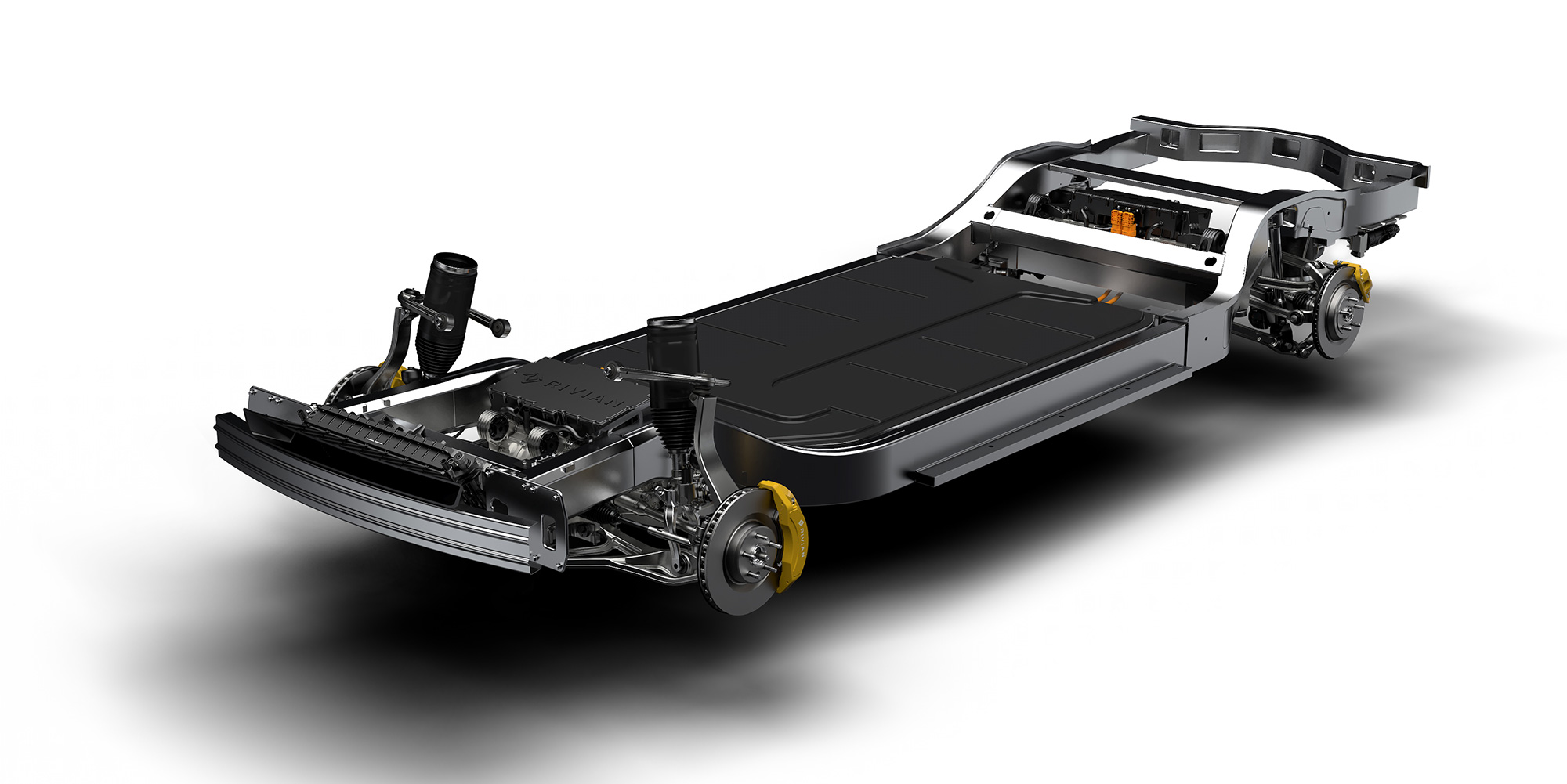 Charles Sanderson, Rivian’s chief engineer, echoed Pint’s comments when speaking with Fully Charged. He extolled the virtues of instantaneous torque feedback loops from each of the four electric motors.

“Because we know the torque we can optimize it immediately, and we can determine how much torque is getting us, how much acceleration, and how much slip. And that means we can optimize the slip of the wheel very close to perfect for the tire and the grip we have available.

“Because our feedback is fast, it’s also imperceptible to the driver. So you have wheel control. And what that means off-road is you can utilize the grip way better.”

He said that four-motor torque vectoring stabilizes the vehicle so it feels “much smaller and much more agile than you would expect.” It especially enhances stability during oversteer events. And it has equal benefits for the traction control so vital to off-road vehicles. 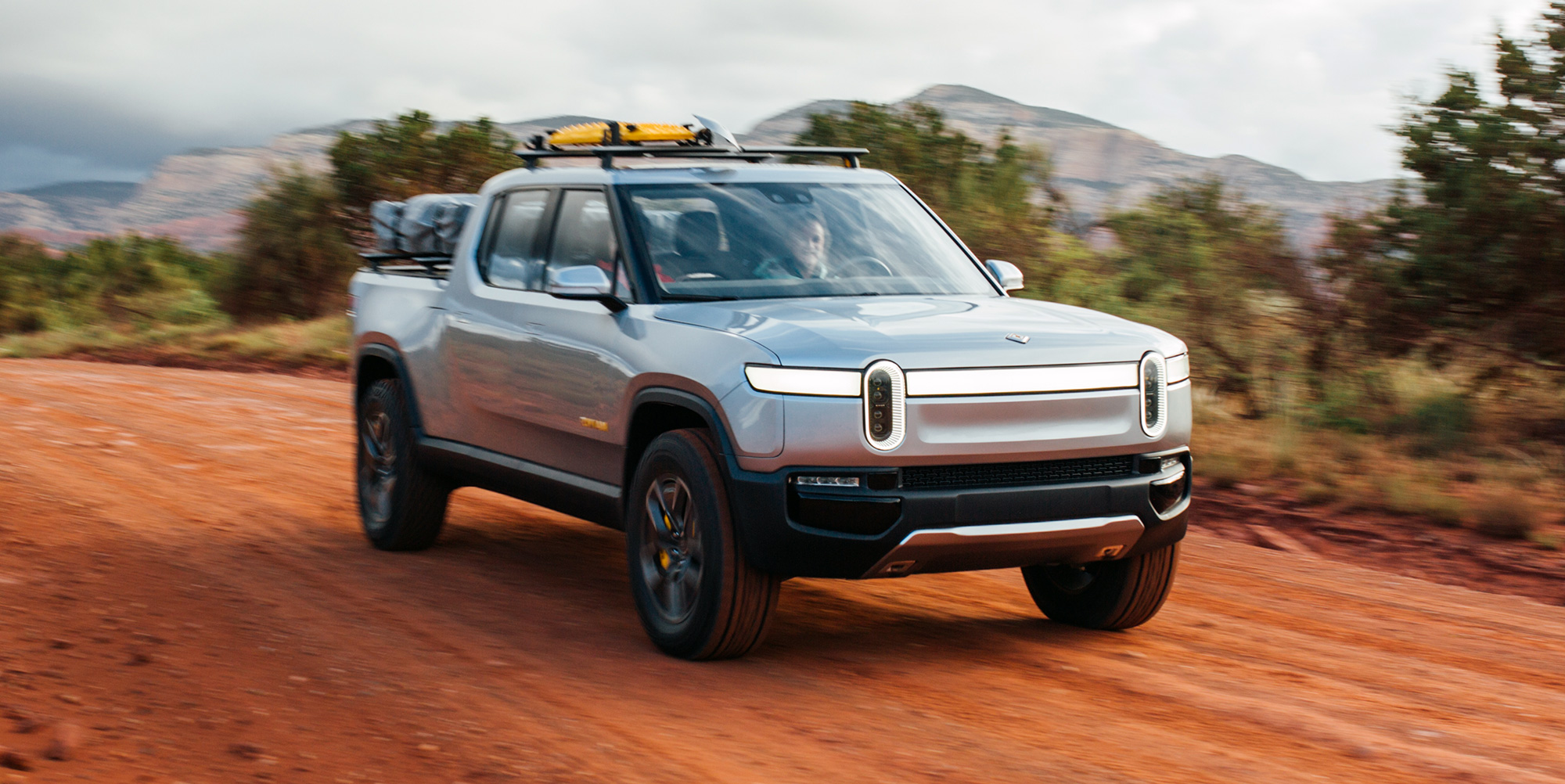 We can’t wait to see the Tesla Cybertruck in person. Ten days and counting. We have no doubt that it will impress. But it would be surprising to see a new electric powertrain architecture with a single motor at each wheel. Perhaps there will be three motors, which would be big news. But four?

Meanwhile, Rivian designed its clean-sheet platform from the beginning with a four-motor design. That’s a breakthrough.

We don’t know how long we’ll need to wait for a head-to-head, off-road smackdown between the competing electric trucks – or who will win that battle. Either way, it’s great news for pickup drivers and off-roaders who want to experience the outdoors without emissions or noise from an internal-combustion engine.