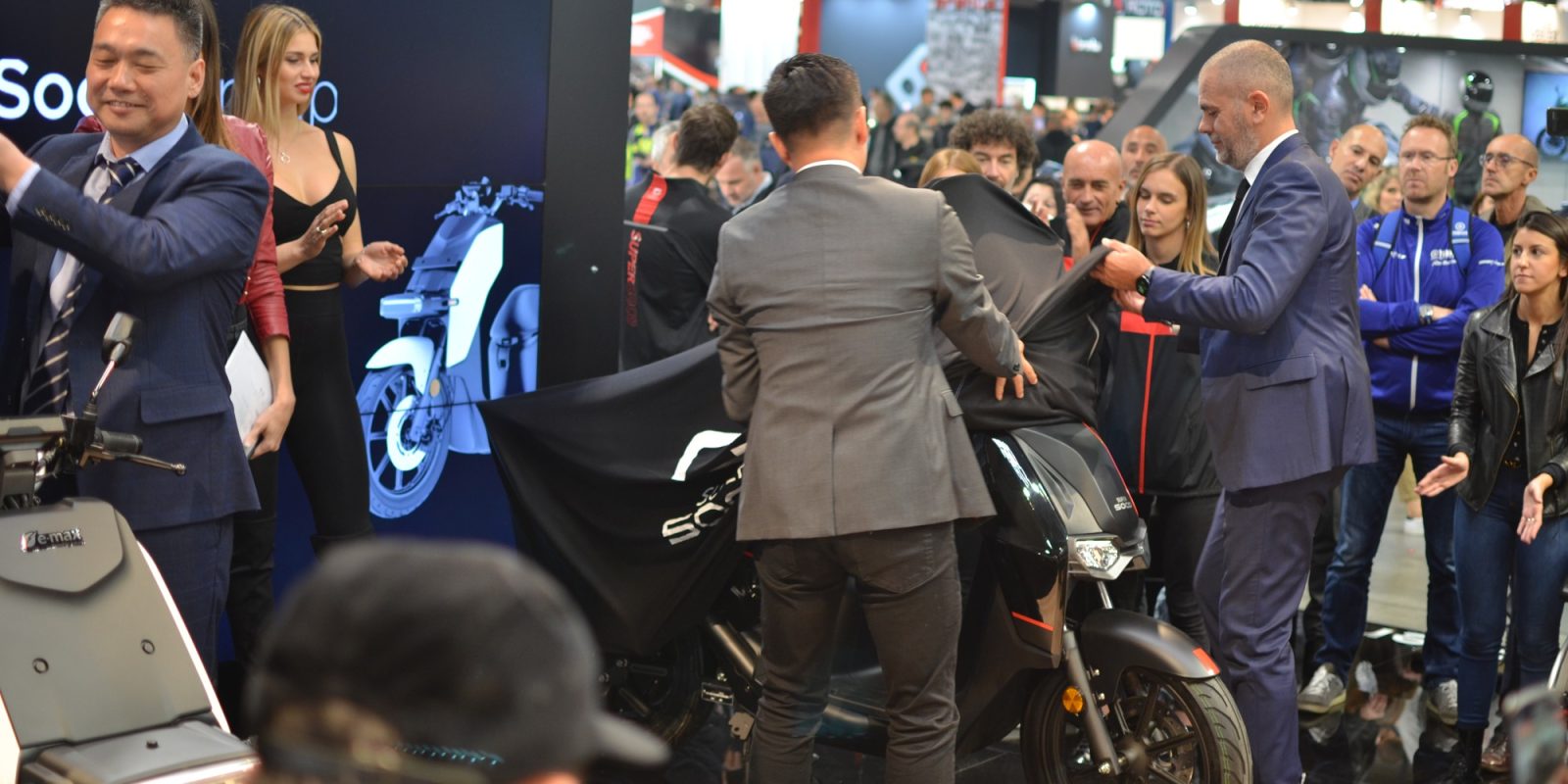 At a time when nearly every electric scooter company is pumping out 45 km/h (28 mph) scooters, the Super Soco CPx is going in a different direction. A faster direction. To the tune of 90 km/h (55 mph) fast.

The new CPx electric scooter, which stands for “City Power”, is intended for consumer sales.

It features a 4 kW (5.4 hp) rear hub motor, which is the most powerful electric motor that Super Soco has included in an electric scooter to date.

That power level is capable of reaching the advertised 90 km/h (55 mph) speed, especially with the help of the aero-enhancing windshield on the super Soco CPx, but the acceleration isn’t likely to be blistering at higher speeds.

For city riding though, 4 kW will be plenty of sporty power for a scooter of this size. 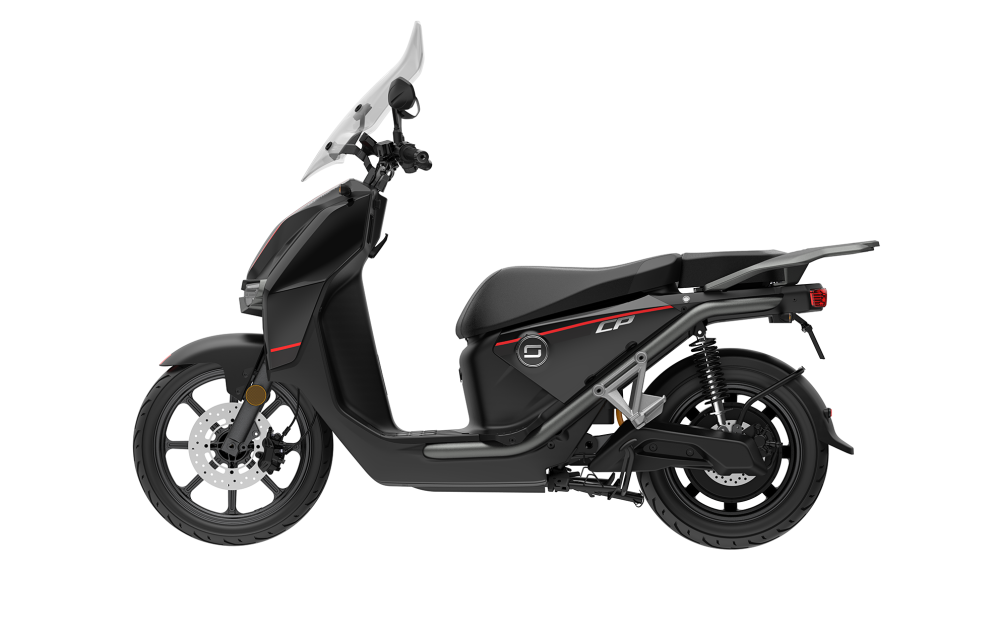 The CPx can support either one or two 2.7 kWh batteries in the dual battery bays under the seat. With two batteries totaling 5.4 kWh, the Super Soco CPx can reach 140 km (87 mi) of range, though that figure is measured at a constant 45 km/h (28 mph) city speed.

The scooter is a large upgrade over the company’s previous consumer-level electric scooter, the Super Soco CUx. That scooter was limited in speed to just 45 km/h (28 mph), despite getting Ducati branding treatment. 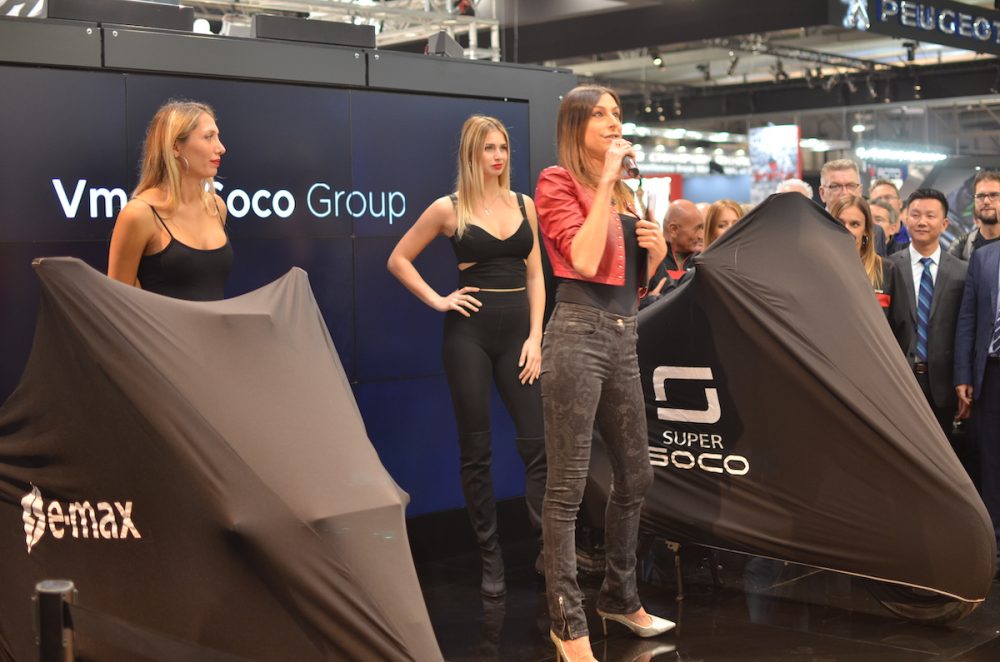 While the Super Soco CPx is intended for private sales, the VS1 is designed for commercial use, mainly in parcel and food delivery services. 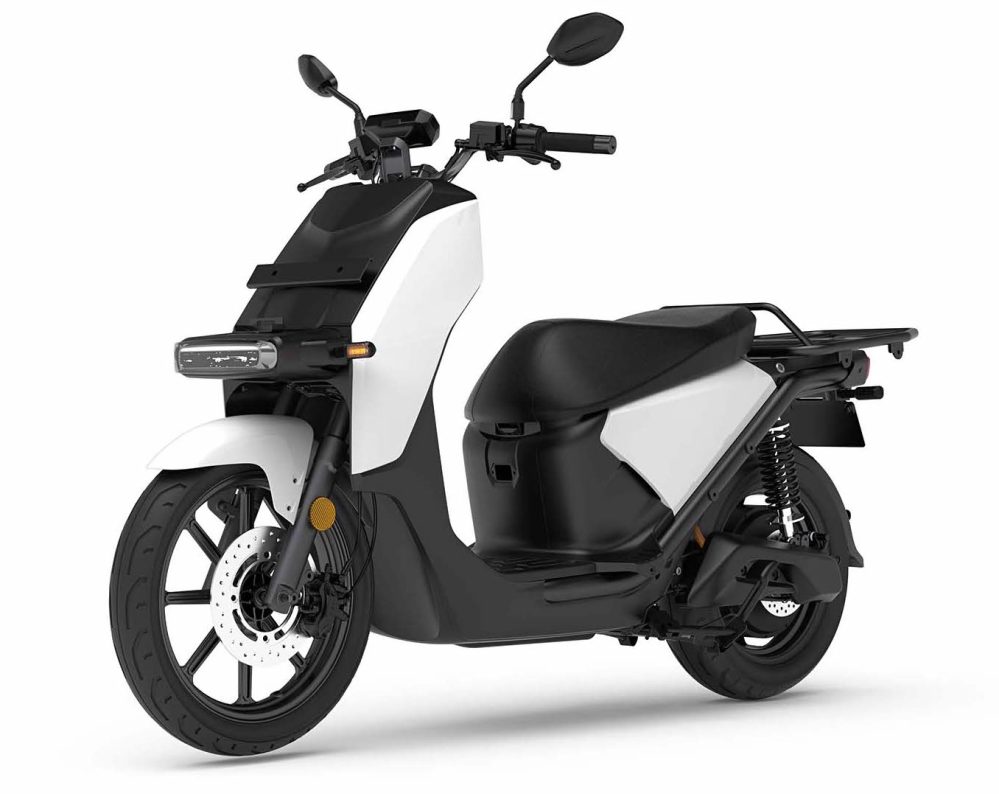 The Super Soco VS1 also features a reverse gear option on the handlebars, which can be helpful when navigating the scooter while carrying a heavy load. The VS1 also gets three kickstands – one on either side and a center stand – which should also help handle large loads when parking on uneven terrain.

The VS1 has a number of customizable utility configurations including front and rear racks/baskets and a giant rear cargo box.

So to have more options in the 80-90 km/h (50-55 mph) range is a huge step in the right direction. With more scooters like these, city residents will hear a lot fewer screaming engines and lot more soft whirring electric motors.

Super Soco didn’t say if these prices included European VAT, and I hope they do, because these aren’t cheap scooters. But hey, they definitely undercut the price of an electric Vespa and they go a lot faster too.