Tesla is continuing to test its new Model S prototypes at Nürburgring race track in Germany, and now the automaker has even installed a Supercharger station at the track.

As we previously reported, following the recent launch of the Porsche Taycan, Tesla CEO Elon Musk appears to be on a mission to show that Tesla’s vehicles are still the highest-performing EVs available today.

Earlier this month, he said that Tesla would bring a Model S to the Nürburgring race track — right after Porsche established a new 4-door electric car record at the track.

However, in the following days, Tesla announced a Model S with a 3-motor “Plaid powertrain” and new a “chassis prototype.”

Musk also said that Tesla has a new 7-seater Model S prototype at the Nürburgring racetrack, and it seems like the track testing could simply be about testing new versions of Tesla’s Model S and the new 3-motor “Plaid Powertrain” instead of going after the Taycan.

A witness said yesterday that Tesla’s “Plaid” Model S already crushed the Porsche Taycan’s Nürburgring time, but the time is not official.

Tesla is rumored to have some time slots next week to attempt an official time.

Now the automaker has installed a Supercharger station at the racetrack to keep its electric vehicles topped off:

We installed a Supercharger at Nürburgring. Makes it feel like home, you know? pic.twitter.com/x1tPjI7bi0

The Supercharger station looks like the temporary and portable one on a skid that Tesla sometimes uses at events, or when a permanent station is having some issues.

We asked if it was a temporary one, and the company said no:

Tesla’s vehicles perform better when they are fully charged, and therefore, this new Supercharger station is going to be useful for Tesla owners testing the limit of their cars on the Nürburgring track.

The Supercharger is still not showing on Tesla’s map, and before this new Supercharger, the closest one was over 50 km away: 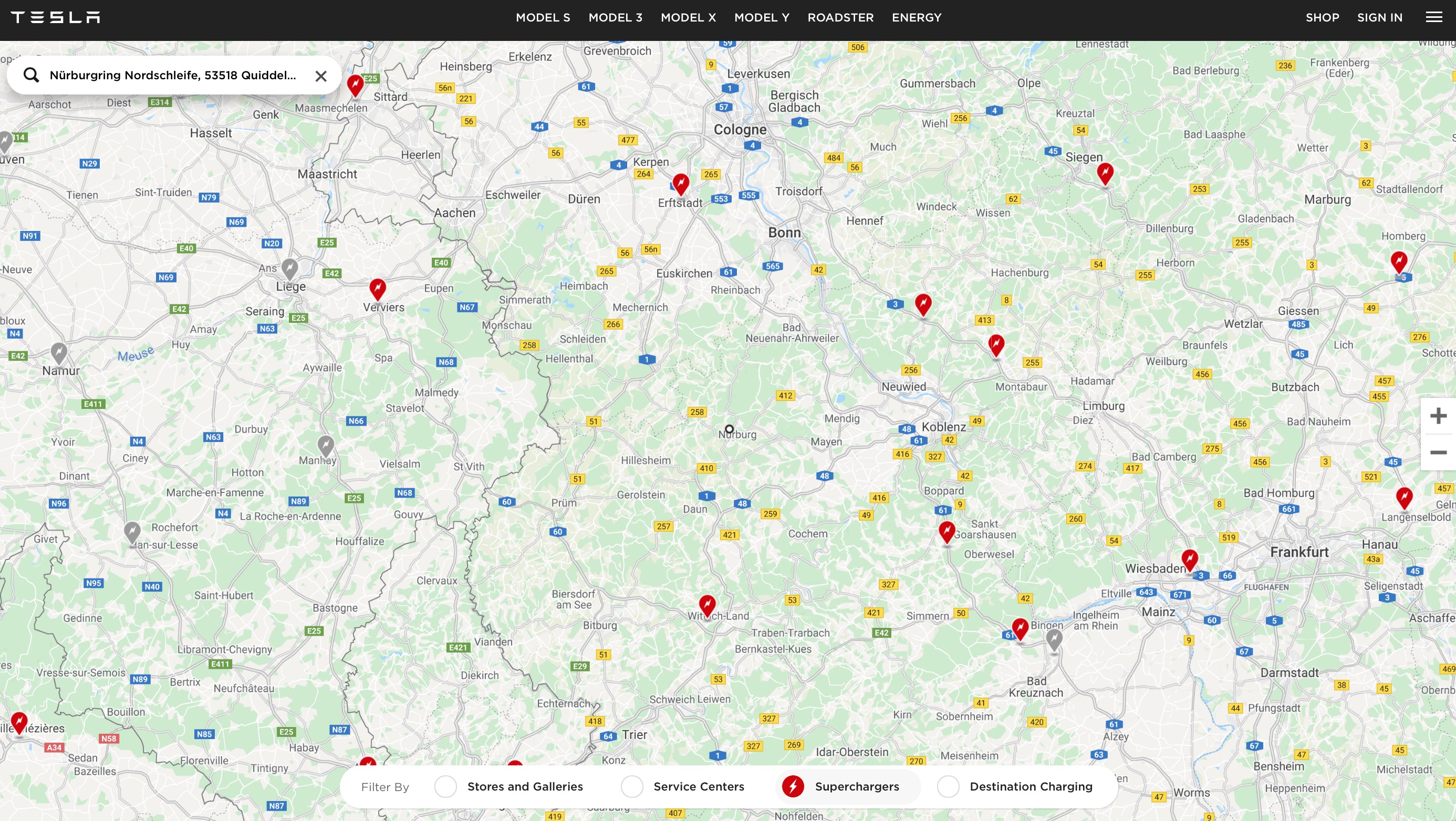 Without the details on the new Supercharger station listed online, the power output is still unknown, but these smaller stations from Tesla generally have a limited power output.

The power source for the Supercharger station is also unclear.

Nonetheless, it should prove useful for Tesla in its upcoming testing for the new Model S prototype.

Last week, we reported on the Tesla Model S prototypes at Nürburgring having new fascia, a strange rear spoiler, and more modifications.

Earlier this week, Elon Musk said that the Tesla Model S with a “Plaid” powertrain and new rear-facing seats is coming in Oct/Nov 2020.