Now Musk has commented on the achievement on Twitter:

It’s a start. We expect these track times to be beaten by the actual production 7 seat Model S Plaid variant that goes into production around Oct/Nov next year.

Tesla announced a Model S with a 3-motor “Plaid powertrain” and new a “chassis prototype,” and Musk also said that Tesla has a new 7-seater Model S prototype at the Nürburgring racetrack.

However, Musk confirmed that he is actually talking about bringing back Tesla’s previous “5+2” seat configuration with two rear-facing seats, albeit bigger:

No, original 5 forward facing seats plus 2 rear-facing smaller seats. The new rear seats will accommodate larger passengers than before.

Electrek publisher Seth Weintraub had the original rear-facing seat option on his first Model S, and they become too small when the kids got closer to age 10: 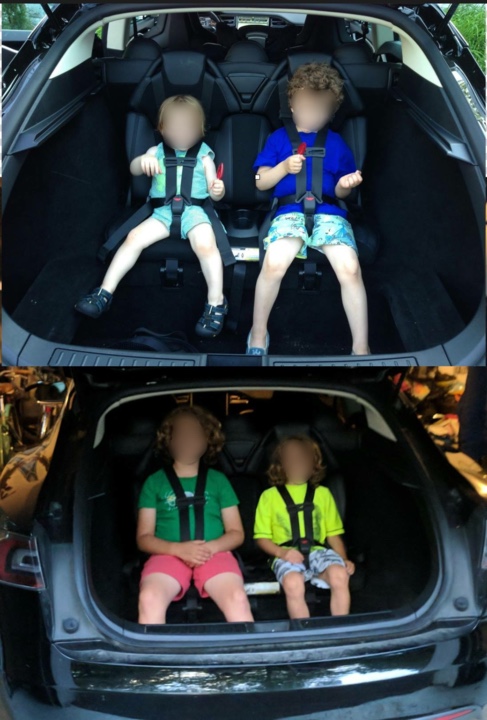 Musk says that Tesla will bring back an upgraded version of the rear-facing seats late next year for the Model S at the same time as the new 3-electric motor “Plaid” powertrain.

Last week, we reported on the Tesla Model S prototypes at Nürburgring having new fascia, a strange rear spoiler, and more modifications.