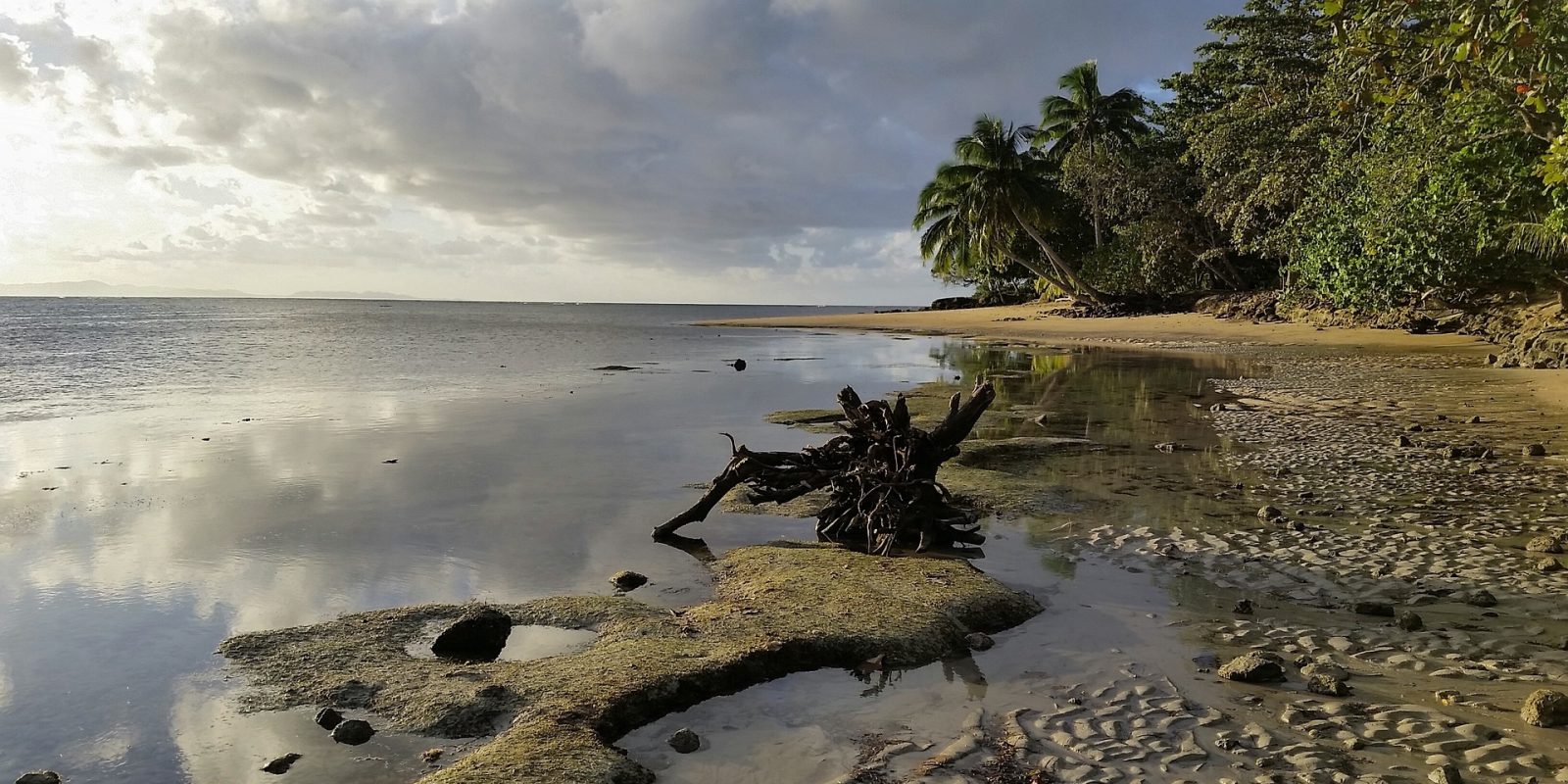 Accompanied by a striking cover, Time takes a look at the current effects of the climate crisis on some of the most vulnerable nations on the planet — island countries like Fiji and Tuvalu. The opening anecdote tells the tale of Vunidogoloa, a village abandoned five years ago.

Some of these areas may not survive in the end, but they’ve banded together to punch well above their weight:

To save themselves and raise awareness of the perils of climate change, a collection of these vulnerable states—from Fiji to the Marshall Islands, the Maldives to the Bahamas—has launched an international campaign. It has been, against all odds, a remarkable success. Together, these mostly poor nations with little hard power leveraged the moral force of their peril to shape the global 2015 Paris Agreement.

TIME's new cover: The leaders of these sinking countries are fighting to stop climate change. Here's what the rest of the world can learn https://t.co/lLHeaREycm pic.twitter.com/NBEzO3WLSV

A new study reveals that at least 571 different plant species have been wiped out since 1750, with the actual number believed to be much higher. As The Guardian reports, “The number of plants that have disappeared from the wild is more than twice the number of extinct birds, mammals and amphibians combined.”

British rock band Radiohead announced they’d been hacked, with demos held for ransom. The group decided to release the demos on their own — for sale with proceeds going to climate activist group Extinction Rebellion.

Gizmodo’s Earther has an update on the Brazilian Amazon’s Free-Air Carbon Dioxide Enrichment (FACE) project, which aims to study the growth response of vegetation in high CO2 areas. The project is in danger due to the government of Brazil’s far-right president Jair Bolsonaro, who is, simply put, one of the single greatest individual threats to the environment today.

The project has been scaled back, but is still ongoing. A number of “constructions” of young trees and saplings will “be filled with CO2 50 percent greater than ambient levels — the possible levels we could see in 2050,” which could led to some fascinating findings.

Boston-based sustainable agriculture company Indigo unveiled its Terraton Initiative, described as “a global effort to remove 1 trillion metric tons of carbon dioxide from the atmosphere and use it to enrich our agricultural soils.” It claims this can be done through “regenerative farming practices,” though the scale obviously requires a massive undertaking.

Therefore, the company seems to be seeking help from almost anyone who wants to lend a hand in the endeavor — scientists, nonprofits, farmers, entrepreneurs, individuals. The Washington Post reports that a number of farmers are adopting the practices already, with Indigo paying farmers $15 per ton of carbon to start.

June 21st will be #ShowYourStripes day! Virtually every country around the world will soon have their own shareable warming stripes.

For those in the USA, this is how annual temperatures have changed from 1895-2018. These graphics will be available for each state & some cities. pic.twitter.com/pOFMqfBTaE

The UK became the first major economy to establish a net zero emissions target this week. But a number of critics don’t believe 2050 is good enough, and The Independent has a good collection of those skeptical voices.

C40 Cities, an organization representing megacities committed to addressing climate change, release a new report called The Future of Urban Consumption in a 1.5°C World. The report concludes that “urban consumption-based emissions must be cut by at least 50% by 2030 in order to maintain the possibility of keeping global temperature rise below 1.5°C.”

High-income areas need to do even more, and aim to cut emissions two-thirds by the same time. But there is hope: “Fortunately, the research finds that if nations, business, cities and citizens take ambitious climate action over the next 10 years, cities will be on track to reduce their emissions in line with a 1.5°C world.”

Sea ice extent is currently the lowest on record for the inner #Arctic Ocean basin. Melt is now beginning to advance along parts of the Siberian coast. pic.twitter.com/ib6OqRTz7p

The New York Times reports on a Trump official who’s gone “rogue.” Which is to say, he has spoken out about how climate change could cause the next financial crisis.

As the article points out, Rostin Behnam is a Democrat on the Commodity Futures Trading Commission. His seat on the commission “by law, must be filled by a Democrat.”

Behnam is using his unique position to speak out on “a scenario where these large providers of financial products — mortgages, home insurance, pensions — cannot shift risk away from their portfolios. It’s abundantly clear that climate change poses financial risk to the stability of the financial system.”

Behnam speaks out a month before Trump International Hotel in Washington DC hosts the latest climate conference from the fossil fuel lobbying organization the Heartland Institute, with the title “Best Science, Winning Energy Policies” — you could make this stuff up, but now we don’t have to.

The institute is one of the foremost climate denial groups in the country, and as Think Progress notes, the conference claims to feature “the courageous men and women who spoke the truth about climate change during the height of the global warming scare.”

Three former heads of the Environmental Protection Agency, all Republican, spoke to ABC News about the state of the current EPA, and they all expressed concerns about where the agency was heading. Based on their assessments, the EPA today is teetering on the edge of failure:

Asked to grade the performance of the current EPA leadership, led by Administrator Andrew Wheeler, the three Republicans agreed on “D” or “a little lower.”