Check out this trippy ‘future of motorcycling’ electric motorcycle design 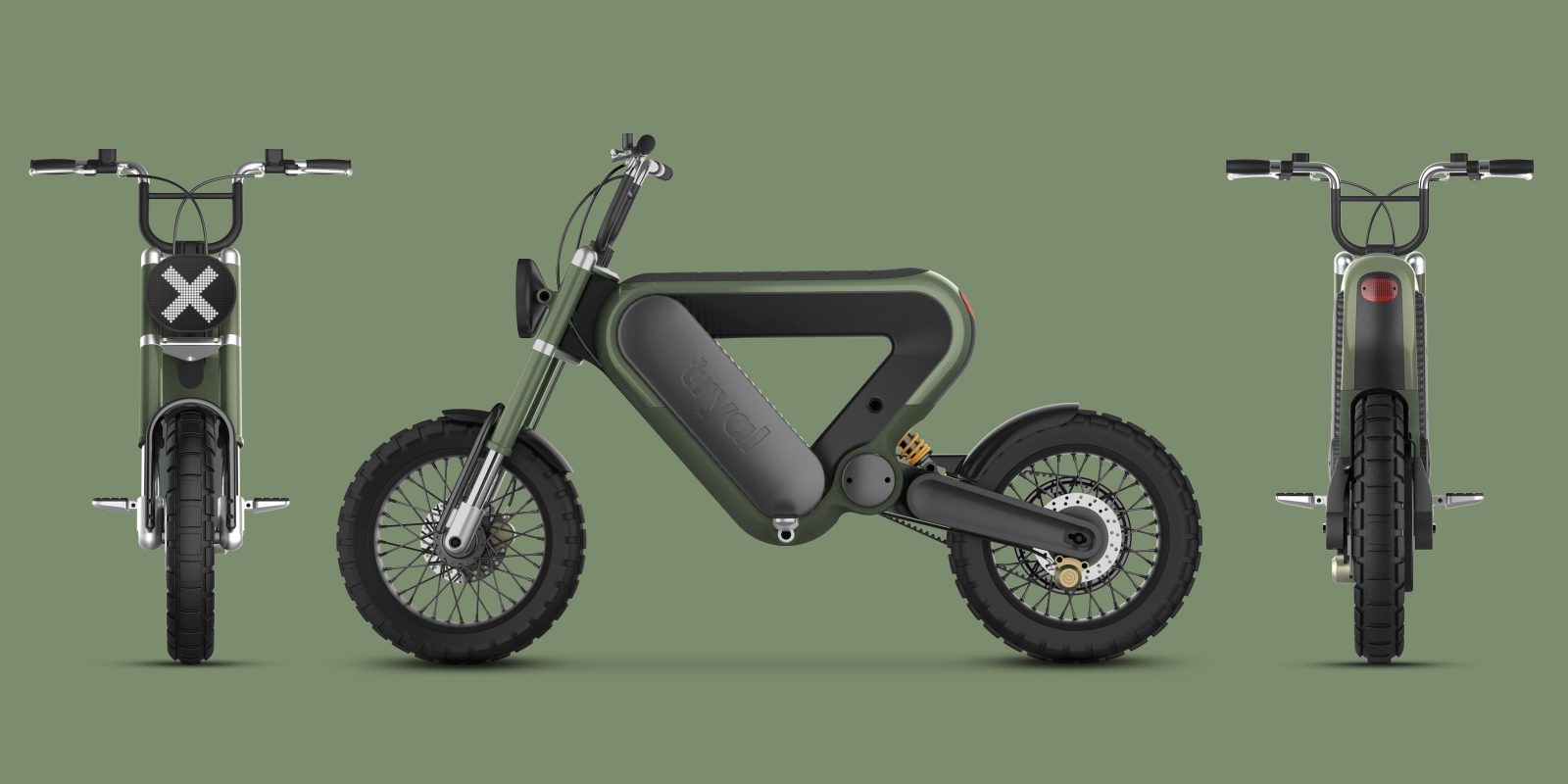 In a recent design contest to demonstrate the “Future of Motorcycling”, this innovative electric motorcycle design known as the Tryal took the top prize.

The Rizoma Design Challenge was sponsored by premium Italian motorcycle accessory design studio Rimoza. It called for design submissions over the last few months and recently announced the winner of the futuristic motorcycle category.

And of course the winning design was an electric motorcycle.

Erik’s electric motorcycle takes something of a mini-bike inspiration similar to the Super73-style trend currently popular in the electric bicycle industry. 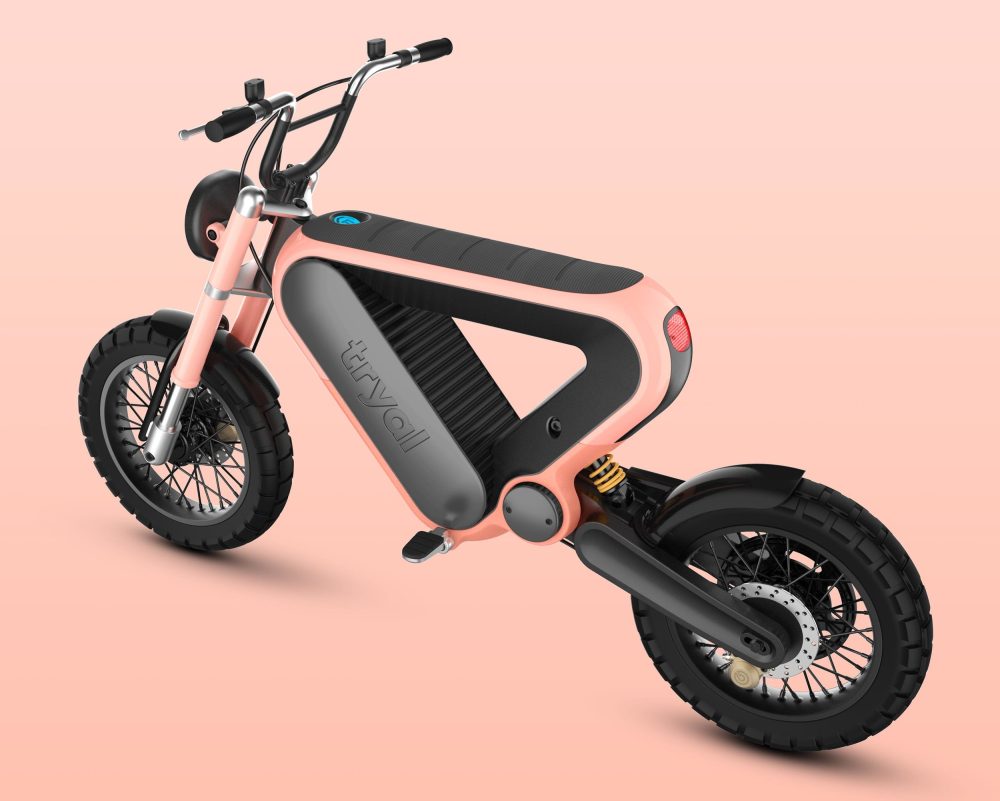 The rounded, triangular body of the Tryal sports a large battery pack built into the downtube area and what appears to be a concentrically mounted motor at the rear swingarm pivot. The motor uses a belt drive, an increasingly common choice to reduce noise and maintenance on already low-noise and low-maintenance electric motorcycles.

A rear monoshock on the swingarm as well as an inverted fork up front comprise the suspension on the Tryal. 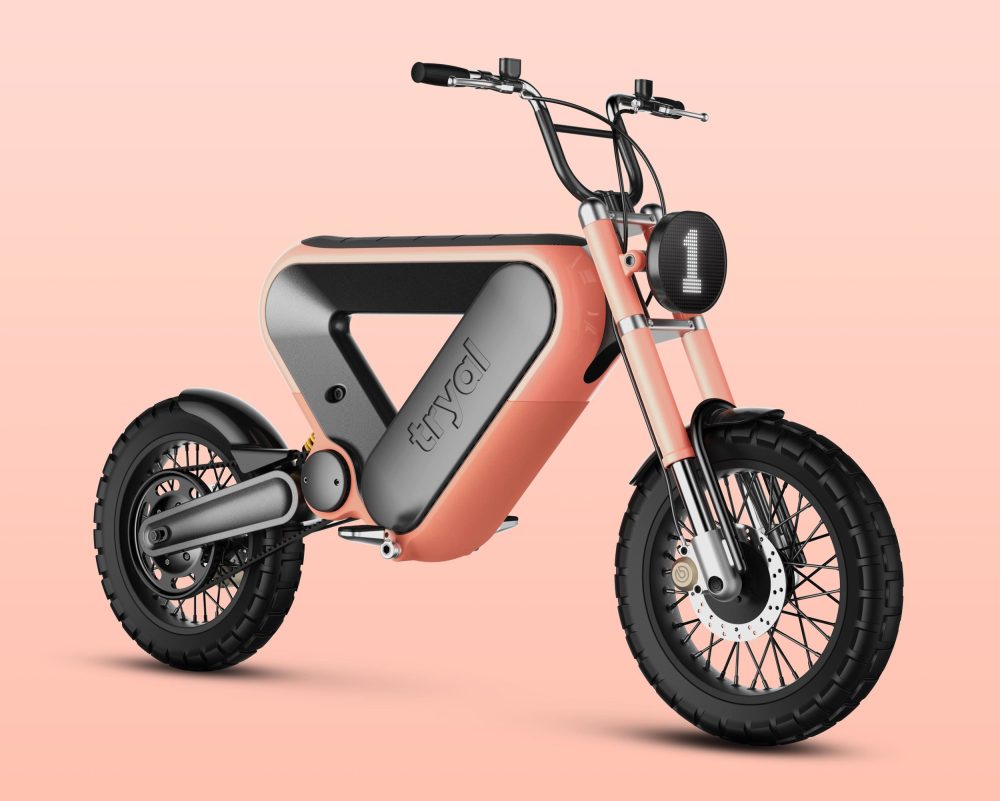 The 14-in wheels and single piston hydraulic disc brakes give the indication that this isn’t designed to be a high speed bike. Rather, it’s likely a lightweight electric scooter falling in the 125-cc class, of which we’ve seen a number of new examples lately.

As Erik describes it, the Tryal is meant to be approachable for new riders:

“The future of motorcycling will hinge on getting more riders on two wheels. Among an industry catering towards performance and horsepower, the Tryal Bike offers a friendlier approach. Simple, approachable and most importantly … fun, this is a bike that is easy for anyone to ride. Bold colours, clean iconic forms, and fun features such as the customise-able dot matrix headlight, makes the Tryal an exciting new choice for future riders. A modern day mini-moto with 14” wheels, electric drive train, and upright geometry the Tryal is a blast for learning or simply a fun way to get around town.”

The Tryal lacks any pillion pegs, so don’t expect to take your girlfriend (or boyfriend!) around on this one. Actually, don’t expect to take the Tryal for a spin at all. This is of course just a design and not likely to make it to the pavement, but it is inspiring to see electric motorcycles receiving their much deserved attention as the “future of motorcycling.”

Unlike gas motorcycles, which have pretty stringent limitations for major components such as engines, gas tanks and exhausts, electric motorcycles can take just about any form factor. Some designers add double motors or shape their batteries like phallus-reminiscent bullets. Others create literal shape-shifting electric motorcycles.

The freedom these designers have allows them to take risks and play with new forms that have never before been possible.

Surely not all (or even most) of these funky new designs will make it off the computer screen, but they will inspire a new generation of electric motorcycle designers and builders to create the bikes of tomorrow.

So congrats to Erik on the Tryal electric motorcycle design, and here’s to seeing many more interesting new e-bikes in the future!