As electric fat tire bicycles, or e-bikes with tires wider than 4 inches, become more popular, companies are responding to the higher demand with an increasing numbers of models. Now California-based Lithium Cycles has revamped their Super 73 line of electric bicycles and introduced the newest and most affordable member of the family, the Super 73Z.

At just $950, it is less than half the cost of other Super 73 models already offered by the company.

Lithium Cycles first introduced their Super 73 e-bike two years ago on Kickstarter, raising nearly half a million dollars to fund its production. Since then, they’ve introduced a series of different Super 73 models with varying levels of performance and accessories.

The Super 73 lineup draws inspiration from minibikes of the 70’s. As BBC Auto’s Matthew Phenix describes it:

It’s the 73’s neo-minibike form that, for a child of the 1970s whose fondest desire in all the world was to own a Honda Z50 Mini Trail, elevates this new e-bike to bona fide object-of-lust status. With fat tyres and a chunky saddle, Lithium’s debut effort is simultaneously pugnacious and whimsical — exactly the virtues that made Honda’s minibike an icon.

Fat tire bicycles aren’t new, and other successful fat tire electric bicycle Kickstarters have shipped bikes for sub $1,000 prices, but what has set the Super 73 apart has undoubtedly been its design.

Despite having fully functional pedals, the Super 73’s wide stance and low seat height helps it feel more like a moped than a true bicycle. And with a longer bench seat, carrying your friend or partner on the back looks, dare I say it, kind of cool? 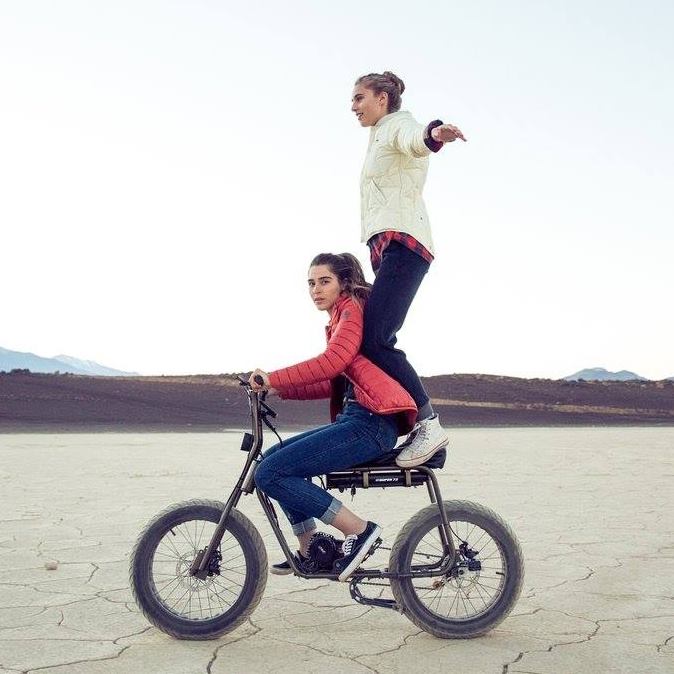 While the first few Super 73 e-bikes were more powerful, feature-packed models that were more profitable for the company to produce and sell (Tesla Model 3, anybody?), Lithium Cycles has finally released a more budget-friendly model with the Super 73Z.

Currently available for pre-order at $950 with shipping slated for late this year, this is by far the most affordable Super 73 model to date.

To reach that price point, Lithium Cycles had to curb some of the more performance-oriented features found on their previous models. Unlike the 1,000 W fun-machine that was the first Super 73, the Super 73Z sports a tamer 350 W motor. Though like most electric bicycles, the 350 watts is likely a continuous power rating, meaning that peak power could be as high as 500-600 W. 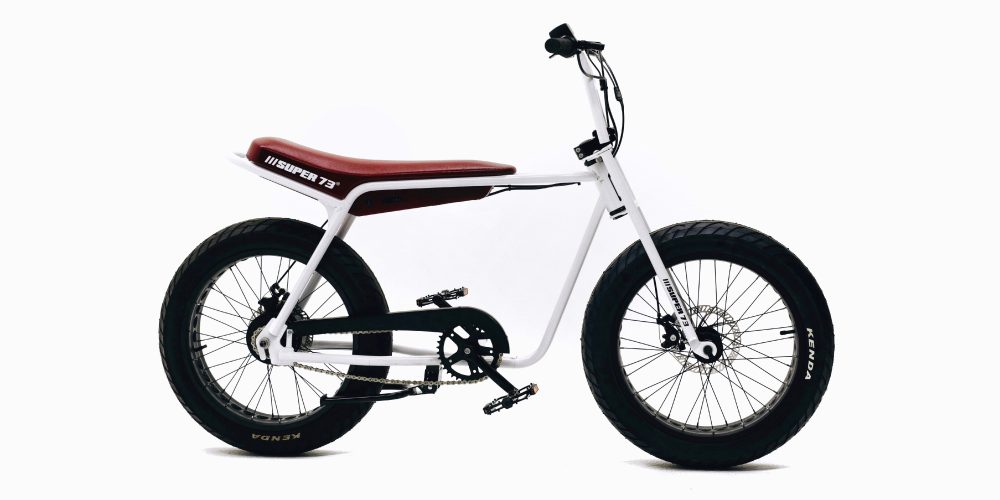 The mid-engine motor of the original Super 73 has also been replaced with a much more affordable rear hub motor. This removes the ability to drive the motor power through all of the bicycle’s gears, instead limiting you to just a single pedal and motor gear ratio. For anyone planning to tackle massive hills, this could be an issue. But for most customers who are looking for some flat land, California cruisin’ style fun, a single gear is usually plenty, especially when the motor is doing the work for you.

The top speed of the Super 73Z is also slightly reduced, clocking in at a modest 15 mph (25 km/h) under throttle-only or 20 mph (32 km/h) with pedaling. There’s no automatic pedal assist though, meaning the bike won’t take off on its own when you start pedaling. For that, you’ll need to grab a handful of throttle and twist. 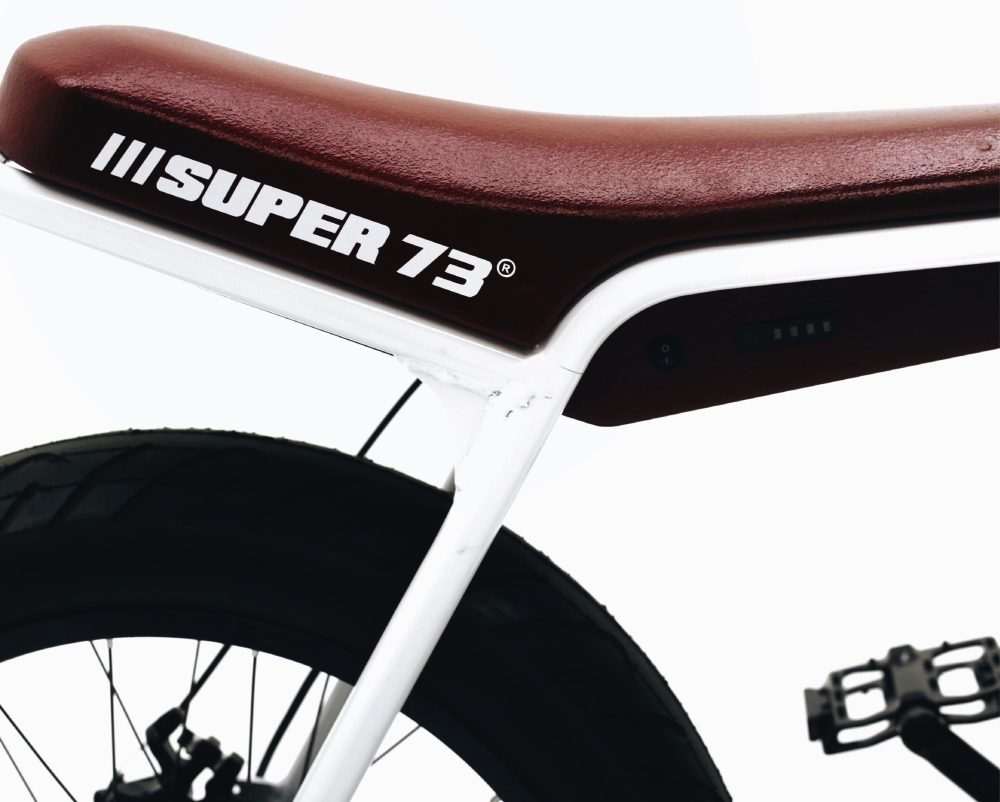 Despite curtailing some of the original Super 73’s performance specs, the Super 73Z still retains the most important parts of the bike that were popular on the original, including the 4″ wide fat-bike tires, disc brakes, the long banana-style seat with low standover height (redesigned for the Super 73Z) and the wide open frame design. The battery is also integrated directly into the seat, maintaining the clean lines and wide open feel of the frame.

The Super 73Z is currently only available in the US, but most of Lithium Cycle’s other Super 73 models are available in the EU, so don’t be surprised to see an international version coming soon.

First of all, bravo to Lithium Cycles for offering a Super 73 model at this price. Their previous models have ranged from $1,500 at the low-end to as much as $3,200. Those higher prices limited adoption of these innovative e-bikes. Now at less than $1,000, the door is finally open for people take a chance and experiment with some fun new e-bike designs.

With such a unique design, the Super 73 has always had its fair share of both fans and haters. For those looking for the best efficiency and overall utility, this might not be the e-bike for you. The frame and large tires are definitely not weight optimized, and I wouldn’t want to carry all 70 lbs (32 kg) of this bike up a few flights of stairs every day.

But if you have a garage or an elevator in your building and want a novel, affordable and fun cruiser, then this electric bike could be exactly what you’re looking for, especially if you’ve been on the hunt for something unique.

I’d rather strap a surfboard to this than a Schwinn any day of the week!