New electric motorcycle startups are not that uncommon these days. But new North American e-moto startups sure are.

The company recently displayed their early prototypes, exhibiting a number of new innovations.

The bike itself appears to be powered by a Zero Z-Force motor, though it is hard to tell which one. And while specs regarding the performance of the company’s electric motorcycle are still sparse, it’s the tech that is perhaps most interesting at this point. 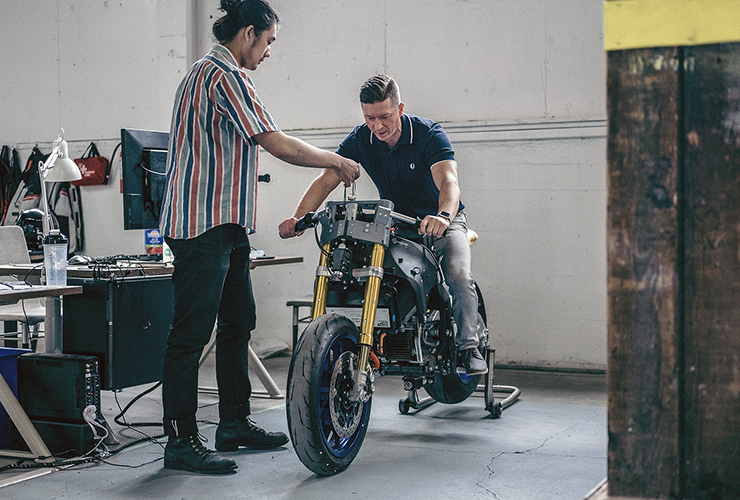 There’s a flexible curved OLED screen in the dash running Android OS to allow the rider to monitor the rear-facing video feed. And if a car moves into the bike’s blindspots, LED warning lights alert the rider.

Vibrating handlebar grips also provide a more intense warning when the bike senses that a collision with another car or object may be imminent. That’s another advantage of electric motorcycles: warnings can be indicated by vibrations. Such subtle notes could easily be drowned out on gas-bikes by the inherent vibrations from the engine.

In fact, the Arc Vector electric motorcycle also uses haptics built into a motorcycle-connected jacket that give the rider subtle shoulder taps indicating the location of cars approaching from behind. That’s a $114,000 electric motorcycle though. Hopefully Damon’s offerings come in at a bit more affordable price. 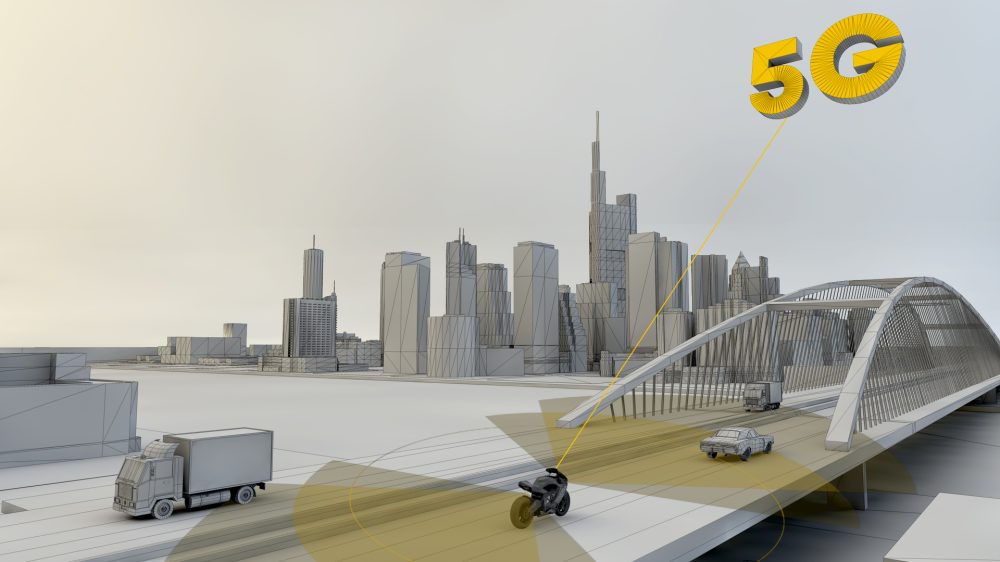 As explained by the company:

“Our Halo bike is intended to be a technology demonstration platform. Electric is the best platform for demonstrating the future of motorcycling and the Halo bike, as a proof of concept bike, allows us to bring many more innovations to market that we are working on. For example, adjustable ergonomics.”

Speaking of those adjustable ergonomics, Damon’s bikes are designed to morph to fit the rider and the ride. Three different points of adjustments allow the rider to electrically move the handlebars, foot pegs and seat. Theoretically, the rider could set the bike in a sportier geometry for the twisties and then reset it for more comfortable cruising.

The exact method for making these adjustments isn’t clear yet, but the bike will come with both an iPhone and Android app, potentially providing a clue regarding customization options. The bike will also have connectivity options including 5G, Bluetooth and WiFi.

Is it weird that today’s electric motorcycles are starting to sound like the bikes I’d expect to find in futuristic Sci-Fi movies?

I’m not complaining – I’m loving these features. Motorcycles shouldn’t come in one-size-fits-all formats, so adjustability is key. The Damon prototypes appear to take the concept of adjustability and run with it.

The safety and riding awareness features also sound quite interesting. I’m sure some of that is going to take some getting used to though. I still get a bit freaked out when my SENA Bluetooth comm device dings in my ear to alert me of a text message on my phone right when I’m hitting the apex of a turn. If my electric motorcycle was lighting up like a Christmas tree to give me all sorts of warnings, well that would certainly be interesting, to say the least. It’s probably a good thing, but it might not feel very natural until I get a number of hours on the system.

We riders can use any safety help we can get though, so I say bring it on. I’m looking forward to seeing what is coming next from Damon.