In what has become an escalating arms race between the major shared electric scooter operators, Bird’s latest salvo is a brand new vehicle. The Bird Cruiser is a moped-style electric bicycle that could change the electric scooter industry as we know it.

Bird just unveiled the new Bird Cruiser, which looks less like a typical Bird scooter and more like an electric bicycle.

It features much larger wheels than conventional electric scooters, a seated riding position, and options for either foot pegs or pedals.

The Bird Cruiser will come with a long, bench-style padded seat designed to fit up to two riders. Rear foot pegs mounted on the swingarm will support the second passenger’s feet.

Speaking of the swingarm, the Bird Cruiser features rear suspension using dual shocks, similar to many classic moped designs. Interestingly though, the Cruiser appears to sport a rigid front fork. That would make it one of the few rear-only suspension bikes out there.

Bird says that the Cruiser will include hydraulic disc brakes for safer stopping, an LCD matrix display for readability and a 52 V battery for powerful acceleration. The motor, which appears to be a rear hub motor, is apparently custom-designed for Bird. The company claims that it should be able to handle fairly significant hills.

There’s no word yet on the power level, though it would be unlikely for the Bird Cruiser to sport a controller rated at less than 20 A. That would put the Cruiser in the 1,000+ W territory, similar to electric bikes like the Super 73.

We also don’t have any real pictures of the Cruiser yet – only renderings. And the renderings leave a lot to the imagination. For example, those disc brakes aren’t going to be stopping very quickly without any calipers. 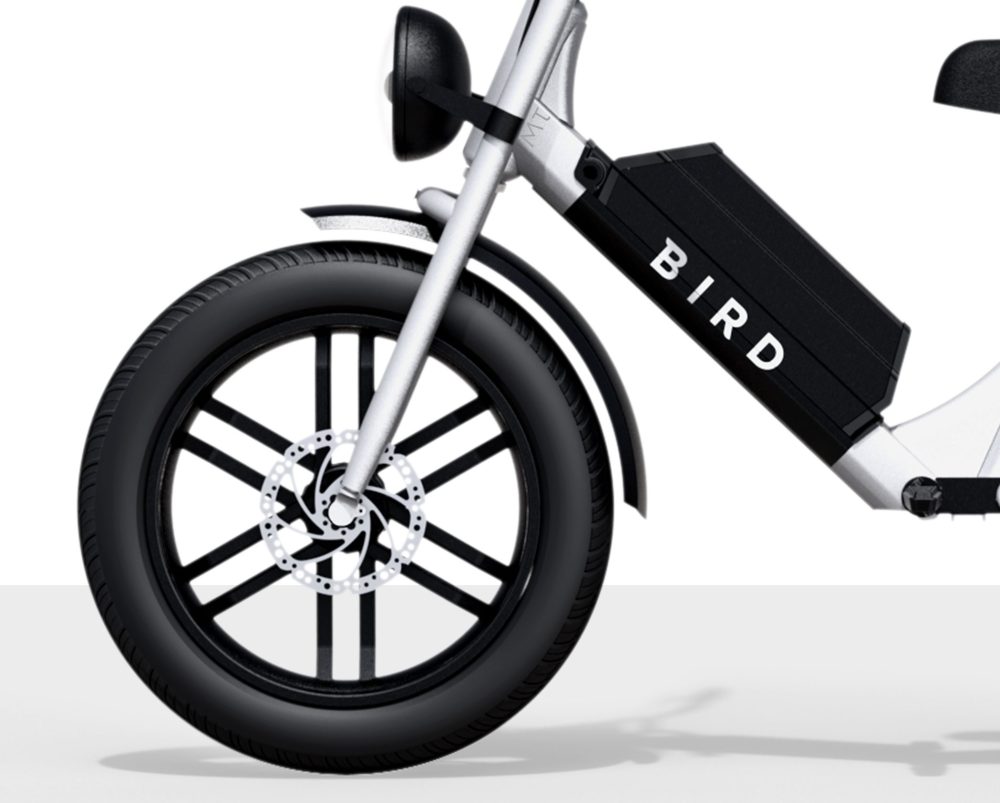 According to Bird CEO Travis VanderZanden:

“Bird’s introduction of shared e-scooters spurred a global phenomenon and mode shift away from cars. To further accelerate progress on our mission to make cities more livable, we are providing additional environmentally friendly micro-mobility alternatives—including Bird Cruiser. Starting this summer, people can move about their city and explore new neighborhoods together, without a car. Designed and engineered in California, Bird Cruiser is an inclusive electric-powered option that is approachable, easy-to-ride and comfortable on rough roads.” 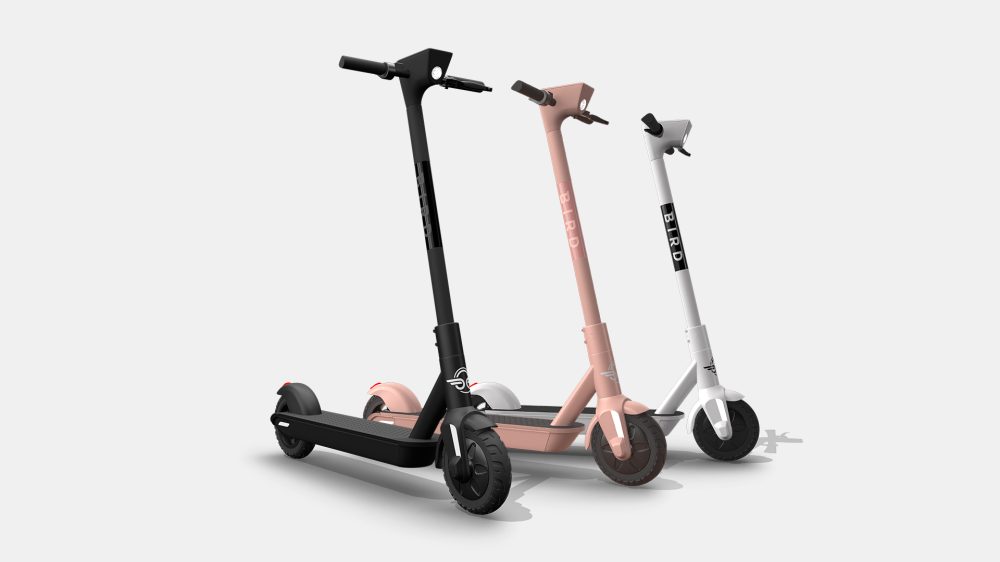 At this time the Bird Cruiser is only destined for use in the company’s shared fleet. It won’t be available for consumer sales like the Bird One scooter. The Cruiser will begin initial trials in select markets this summer.

More info on the Bird Cruiser is available on Bird’s website.

I actually like it. Not only is the design pretty snazzy, but it should be a lot safer too.

Many people feel uncomfortable with the small wheels found on most electric scooters. Even larger, more powerful scooters still have relatively small 10″ wheels. But it looks to me like the Cruiser is sporting 20″ wheels, which should have no problem with bumps or potholes. The tires even look like fat tires, which should help the ride quality and smoothly.

The play by Bird to move towards larger vehicles may be an attempt to compete on multiple fronts. Competitor Lime has long offered electric bikes, and now NYC startup Revel is offering shared electric mopeds that carry two riders. The Bird Cruiser could potentially compete against both.

I wonder how they’ll handle the charging of these Cruisers. The current method of paying freelancers to collect Bird scooters and charge them in their homes may work for small vehicles, but you can’t stuff a rolled Prius full of these e-bikes. 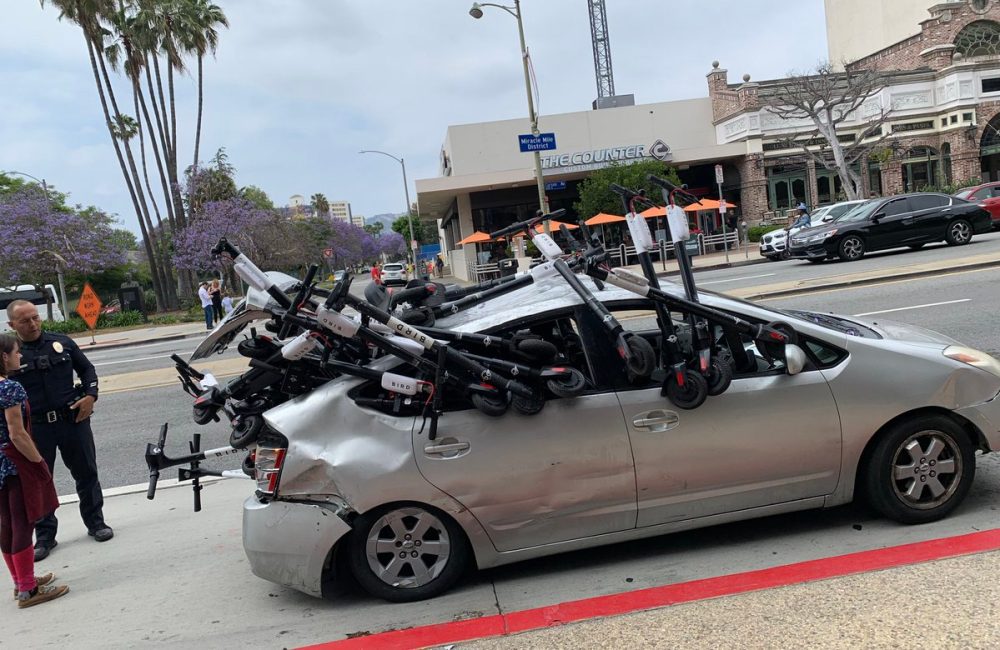 We’ll hopefully be getting a chance to test out the Bird Cruiser soon, and we’ll report back on our thoughts. So far though, I’m optimistic that this could be a real improvement in the shared personal electric vehicle space.