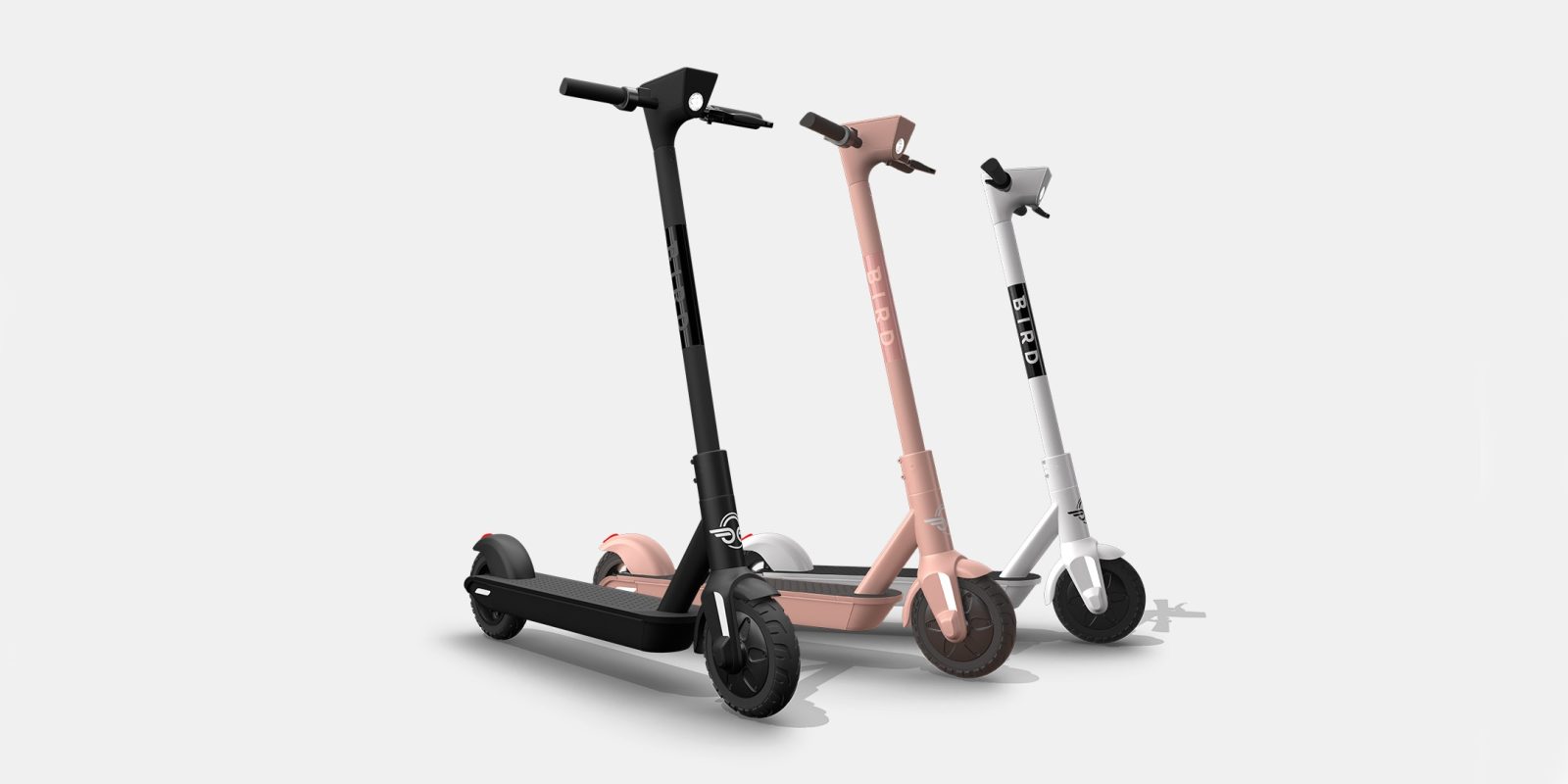 Santa Monica-based Bird is known for being the largest electric scooter sharing company. And while they made their name by renting electric scooters, now they are changing the game entirely. The company just debuted their newest model, the Bird One, which they are selling to the public.

Bird’s scooters started the electric scooter invasion of 2018. The dockless electric scooters are scattered around cities where they can be rented for just a few dollars by scanning them with a smart phone. After a rider has reached his or her destination, the scooter is simply abandoned to await its next rider.

The dockless scooter model caused early controversy, but ultimately won out with its sheer size and public infatuation with the scooters.

And while Bird became famous (and worth $2B) by renting out electric scooters, now the company has added a new option – direct sales.

The company’s new Bird One electric scooter debuted just minutes ago. It is available as part of the shared scooter fleet AND for pre-sales starting today. 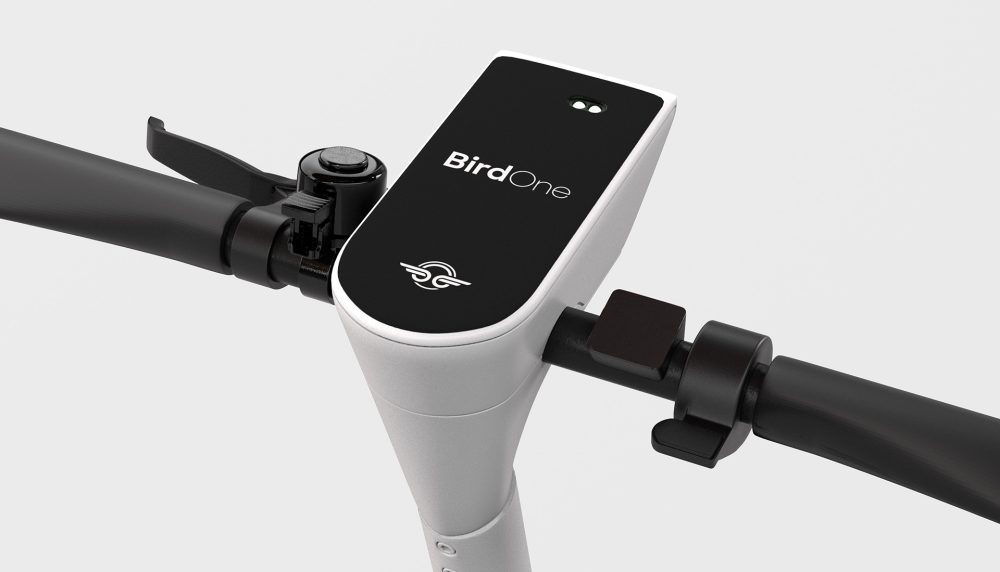 The Bird One electric scooter is the company’s second in-house model. It follows on the heels of the Bird Zero electric scooter and features a number of improvements to make it even more robust.

“Born to ride and built to last, Bird One is the industry’s most advanced and safe e-scooter on the road today for ownership and sharing. Putting the rider at the center of the e-scooter experience, Bird One delivers consumers a comfortable and controlled ride via a vehicle they can rely on to get them where they need to go. Bird One was also built with durability in mind. The new vehicle not only performs more rides in a single day on a single charge, but it will also outlast modified consumer vehicles used sharing by nearly five times. Owners of Bird One can also expect a longer lifespan.”

The Bird One has 474 Wh battery giving it a range of 30 miles (48 km), which Bird claims is twice as far as any other shared scooter. The 18 mph (29 km/h) scooter also features hidden cables, enhanced LED lighting, built-in GPS for anti-theft tracking, over-the-air updates, a mechanical rear drum brake, easy access servicing panels and semi-solid tubeless wheels that are flat-proof. The 38.6 lb (17.5 kg) scooter has a weight limit of 220 lb (100 kg). 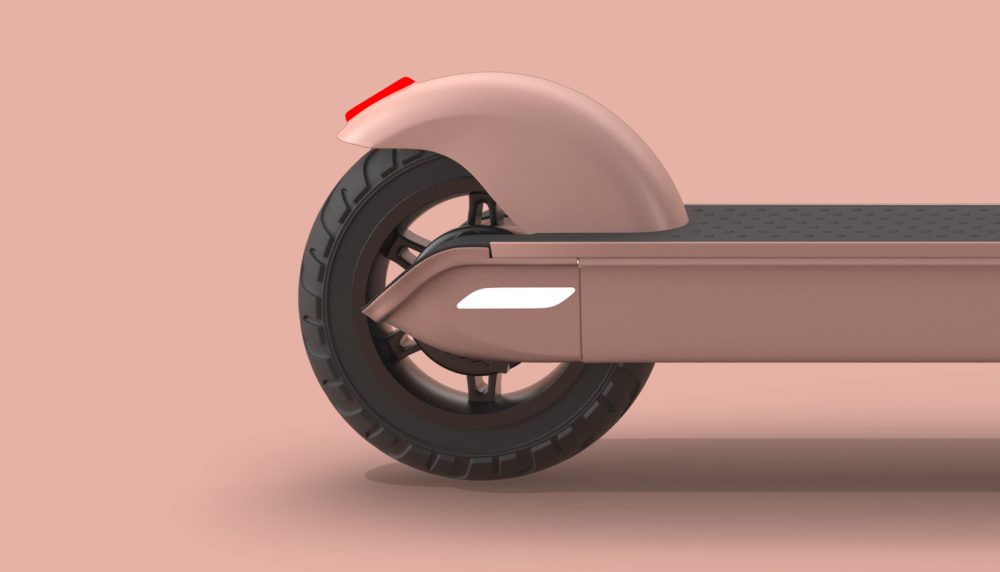 The scooter is designed to withstand the torture of repeated daily rentals and is built from steel-reinforced aluminum. Bird says it will last 4 times longer than the consumer scooters that it currently uses in its fleet.

The Bird One scooter costs $1,299 and comes with a $100 credit towards Bird’s scooter sharing service.

Well this is an interesting move.

I have to say that I didn’t see this coming. Though it makes sense. Bird introduced commuters to the magic of electric scooters, but that caused many people to go out and buy their own instead of continuing to use Bird’s service. Obviously, Bird doesn’t want to lose out on that market share, so offering to sell their own scooter can diversify their revenue model.

The timing is also interesting, considering Boosted has their own premium electric scooter coming out in less than two weeks (which Electrek will be on site for, by the way).

The price is a bit of a shocker though. I’m sure the scooter isn’t cheap to produce, seeing as it comes with a huge battery and features like built-in GPS. But $1,299? Seems pretty high in my opinion.

Another downer is the choice to include airless tires. Sure, you don’t have to worry about flat tires, but the ride quality also suffers compared to air-filled tires. Airless tires work fine on smooth surfaces, but when it comes to irregularities like sidewalk cracks, bricks or pot holes, ride quality takes a nose dive.

One of the few electric scooters that I’ve seen successfully get away with airless tires is the WideWheel electric scooter. With the full suspension on that scooter, you don’t need air-filled tires to serve as shock absorbers. Plus it’s got twice the motors and four times the power for $200 less.

But until I get a chance to test out a Bird One, I’ll hold back on totally condemning the airless tires. The rest of the scooter looks pretty good. And the GPS anti-theft feature is sure to win over some riders that are on the fence about spending so much on a vehicle that could get lifted so easily. I also love the dedicated mechanical brake in addition to the regenerative braking. In emergency braking scenarios, I always prefer a real brake that can stop me more quickly than motor braking alone.

But enough about what I think; let’s hear what you think about the Bird One electric scooter. Let us know in the comments section below!