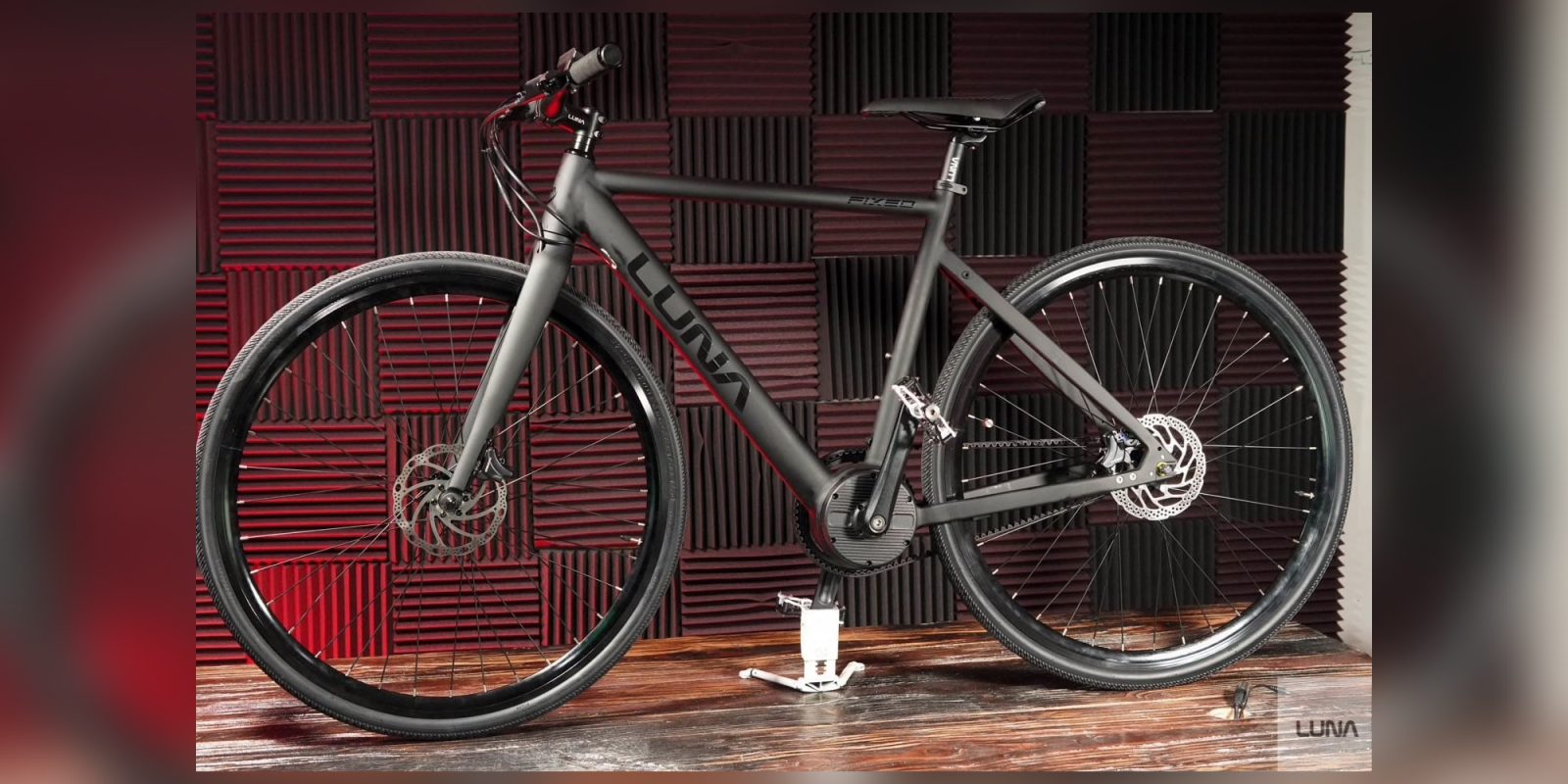 [Note: as astute commenters pointed out, this bike isn’t technically a fixie in the traditional sense. Despite lacking a freewheel like a fixie, it does have a clutch in the mid-drive. Thanks for the point of clarification!]

The Luna Fixed is a fixed gear styled electric bike. For the uninitiated, fixed gear bikes are generally minimalist frames lacking cable clutter and have their pedal input rigidly connected to the rear wheel without a freewheel, meaning if the bike is moving then the pedals are moving too.

But while old school fixies may be a timeless classic, the Luna Fixed offers a very 21st-century twist. A 400 W mid-drive motor and 250 Wh battery are both hidden in the 6061 aluminum frame of the unassuming bike.

That turns the Luna Fixed into a potent commuting machine without the bulk found in many other e-bikes. In fact, the bike weighs in at just 39 lb (17.7 kg). That might not be the lightest electric bike in the world, but it sure is light. 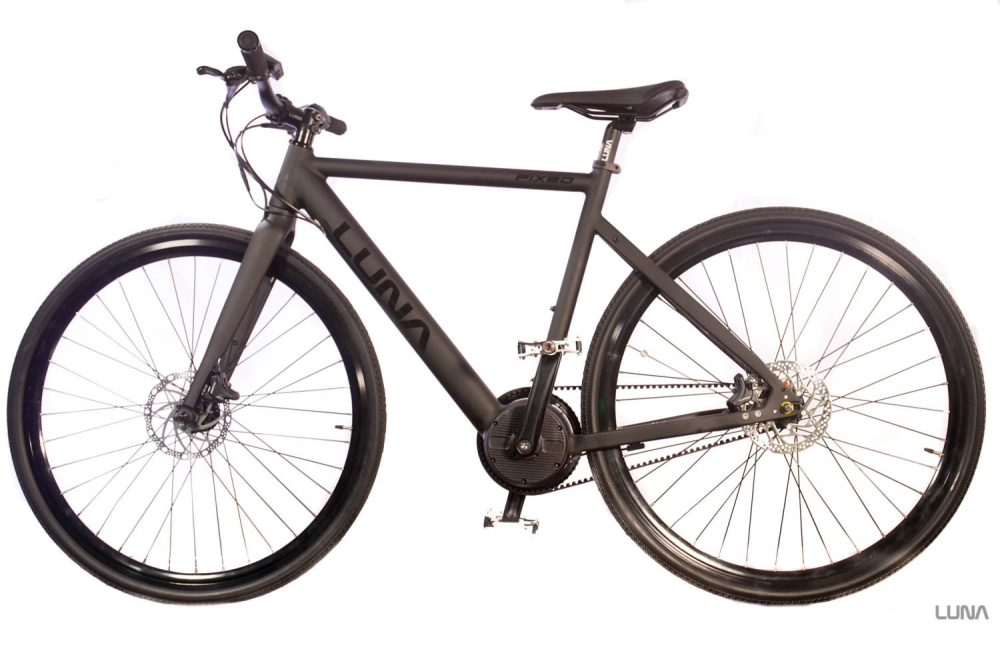 A collection of high-end parts

Luna has designed the Fixed to include a number of quality components. The bike uses a Gates Carbon Drive CDX belt drive system, offering low maintenance and silent operation. That drive feeds into a 3-speed Shimano internally geared rear hub.

Single speed fixies can be fairly limiting as they are forced to choose between being geared lower for hill climbing or higher for speed. But with an internally geared hub, the Fixed can have it all.

And while most fixies lack brakes entirely or feature just a front mechanical brake, the Luna Fixed comes with front and rear Tektro hydraulic disk brakes.

There is no throttle, and instead the mid-drive motor includes a torque sensor to provide pedal assist. Torque sensors are superior to older cadence sensors, and provide more accurate power based on the power output of the rider.

The Luna Fixed’s mid-drive also doesn’t have a top speed cutout. While other mid-drives often stop providing electric assist at 15-20 mph (25-32 km/h), the Luna Fixed will continue to provide power as fast as you can possibly pedal it.

The Achilles heel of the Fixed may be its small battery. With a 250 Wh battery made of Panasonic GA cells in a 10s2p configuration, the 36V 7Ah pack can only reach a maximum range of around 20 miles (32 km) with significant pedaling. While that might be enough for many commutes, it is still much lower than the 70-100 km range offered by other bikes with capacities as high as 700 Wh.

The upside is that the battery is small enough to be completely hidden inside the frame, along with all of the wiring. And with a small display, the Luna Fixed is as stealthy as it gets for an e-bike.

The cost is also on the diminutive side – clocking in at $1,750. Sure, that’s more than a lot of budget e-bikes we’ve seen, but it’s a pretty amazing price considering the parts list. Other bikes we’ve reviewed with Gates Carbon Drives, mid-drive motors, and hydraulic disc brakes have prices in the $3,500 to $6,000 range.

How can Luna sell the Fixed for so cheap?

Luna Cycle has a few tricks that help bring the price down.

First, the company doesn’t have any dealers. Luna uses a direct-to-customer model that cuts out the middleman. It ships the bike directly to your door for an additional $150 flat fee.

Second, they don’t include a warranty on the bike outside of a 30-day guarantee against defects or dead-on-arrival bikes. Instead, they offer optional 6-month or 1-year warranties for an additional cost.

“You are saving a lot of money by buying direct from the manufacturer, but it does have its drawbacks. If you are the person who requires a lot of mechanical help and support we suggest you buy your ebike from a local ebike shop.

Shipping a heavy electric bike is expensive, and if you buy your bike from us you will be required to do your own maintenance and repair work.”

The company also does not accept returns once the bike has been opened.

And third, while the Fixed includes many nice parts and features, some of the components are entry-level. For example, hydraulic brakes are great – but the ones included are Tektro’s entry-level hydraulic brakes. Same for the Kenda tires. Same for the Shimano IGH 3 speed hub. All of these parts are good quality – they just aren’t the top shelf model that each of the suppliers offer.

So with a combination of the factory direct model, limited service/support and good-yet-entry-level parts, the Fixed works out to be a very affordable package. I don’t think you’ll ever find another e-bike with these parts and specs for this price.

What do you think of Luna’s new electric fixie-style electric bike? Let us know in the comments below.