Japanese motorcycle manufacturers have spent years lagging behind their American counterparts when it comes to electric motorcycles. But that seems to be changing over the past few months as major players like Honda, Kawasaki and Suzuki have begun showing EV progress. Now Yamaha is the latest to join the fray, as revealed in a series of new patent applications.

The most memorable are likely the PES2 and PED2 that Yamaha first unveiled back in 2015.

Yamaha even claimed that a production electric motorcycle based on the PES2 was on the way, though it’s been nearly four years and we’ve heard nothing else on the subject.

But now we’re getting a better look at Yamaha’s electric motorcycle R&D efforts thanks to a pile of new patents. The patents show a series of Yamaha motorcycles with electric motors, and largely focus on the charging solutions for each style of bike. 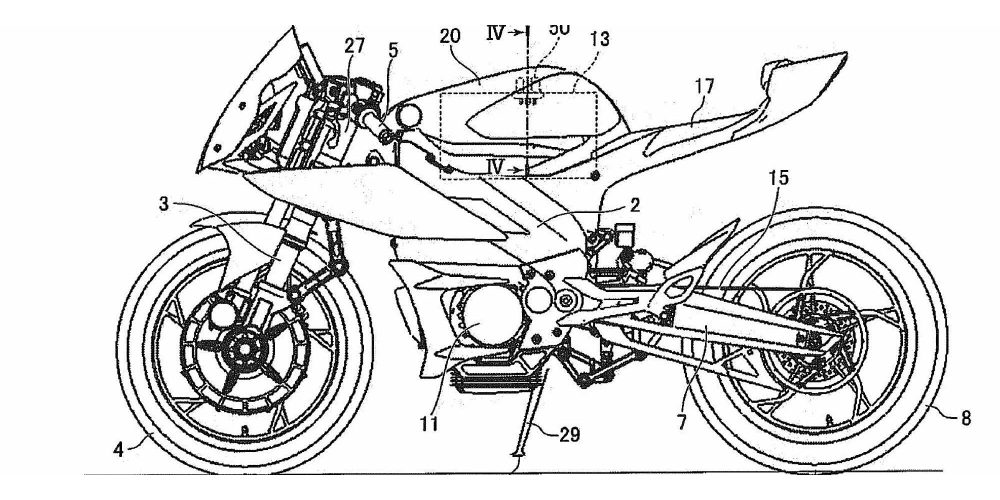 Electric motorcycle charging is becoming a hot topic in Japan. The Big Four (Honda, Yamaha, Suzuki and Kawasaki) recently formed a consortium to focus on electric motorcycle batteries and charging systems in hopes of creating a single standard.

Yamaha’s patents show that the company is playing with different locations for charging ports on each of their bikes. One patent shows the original Yamaha PES2 with a charging port mounted on the top of the tank area, similar to where a gas-powered motorcycle’s fill cap would be located. That’s a common charging port location on electric motorcycles and can be found on everything from the Harley-Davidson LiveWire to Zero’s Chargetank.

Interestingly for Yamaha’s design, they offset the charging port to the right side of the fake tank, which keeps the charging cable centered on the bike while it is leaning over on the side stand. Ideally that should keep the bike more stable and hopefully prevent it from falling over if someone should trip on the charging cable. 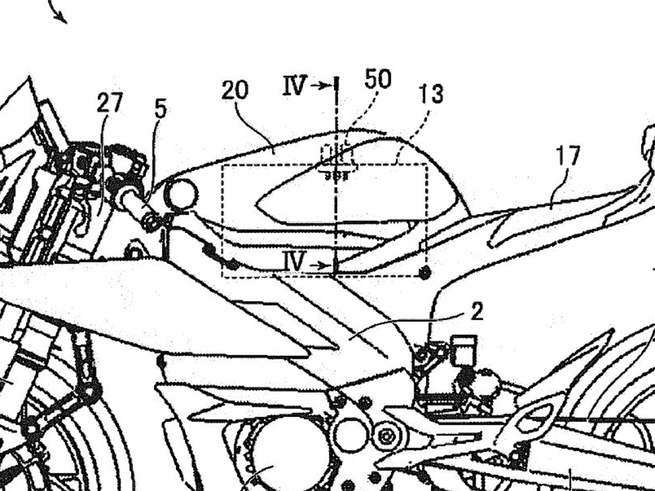 The next patent shows a naked bike that looks much like Yamaha’s MT-07.

In this design, Yamaha gets a bit more creative in the location of the charging port. The patent suggests that the company could place the charging port under the flip-up pillion seat just behind and above the rider’s seat. 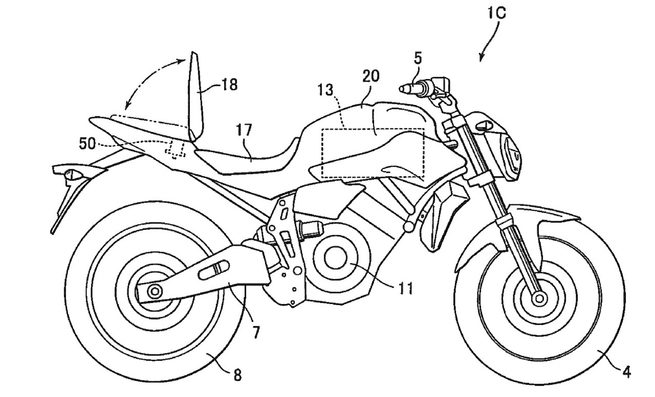 A third option shows what appears to be an electric version of Yamaha’s R1 superbike. For this bike, Yamaha proposes one of the more creative options seen on an electric motorcycle. The charging port appears to be tucked just inside the base of the windshield or alternatively hidden behind one of the headlights in the front fairing assembly. 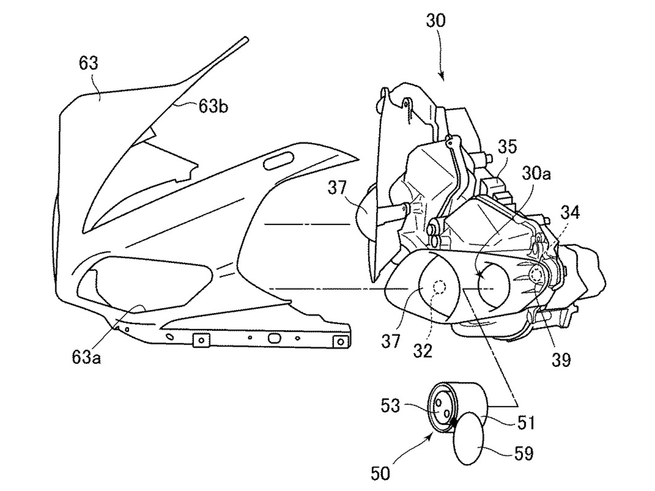 While these different designs certainly demonstrate Yamaha’s design considerations, there’s no guarantee that they’ll ever see the light of day. But merely their existence is good news for those that have been hoping for a Japanese electric motorcycle to rival American designs like those from Lightning and Zero.

And even if Yamaha is working towards bringing these designs to production, there’s a chance they could be edged out by rival Kawasaki. Patents from Kawasaki were recently uncovered that showed what appears to be an electric version of a Kawasaki Ninja with swappable batteries. And Honda has already made it off the drawing board and onto the dirt with their new CR Electric dirt bike concept (see video below). The Big Four could be racing towards electric motorcycles faster than we think.