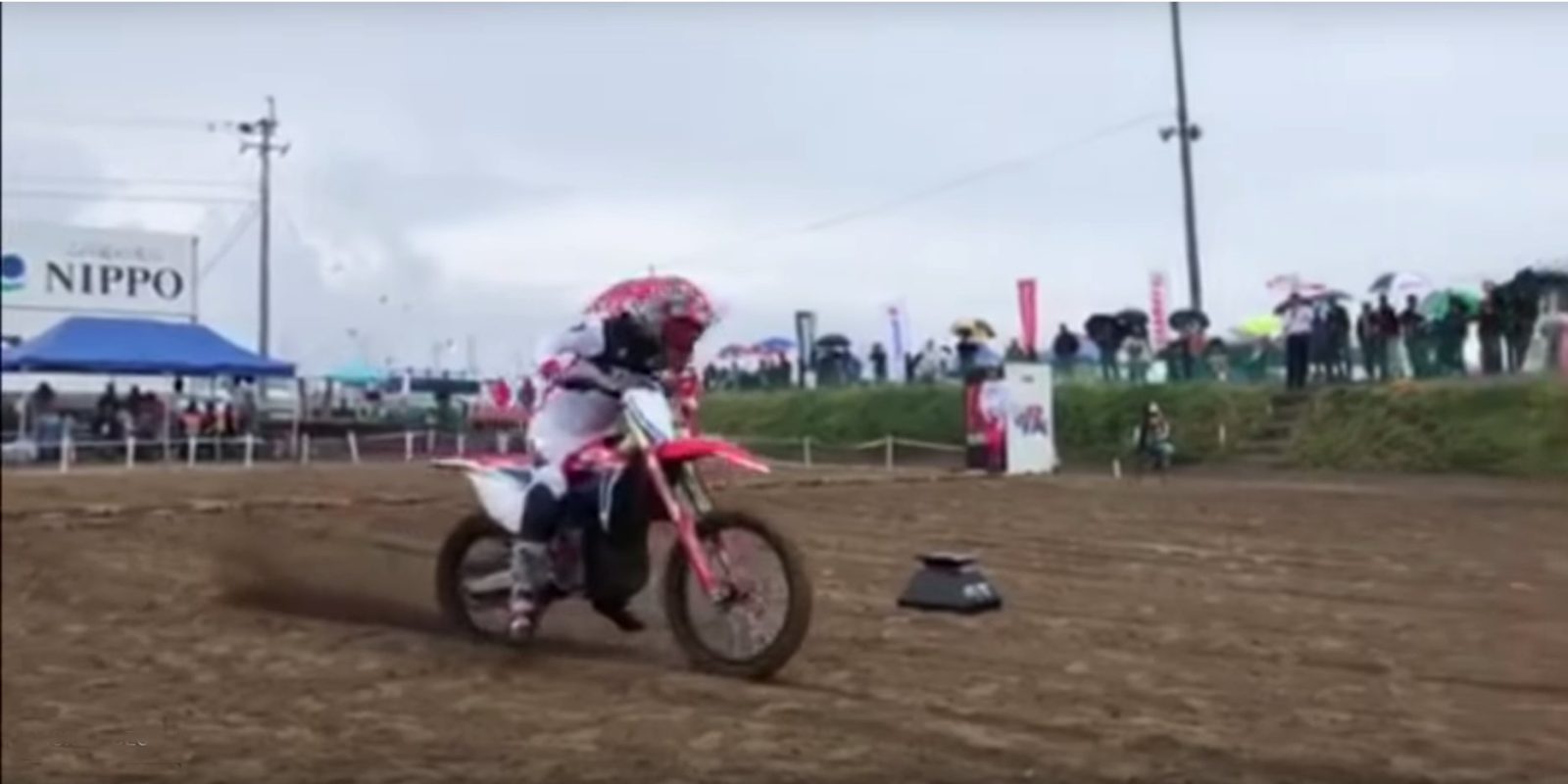 Honda recently took their new CR Electric dirt bike concept to the track. It was captured on video displaying some impressive performance.

Check out the video below to see it in action.

Honda first unveiled its new electric dirt bike concept at the Tokyo Motorcycle, where Electrek was able to see it firsthand.

The bike uses a frame and suspension similar to the Honda CRF250 and CRF450, but swaps in an electric powertrain. The twin-spar aluminum frame that has defined Honda’s CRF line of dirt bikes now supports an electric motor in place of the standard ICE powerplant.

Honda is being tightlipped on the details and won’t yet share power figures, so we can’t say for sure how many kW the electric motor is capable of.

That motor isn’t a Honda part either. It was developed by Mugen — a company Honda has worked with in the past. Mugen is perhaps better known for the Shinden electric race bikes that compete in the Isle of Man electric races.

But what we do know is that this electric dirt bike can fly off the line. Check it out below:

The rider, who is reported by RideApart to be Kazumasa Masuda, is seen leaning way out over the handlebars to keep the front wheel down on takeoff. The CR Electric concept is nearly out of frame within a few seconds. The standard braaap braaap braaaaap is of course gone (thankfully) and replaced by the modest whirr of the electric drivetrain. The sound disappears entirely as the bike takes the first turn in the track. 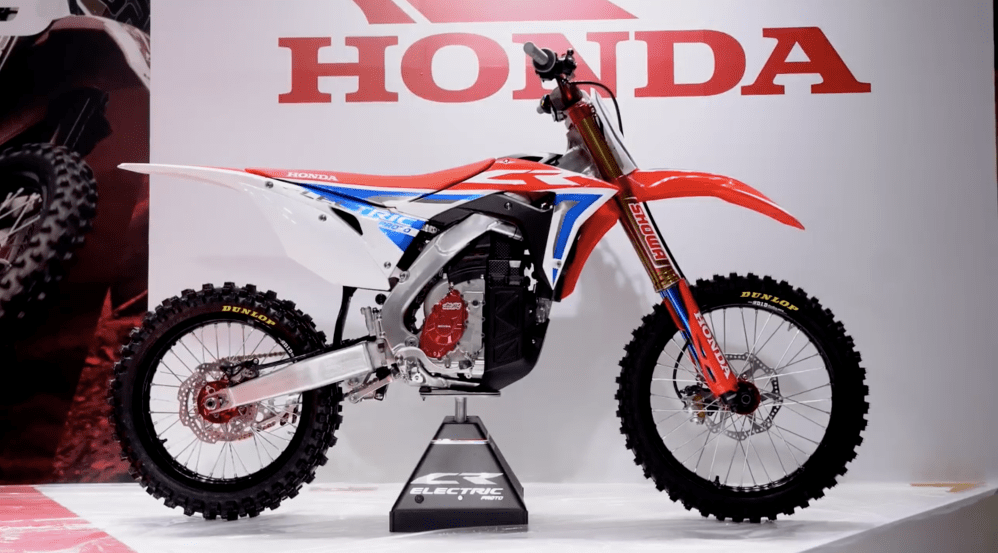 We’d love to know more about the tech specs in the CR Electric concept, but will have to wait until Honda is ready to share.

Just a week later, a patent filing appeared by Kawasaki for an electric Kawasaki Ninja with a swappable battery pack.

Harley-Davidson is working on its own light electric dirt bike, though the concept doesn’t have a scheduled release date yet.

What do you think of the Honda CR Electric concept dirt bike? Let us know in the comments section below.