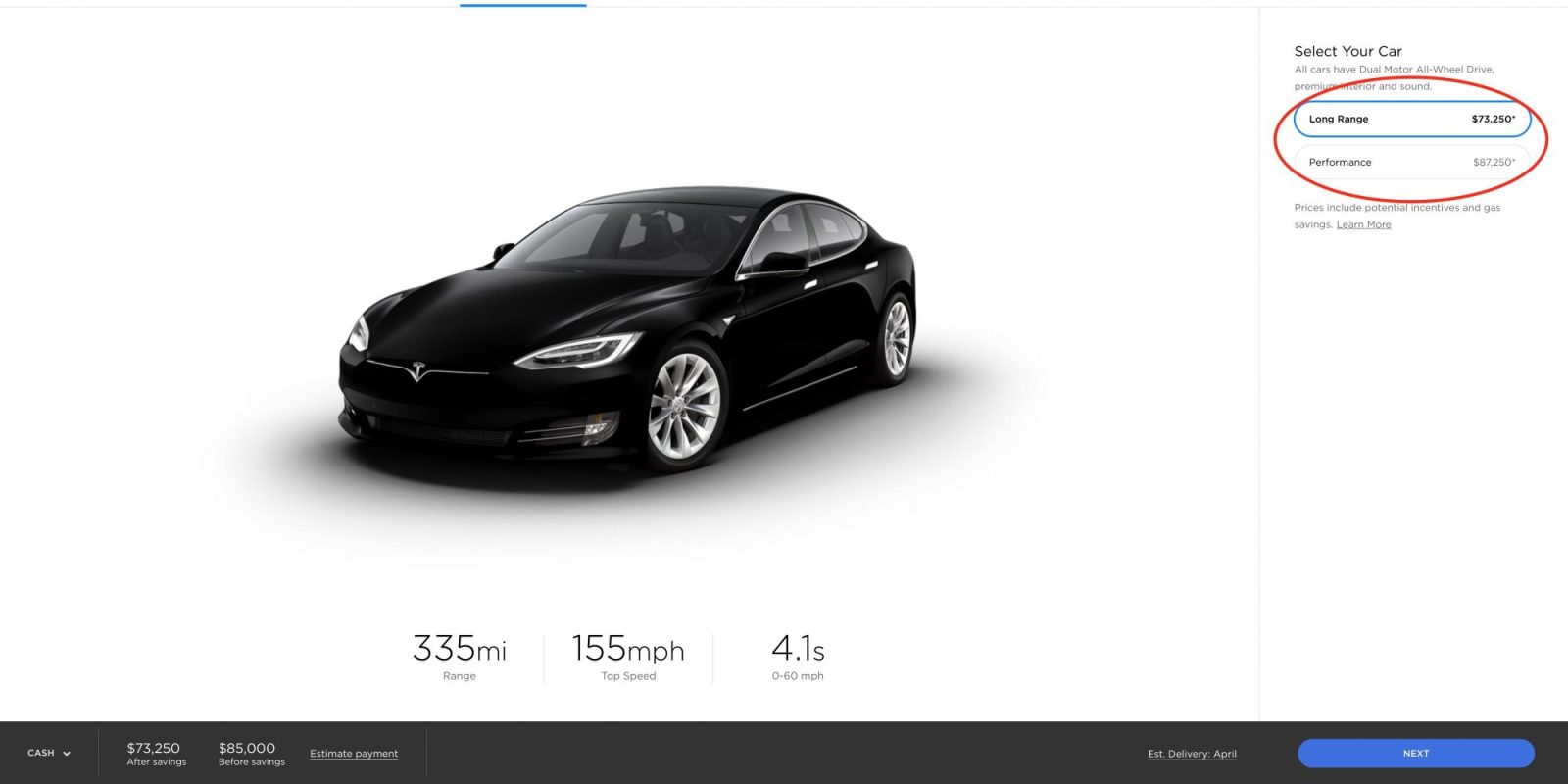 There have been a dizzying amount of price and option changes over the course of the last few weeks, with something changing pretty much every day.  And today is no different.  One day after Tesla raised prices across its lineup (as expected after a change in retail strategy), Tesla has also dropped the base “Standard Range” battery pack from the Model S line.

Yesterday, prices on the Long Range model were raised to $85,000, and the Standard Range model raised to $80,500.  But anyone who wanted that standard pack had to act quickly, because the option no longer exists on the website.

When Tesla added this “Standard Range” pack, they chose not to offer the same pack for Model X.  Previously, the S and X had both had a software-locked battery pack option, but these options were killed when the Standard Range pack was announced.

As Fred mentioned in his article when Tesla announced this battery pack option, these price changes from Tesla are happening way too often.  Even for those of us who follow the company closely, it’s nearly impossible to keep track of all of them.

And that article was written before much of the craziness of the past few weeks, just after Tesla committed to changes in retail strategy and autopilot/self-driving options, before they went on to execute those changes (while offering big price drops which caused some owners to protest), then walked back both changes (after a slight delay), all while announcing a new vehicle, changing incentives for buyers, and resurrecting the formerly-dead referral program (incidentally, feel free to use our Tesla referral code if you’re buying a car).

If it was hard to keep track then, it’s impossible now.  To be fair, this isn’t really a change in price, but a change in option availability to be more in line with the Model X.  But still, it would be nice to have a few days off from these constant changes.

As for the possible reasoning here: as I mentioned in my article about the Model Y unveiling, one of the persistent rumors around Tesla is that there will be a Model S/X refresh “soon,” largely due to the Model 3 being out, successful, and really beating the Model S at its game.

The Model S and X seem due for a refresh, so it’s possible that Tesla’s rearrangement of option configurations could have something to do with that.  But that’s just speculation, and it hasn’t taken a refresh for Tesla to make big changes to option levels before.

So it’s hard to read their mind on this one.  Maybe it doesn’t mean anything.  But if you wanted a Standard Range Model S, it looks like you missed out.  Or maybe you’ll just have to wait a couple days until Tesla changes their mind again.