Tesla has been making many changes to its vehicle lineup lately and it is making one more today: the Model 3 Mid Range battery pack is now discontinued.

The automaker brought the Mid Range battery pack to market in October 2018 in order to offer a cheaper option to reservation holders who were hoping to have access to the full federal tax credit in the US.

It was a compromise to compensate for Tesla’s inability to bring the ‘Standard Range’ battery pack, which enables the promised $35,000 base price.

The automaker updated its website late Saturday to remove the option from the Model 3 online configurator: 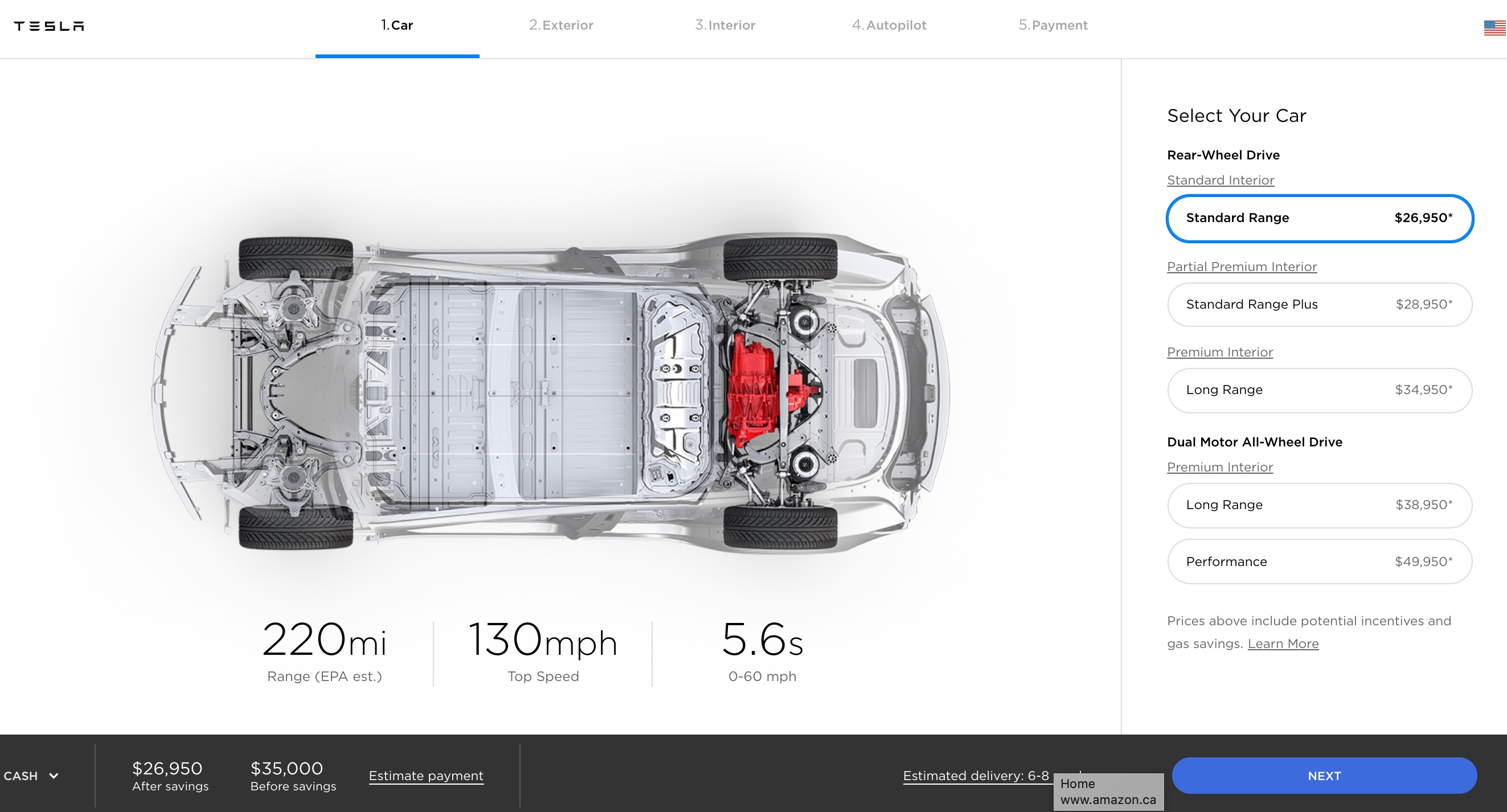 Now only the two new ‘Standard Range’ and ‘Standard Range Plus’ options are available along with the Long Range pack, which has been the main battery pack option since Model 3 went in production back in 2017.

The change comes ahead of Tesla’s planned increase of prices across its entire lineup (except for the base $35,000 Model 3) on Monday.

CEO Elon Musk said that the price increase was due to Tesla partially reversing course of its sale strategy transition.

I always felt that the Mid Range Model 3 was a great value option, but I guess it’s not as much the case now that ‘Standard Range Plus’ is an option.

If Tesla is removing it from the US configurator now, it likely means that they are stopping production and it likely will never be an option in other markets, like Europe and Asia, where only the Long Range battery pack is available now.

Not sure how big of a loss it is for people. I think the Model 3 lineup was probably getting a little too crowded.