Tesla is updating its Model S and Model X lineup today by launching cheaper options with a software-limited battery pack and debundling the ‘Ludicrous upgrade’ from the Performance version.

The automaker also made some other changes to its options and Electrek brings you all the details right here:

After Elon Musk announced that Tesla is discontinuing the 75 kWh battery pack for Model S and Model X, there was a lot of speculation about Tesla replacing it with something else.

Many were hoping for a hardware upgrade, but Tesla is instead going back to its old model of “software-limited battery pack” – meaning that it is only producing one battery pack for Model S and Model X, the 100 kWh pack, but it is offering two options and one of them is limiting the energy capacity accessible.

The company is also moving away from using the energy capacity of its battery packs as part of its naming scheme.

That’s something that Tesla already started doing with Model 3, but it’s now spreading to its entire vehicle lineup.

What Tesla now calls ‘Model S and Model X’ are the base version of the electric sedan and the SUV equipped with a software locked 100 kWh pack.

Tesla is not sharing the capacity at which the battery pack is locked, but it is sharing the range, which is much higher than the recently discontinued 75 kWh versions: 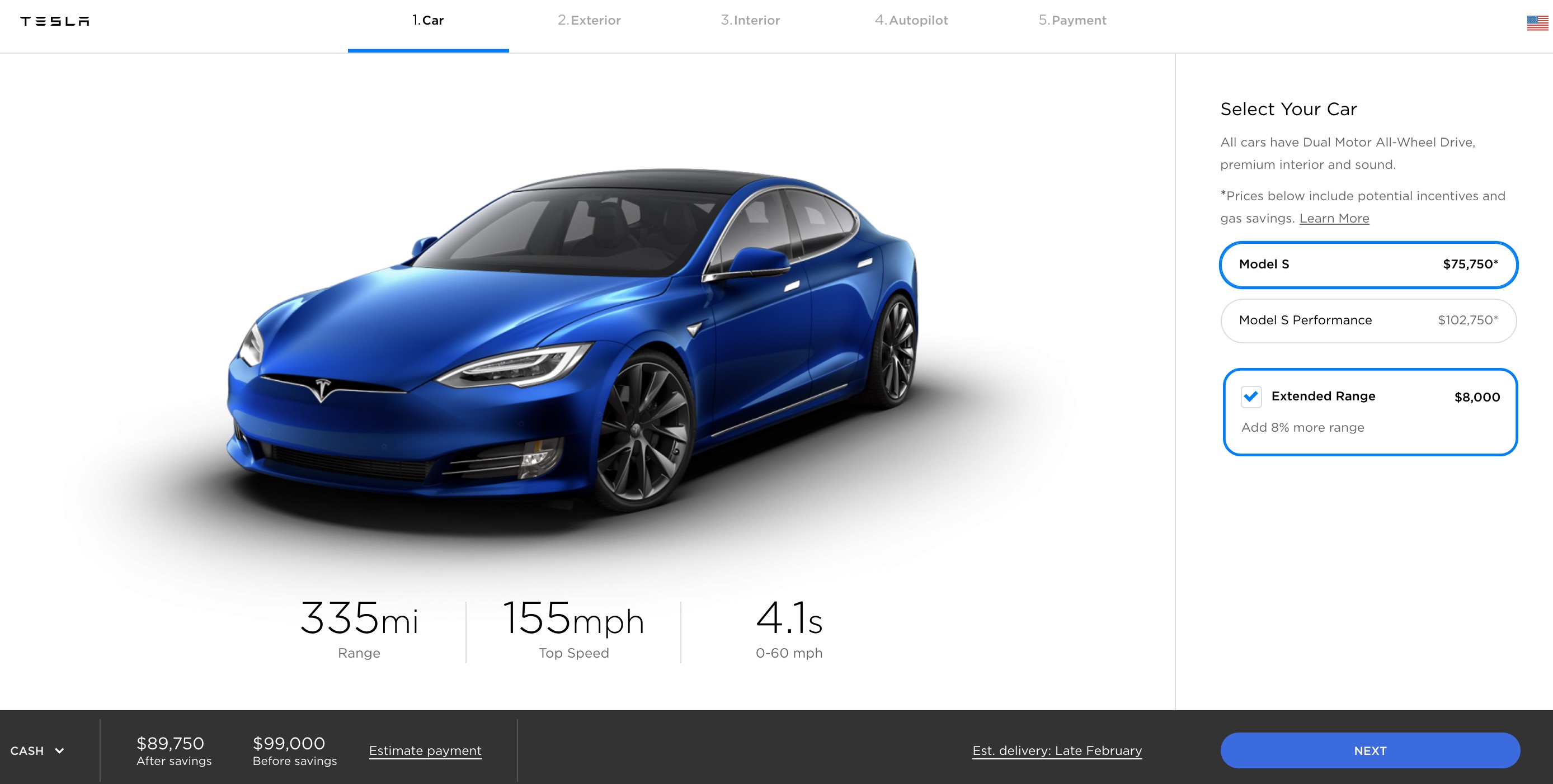 Nothing has really changed for those models beyond the name, but Tesla did make them $1,000 cheaper:

The performance versions, which used to be Model S and Model X P100D, are now just called “Model S and X Performance” – just like Model 3 Performance.

But now they are also less expensive because Tesla unbundled the ‘Ludicrous Upgrade’ from the performance versions, which makes them cheaper.

You can still buy the car with the Ludicrous Mode to get the full performance, but it comes at a pretty premium:

Model S and Model X owner can upgrade to the “Extended Range” version through an over-the-air update whenever they are willing to pay for it.

Same goes for Model S and X Performance wanting the Ludicrous Mode, which used to be a hardware upgrade but it now looks like Tesla is making standard and software-locked on the performance versions.

Those new versions of Model S and Model X are now available for sale on Tesla’s website.

For those of us in the community who were expecting a hardware upgrade, especially a harmonization of Tesla’s battery architecture based on Model 3’s 2170 cells, this is disappointing.

From a business standpoint, it makes sense.

Tesla is streamlining the lineup significantly by basically making a single version of Model S and Model X with the exception of a slightly more powerful powertrain for the performance versions.

From a customer standpoint, I would choose those software-locked versions over the “Extended Range” versions any day.

It looks like Tesla is locking about 8% of the battery pack and it is asking $8,000 to unlock it.

You mostly never charge to 100% anyway and 310 miles of range is plenty if you decide to charge completely (or up to 92% in reality).