Tesla has officially launched the Model Y at an event in Hawthorne tonight and it came with no big surprises but definitely delivered on specs in the higher end of our expectations.

They announced a Model Y range of up to 300 miles for the compact electric SUV based on the Model 3 platform, which is surprisingly going to offer up to 7 seats.

As anticipated, there’s no big surprise when it comes to Model Y’s design since it is based on Model 3 and meant to be a crossover/compact SUV version of the sedan.

CEO Elon Musk had warned us about that, but it is still quite shocking when seeing Model Y in person.

It took a few seconds for my brain to register that I wasn’t seeing a Model 3 – especially since it was right next to a Model X and a Model 3:

It is definitely sitting a little higher than Model 3. In this picture, you can see that it is almost the height of Model X.

The bigger size enables a total of 66 cubic feet (1.9 cubic meters) of storage space and one of the bigger surprises is that it will indeed have an optional third row for up to 7 seats, which has been rumored.

We have yet to take a good look at the third row (it was folded for the test ride) and Tesla has so far only released this picture: 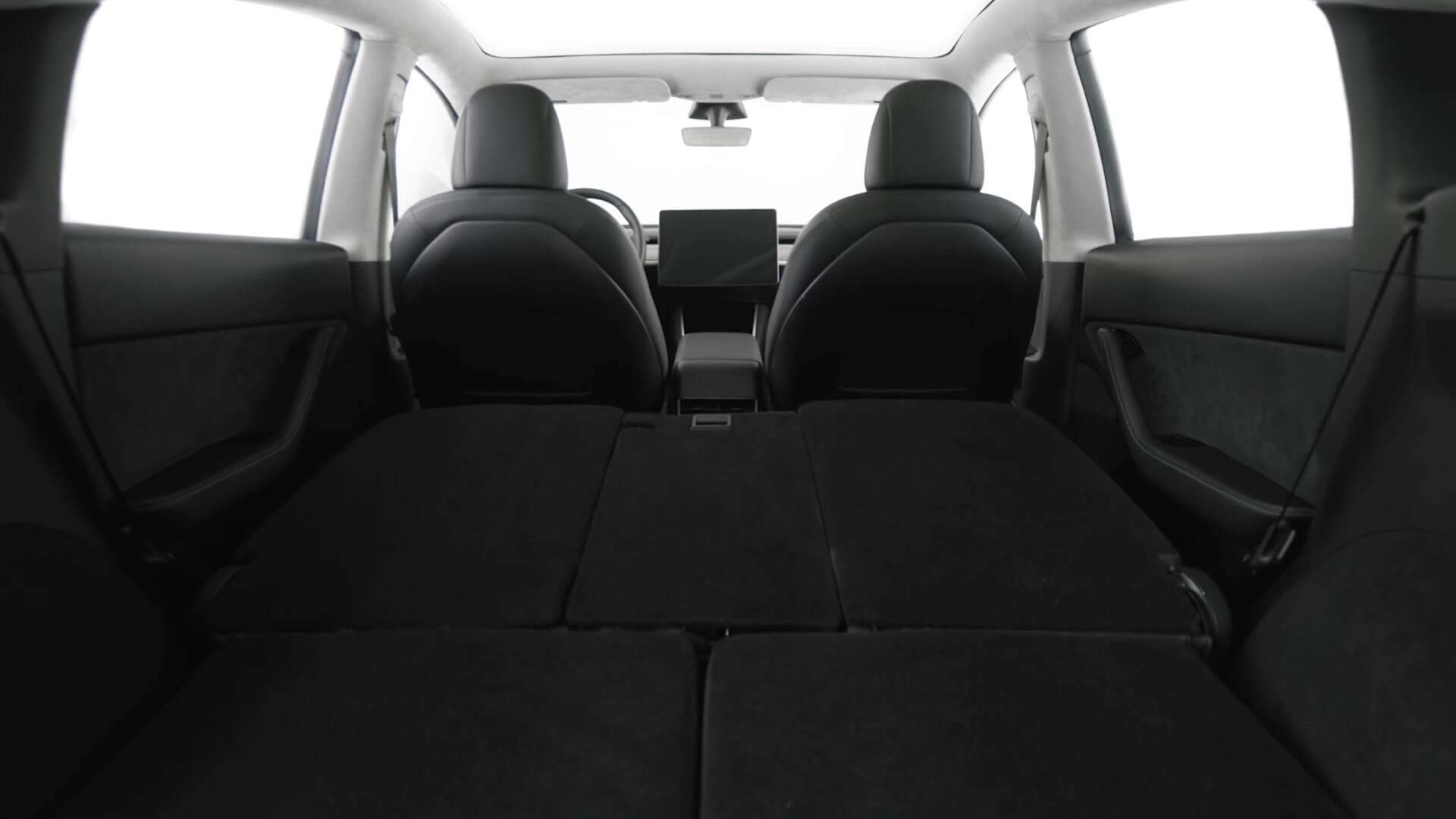 But the company did release all the Model Y specs. Here are the main ones:

The impressive aerodynamic performance is enabling this longer-than-expected range of 300 miles on a single charge with the Long Range battery pack.

The starting price is eventually going to be $39,000 in Spring 2021, but that’s for the ‘Standard Range’ pack, which is interestingly listed as having a higher range the Model 3 with standard range.

It leads us to believe they won’t be using the same battery pack, but that version of the vehicle is still about 2 years away.

The more expensive versions of Model Y with a bigger battery pack, dual motor, and higher performance are going to come first in Fall 2020. 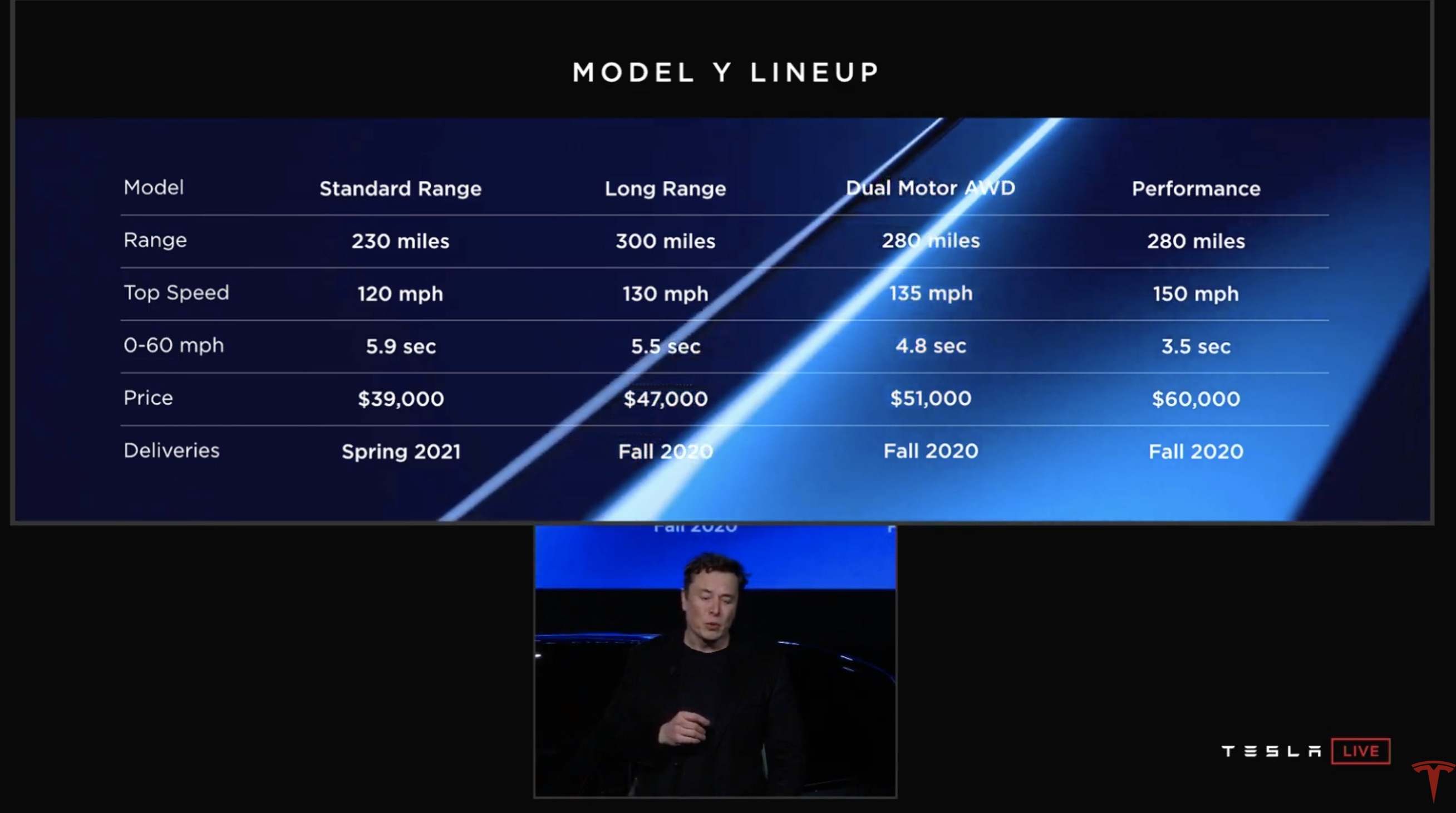 This one is likely going to use the same Long Range battery pack as Model 3 and it is getting a slightly shorter range due to the size.

Instead of opening reservations with a $1,000 deposit like they did for the Model 3, Tesla already launched the Model Y online design studio and buyers can place an order with a $2,500 deposit.

Now we are going for a test ride and we will report back with more impressions and some pictures of the interior.

For those curious about interior space, the driver claimed to be 6’7″ and he had plenty of room.

Here are a few images of the new Tesla Model Y: