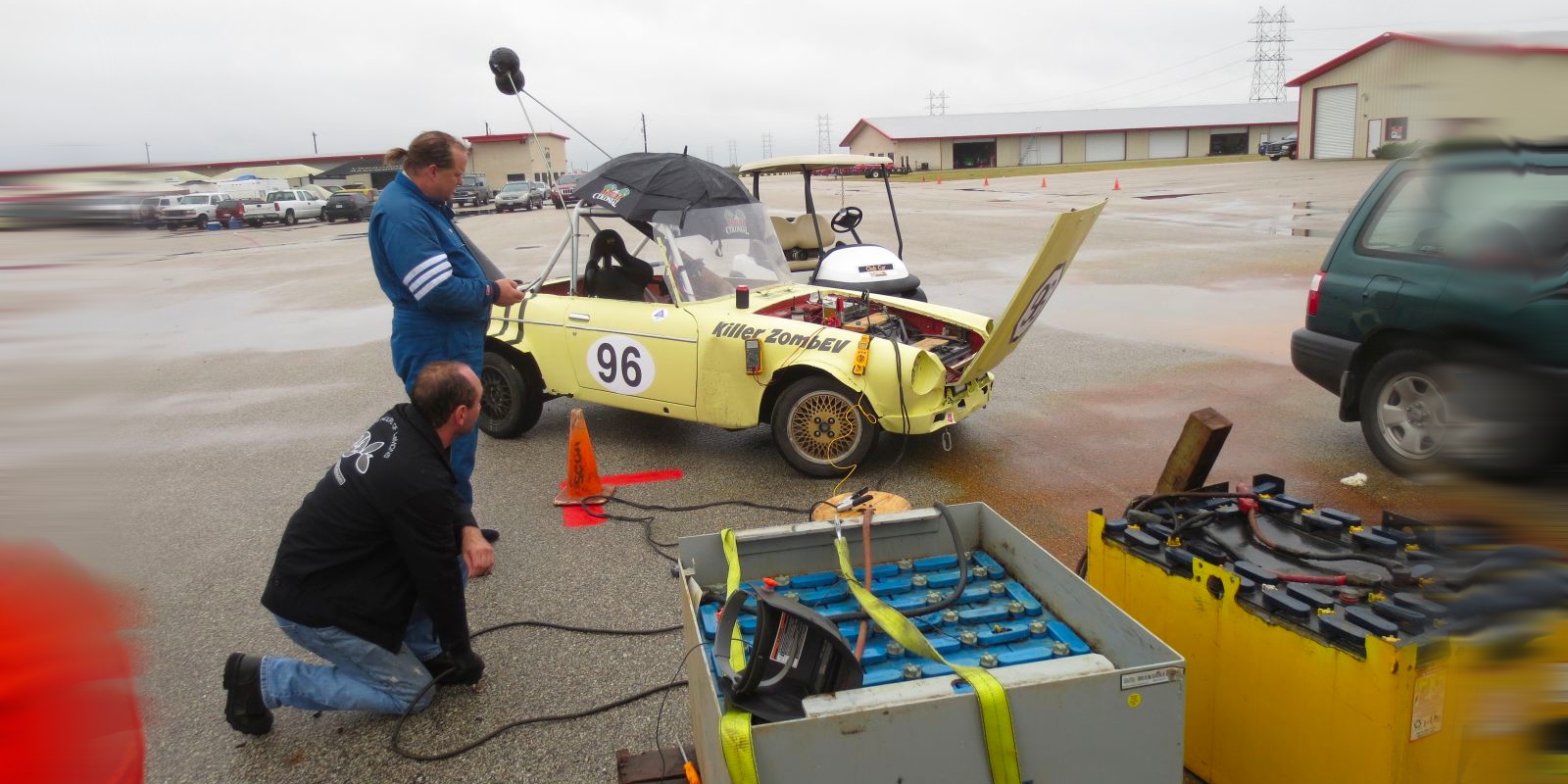 For the first time ever, the 24 Hours of Lemons race will include an electric car category. The event, which features cheap, inexpensive cars battling it out over 24 hours, is set to award the first ever electric-class winner with 1 Million nickels (or $50,000, for those that don’t want to do the math).

Electric car class in the 24 Hours of Lemons

The 24 Hours of Lemons race began in 2006 as a parody of the more famous 24 Hours of Le Mans endurance race, but with beater cars that cost less than $500.

To enter, cars have needed to have been street legal when made and be purchased and prepped for racing with less than $500, not including brakes, tires and safety equipment. Cars race around a track to complete the most number of laps in the allotted time.

Considering the types of cars that make the cut, hilarity pretty much ensues as cars try to make it to the end in one mostly working piece.

Until this year’s event, there has never been an electric car class in the 24 Hours of Lemons. 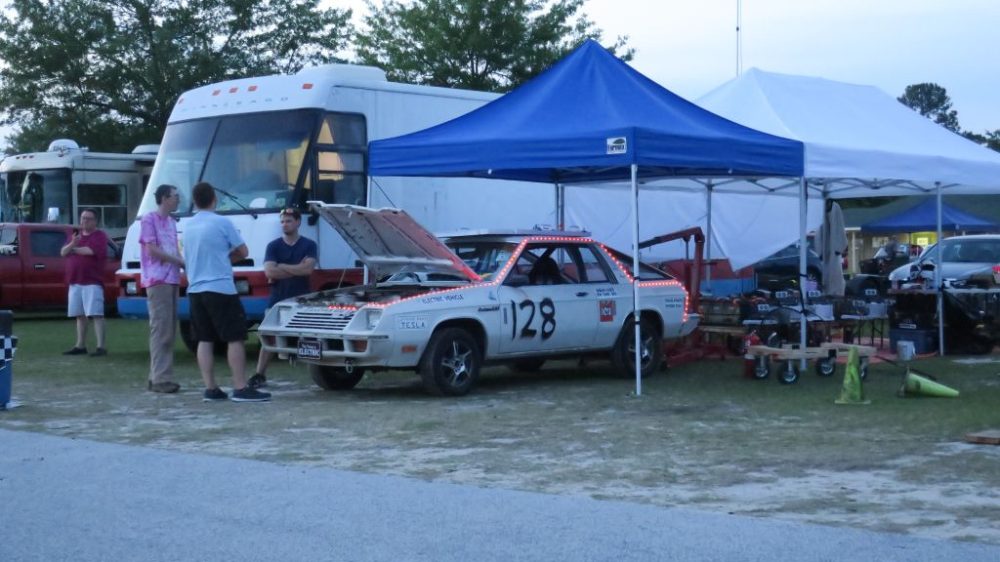 When asked why they were including electric cars this year, the event’s “Chief Perp” Jay Lamm told Jalopnik:

“Because enthusiasts need to know that EVs are a boon, not a threat. I was just in the shower and thinking about this, and thought, man, that’s a great encapsulation: People think they’re a threat, but they’re not. Someone needs to make them understand it’s a boon for enthusiasts all the way around.

They’re fast, you can get a car that drives as smooth as a Rolls-Royce for 30 grand with EVs! To segregate them out is ridiculous and a missed opportunity.”

Electric car rules in the 24 hours of lemons

Electric cars get a special set of rules in the race: 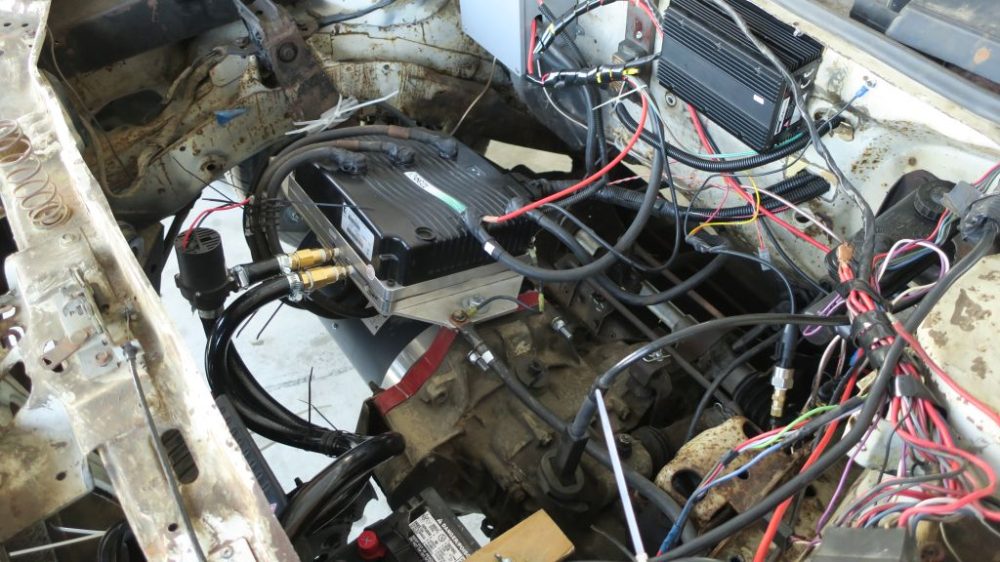 Since most people aren’t going to find an electric car that can be purchased for less than $500, DIY conversions are likely to be the only entrants in the electric car class.

Thus, racers will need to hit up their local Craigslist or used car lots in search of a good (or more importantly cheap) donor car. Then the parts used to convert the car to electric, as well as any additional safety equipment, won’t count towards the $500 limit.

And considering how charging times can be a disadvantage in an endurance race, swappable modular batteries are likely to be a smart choice. Whether DIY lithium batteries or a bunch of modular battery packs straight off Amazon, there’s no doubt that we’ll see some interesting creations in the EV category.

The prize for the first ever winner of the electric class is $50,000. However, it will be paid in nickels. That’s five and half tons of nickels, which race organizers say will be delivered to the winner’s address via dump truck. And they aren’t kidding. 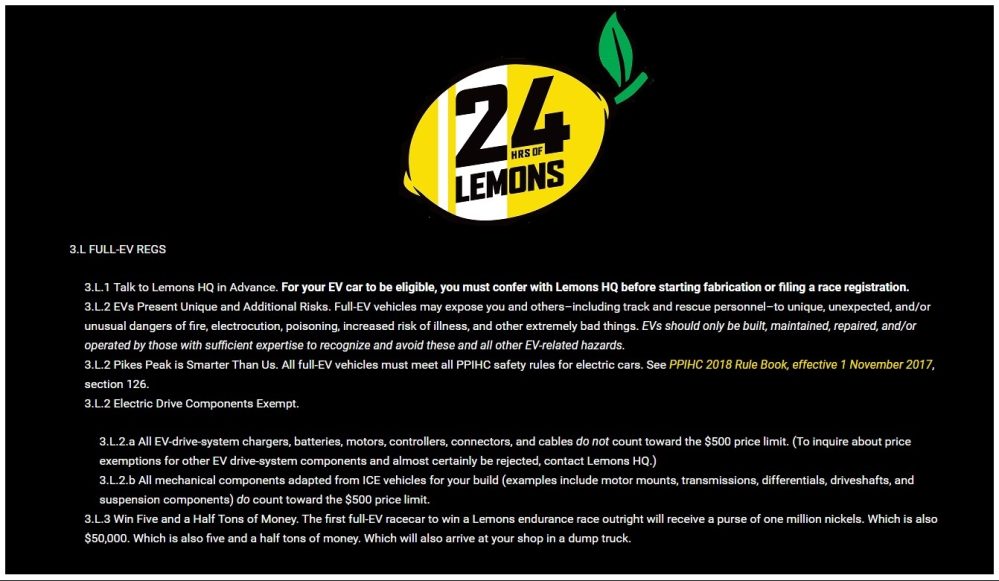 The 24 Hours of Lemons is obviously a fun and silly racing league. But their inclusion of electric cars is more than a joke.

I think it shows how far electric cars have come and how they are quickly integrating into every level of automotive culture in the US. EVs are being incorporated in an increasing number of races, and their inclusion in the silly ones like these shows just how far their reach is growing.

A friend of mine competed in the race a few years ago and said that the whole atmosphere is one of community and camaraderie, even though everyone is technically competing against each other. The inclusion of EVs in these types of events constitute the sincerest form of acceptance. Car culture is car culture, no matter where you get your fuel from.

So let’s hear it for the electric beaters as the green flag drops on a new dawn of electric racing!