You might not remember the Nio EP9 as the electric vehicle startup formerly known as NextEV has been mostly focusing on its mass-market electric SUV lately. But they started off with the EP9, a 1 MW supercar with 265 miles range and top speed of 194 mph.

They hold the production car record at Nurburgring with the vehicle and now they took it to the Goodwood hill climb this weekend.

With a 44.32-second run, the vehicle beat the previous electric vehicle record by 3 seconds, but it was itself beat by the VW Pikes Peak I.D. R all-electric race car, which as the name implies was custom-built for the Pikes Peak race. Now they might want to change the name because it is impressive enough to take the honors at other races.

The two all-electric vehicles beat every other vehicle at the race this weekend: 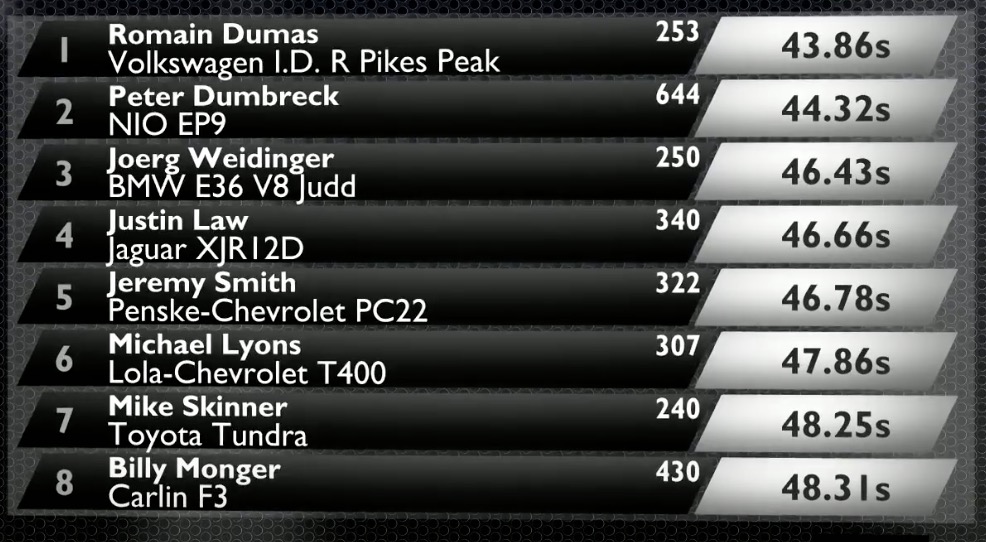 It was enough to beat several records, but not the overall record at Goodwood held by former Formula 1 driver Nick Heidfeld (D). Back in 1999, he covered the short 1.86-kilometre route in 41.6 seconds at the wheel of a McLaren-Mercedes MP4/13 Formula 1 car.

Dr. Herbert Diess, head of Volkswagen, was present at Goodwood to witness the second achievement of the team in just about a month:

The I.D. R Pikes Peak has once again proven emphatically that it is a fantastic ambassador for our fully-electric I.D. family. I would like to thank the whole team. After the great success on Pikes Peak, at Goodwood we have shown once again how impressive the performance of an electric racing car can be. That is a very good preparation for our great electric car offensive which is starting next year.

Here you can watch the two runs starting with Nio and then VW: