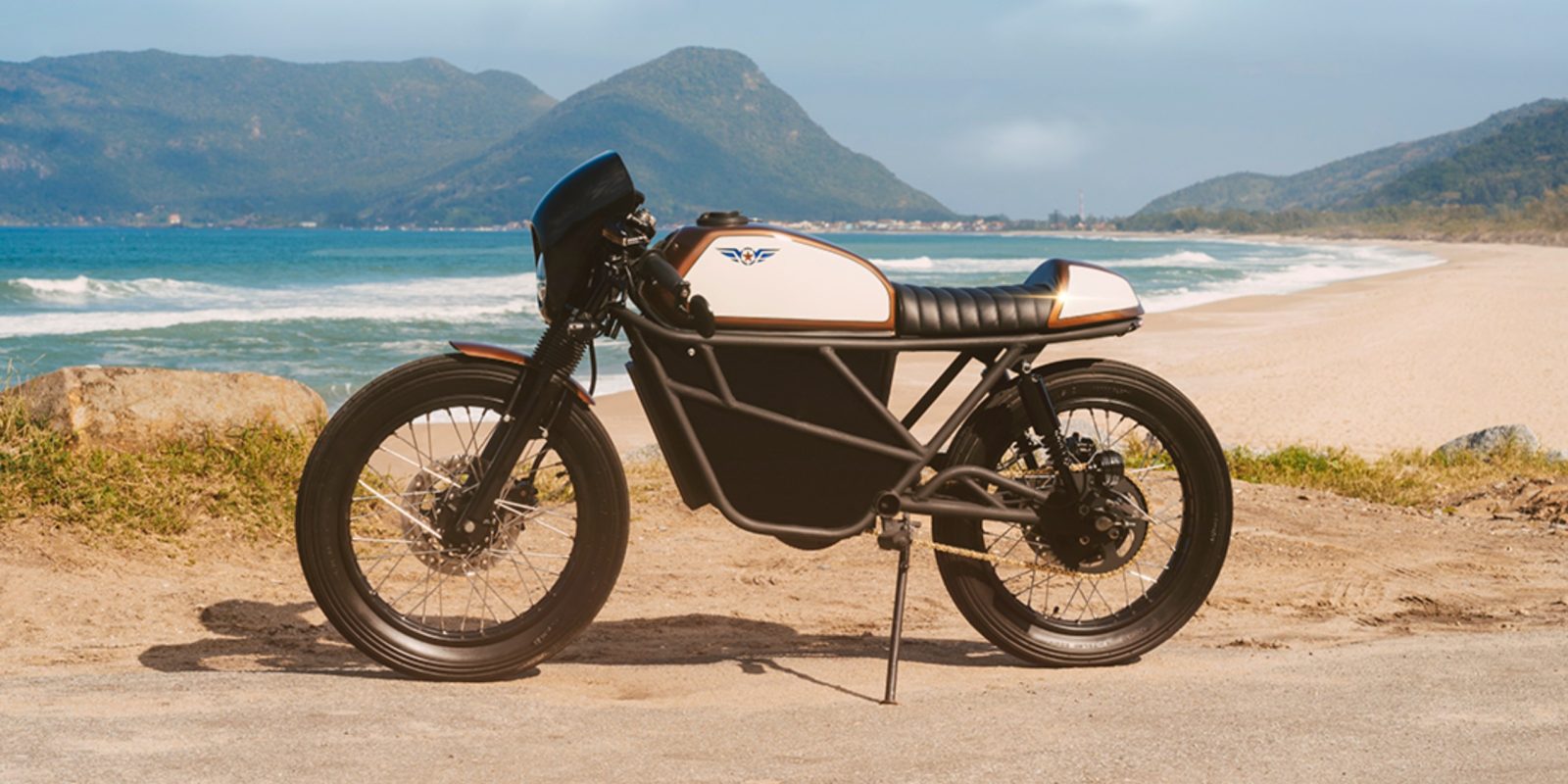 The Smart Classic is built on a similar platform to the Smart Desert. However, the new design features café racer styling and is optimized for the street.

With a maximum speed of 50 mph (80 km/h), the Smart Classic is definitely an urban electric motorcycle.

The mid-drive motor is rated at 3 kW continuous, though likely offers nearly twice as much in peak power.

One or two removable batteries are mounted just under the faux gas tank. The company claims that a single battery is sufficient for 50 mi (80 km) of range, while adding a second battery should achieve up to 100 mi (161 km) of range. Also, note that the second battery is required to reach the electric motorcycle’s top speed of 50 mph (80 km/h). With just a single battery, the speed is limited to 40 mph (64 km/h). The batteries, which use cells made by LG, are rated for 700 cycles over their lifetime. After 700 cycles, they will be drained down to around 70% of their original capacity. That level is often considered ‘end of life’ for most electric vehicle batteries.

The Smart Classic features an LED display that presents the speed, battery charge, distance traveled and temperature of the motor and controller. A USB charger is included on the handlebars and a keyless on/off button is mounted just in front of the gas cap-shaped charging port.

An X-shaped LED headlight and horizontal LED tail light round out the lighting package.

The low slung handlebars – practically in line with the seat – and drop mirrors help achieve the classic café racer look. “Inspired by the celebrated café racers that emerged in England in the early 1950s, it has a predominantly “racebike” look, giving the motorcycle an aspect of rebellion and unique posture.”

Fly Free Smart plans to offer a number of customizable color options, falling in line with several other electric motorcycle startups. There is also a smartphone app that works on both Android and iOS that should allow further connectivity with the electric motorcycle.

The Smart Classic electric motorcycle will retail for $6,399.

The company had originally planned on opening up pre-orders by the end of 2018. However, delays have pushed the pre-order period to March 2019.

The good news is that early adopters will get a significant price break. Pre-orders will receive a discount of 35-40%  depending on the model and accessories.

In addition to their Smart Desert and Smart Classic, the company also has one more electric motorcycle model that they plan on introducing. I’ve never been much of a café racer guy myself, as the comfort sacrifice just doesn’t seem worth it to me. But there are a ton of fans of the genre out there, so I can see a market for this. I’m more interested in Fly Free Smart’s other model, the Smart Desert, which is more of a scrambler style e-moto.

I am excited though for the increasing number of options for electric motorcycles in the US. Right now, Zero Motorcycles is the main electric motorcycle company. Zero makes great bikes, but they are positioned more for combined city/highway use and feature price tags from around $9,000 – $17,000. That’s a bit steep for someone who just wants a city e-moto.

There are also some nice electric scooter options in the $2,500-$4,000 range, such as the GenZe 2.0 scooter that we reviewed or the Flux Moped that we’ll soon review.

There are some other great electric motorcycle options in the middle, but none are available yet in the US. And that positions Fly Free Smart to fill a much-needed gap in the market.

While I’m rooting for the company, it’s too soon to tell if they’ll be successful. Other larger electric motorcycle companies such as Alta showed great promise only to run out of cash and fold. So I wish the best to Fly Free Smart, but I’ll remain cautious until I can see one of these bikes in the flesh.