As reported by EVnerds, when Jambon-Beurre Motorcycle began planning for the next electric motorcycle, they decided to look inwards to determine how to better serve their customer base.

The company described to The Vintagent how they discovered that they were actually succeeding with a unique type of clientele.

“We realized that our style and communication was reaching people that are not the usual motorcycle target market. Sixty percent were women (versus only 13 percent across the entire current French market), mostly urban dwellers, and most of them had never owned a motorcycle before. The idea of creating a real motorcycle brand came as a result. A brand designed to dust off the current motorcycle market that still works like it did 30 years ago.”

That was the impetus that led them to create their new brand, Gloria Factory, for a new type of electric motorcycle. According to the company:

“​GLORIA is not just another ugly bike where a pair of geeks decided to implant a washing machine motor and told their friends ‘we are changing the world!’

​No, GLORIA is a true revolution. Reinventing the motorcycle market from production to the customer.” 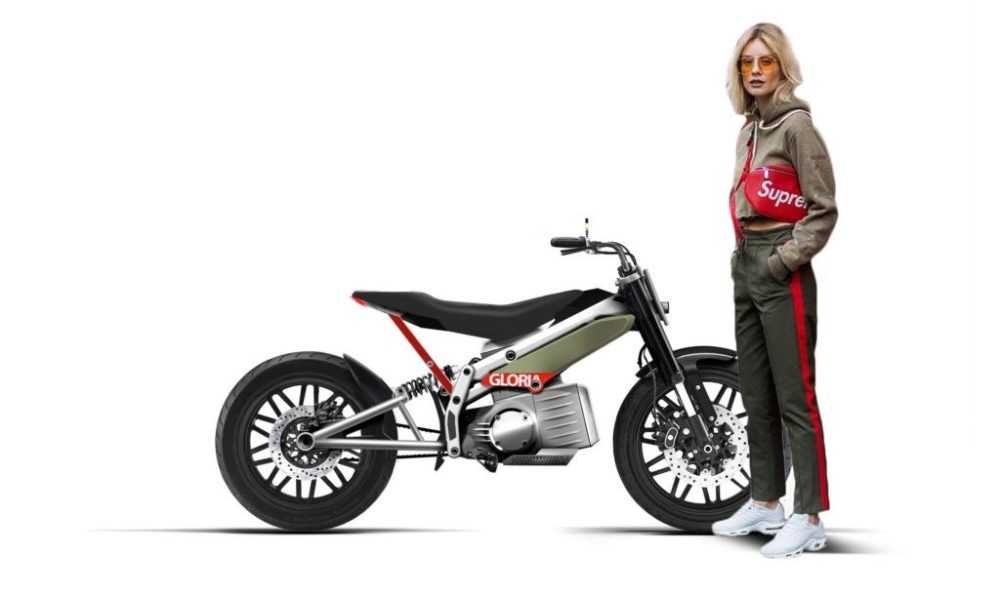 This is a very different approach than most traditional motorcycle companies have taken. Sport and road bike companies like Alta and Zero Motorcycles have traditionally targeted younger professionals and thrill seekers, while more established motorcycles like Harley Davidson, who are releasing their own electric motorcycle in 2019, have an older customer base that is more interested in chrome and high power.

Gloria Factory is trying to turn the traditional motorcycle marketing on its head by targeting a younger ridership who are more interested in fashion and customization – many of whom have never even ridden a motorcycle before.

To reach those customers, Gloria has been designed to be highly customizable via an online design platform, meaning that customers’ motorcycle selfies can finally reflect the taste and fashion sense of each unique rider. As the company describes it, the Gloria electric motorcycle consists of an “​unusual design mixing vintage shapes, futuristic equipment, and street fashion trends.”

The company is trying to make electric motorcycle shopping as convenient as possible as well. After designing and customizing your motorcycle online, the company plans to deliver your new ride directly to your door. If you want to change the way your motorcycle looks, you can always go back online and view different modifications and styles that you can order to freshen up your ride.

This is not only a shift for the industry, but also for the company itself. Their last electric motorcycle, an 80 kW flat track racer (shown below), was definitely high power yet anything but high fashion. 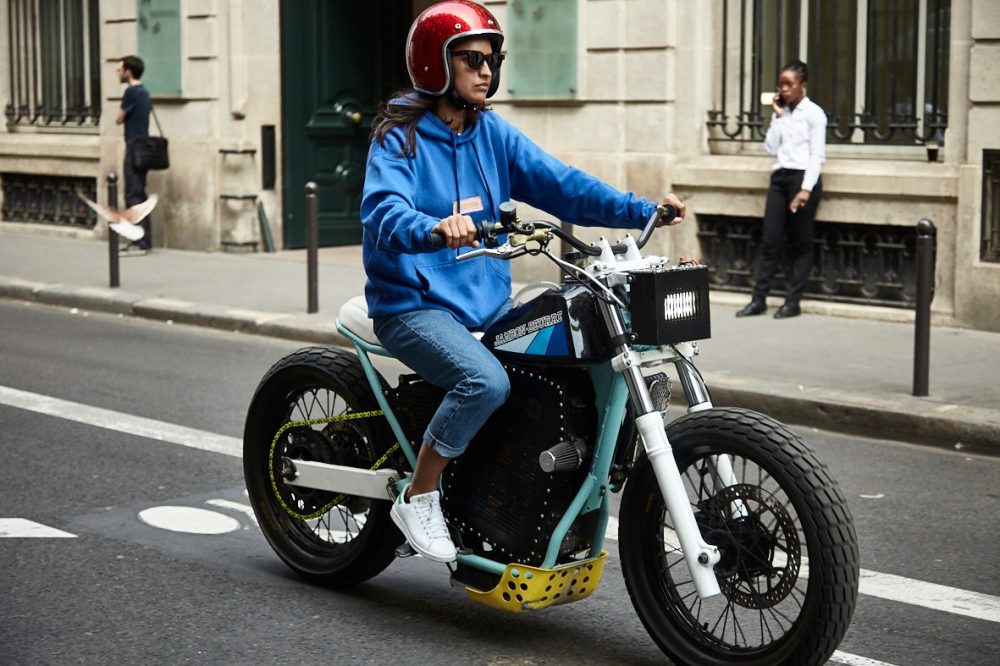 But there’s more than just a planned pretty facade to this electric motorcycle. After all, what good is a motorcycle if you can’t look good both at rest and at speed?

Gloria Factory claims that although the Gloria electric motorcycle is homogulated like a 125 cc motorcycle, its instantly available electric torque gives it the acceleration of a much larger 300 cc motorcycle.

The Gloria also touts a top speed of 120 km/h (75 mph), which is fast but not unmanageable, especially for the new riders that make up the target market.

Because the Gloria isn’t yet ready for production, the company is sparse on details regarding the battery pack and range. But considering they have teamed up with Pymco, a French startup that specializes in electric power management, hopes are high.

Sales are slated to begin in 2020, so don’t expect to be customizing your Gloria electric motorcycle quite yet. It will be closer to then before we find out pricing details too.

As much as I hate how the idea of millennials matching their motorcycle to their outfit from the comfort of their bed plays into stereotypes about my generation, I can’t deny the convenience of the concept.

Plus, that’s a slick looking bike!

Just look at all of these design options, and then imagine what can happen over the next year and a half.

As two-wheeled vehicles increase in popularity, being able to create your own custom design is going to be even more valuable. When everyone parks the same few scooters designs on the corner, it will definitely be cool to have your custom ride stand out.

I’m looking forward to learning more details regarding pricing and battery specs. In the meantime though, I’m optimistic about both the company and the concept.