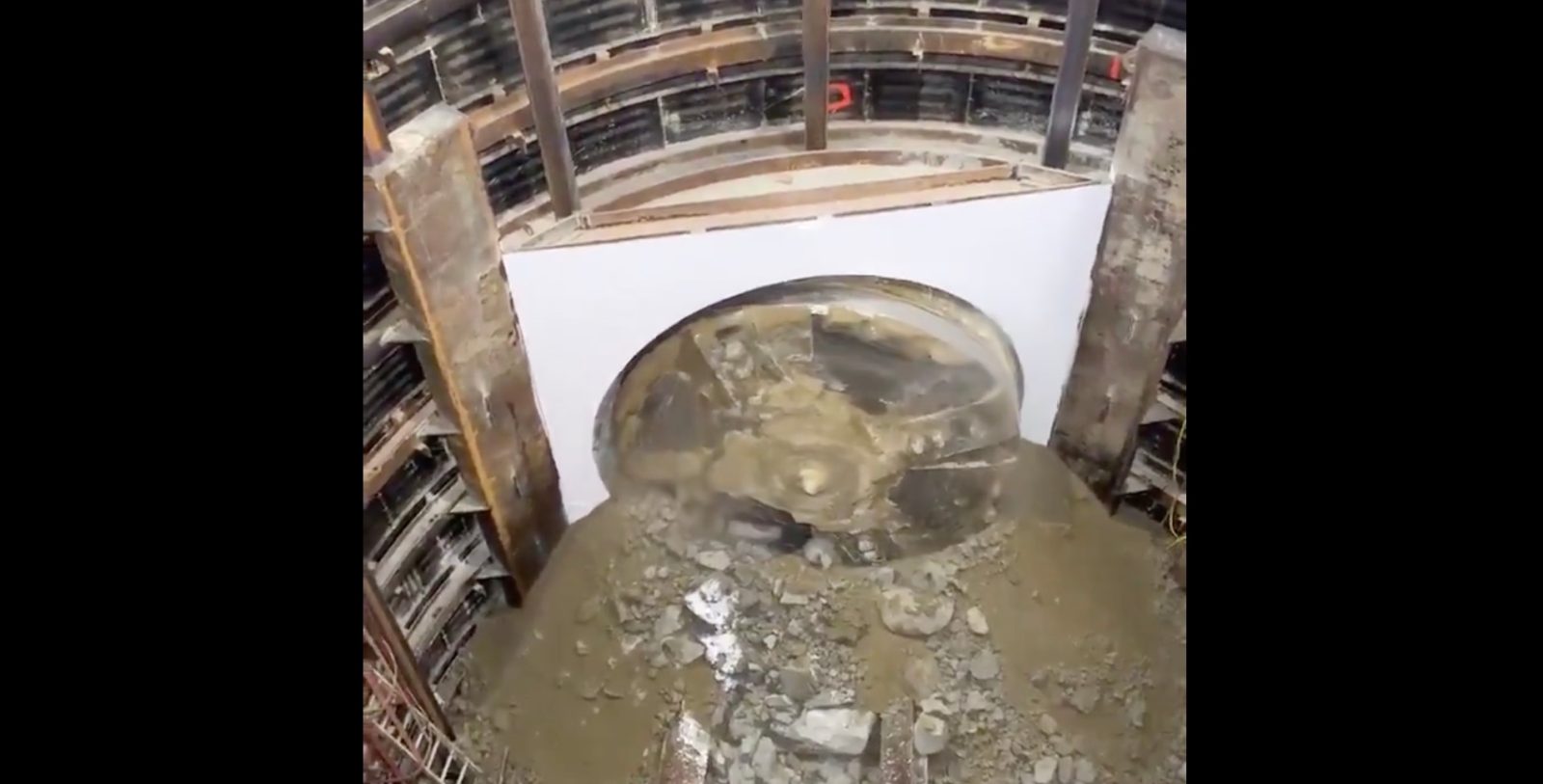 It looks like Elon Musk’s Boring Company is on schedule for the completion of its first tunnel as the CEO releases a video of their boring machine breaking through the other end of the tunnel under Los Angeles.

At this point, the startup has several projects underway in Los Angeles and in other regions of the country, like in Chicago and Maryland.

The company said that it expects its first full system demonstration will be a short new tunnel and ‘loop’ to get to Dodger Stadium in 4 minutes.

But they have another demonstration tunnel under Hawthorne.

It starts in a parking lot on Crenshaw Boulevard on the other side of SpaceX’s headquarters and the tunnel follows 120th street.

When we visited the tunnel this summer, it was about 3/4 of mile long. The company has been talking about making it a mile long.

Last month, Musk said that they plan to complete the tunnel by December 10 for a launch event.

Ahead of the launch, he announced today that the boring machine has broken through the other side of the tunnel:

The boring machine can only go forward as it grinds against the ground and constantly pushes against tunnel walls being gradually installed behind it.

Now the head has broken through the other end of the tunnel.

Before the launch next month, they are going to install their electric skate system to move people inside the tunnel.

Earlier this year, they released a video of a Tesla Model X accelerating on rails inside the tunnel.

The CEO also said that Tesla will build the ‘pods’ for the Boring Company’s Loop system, like the ones they plan to deploy in tunnels under Los Angeles, like with the ‘Dugout loop’ to the Dodger Stadium, and the one between the Chicago Airport and downtown Chicago.

This new tunnel will serve as an initial proof-of-concept for the electric transportation system on top of what the company already learned about boring technology as they actually dug the tunnel.