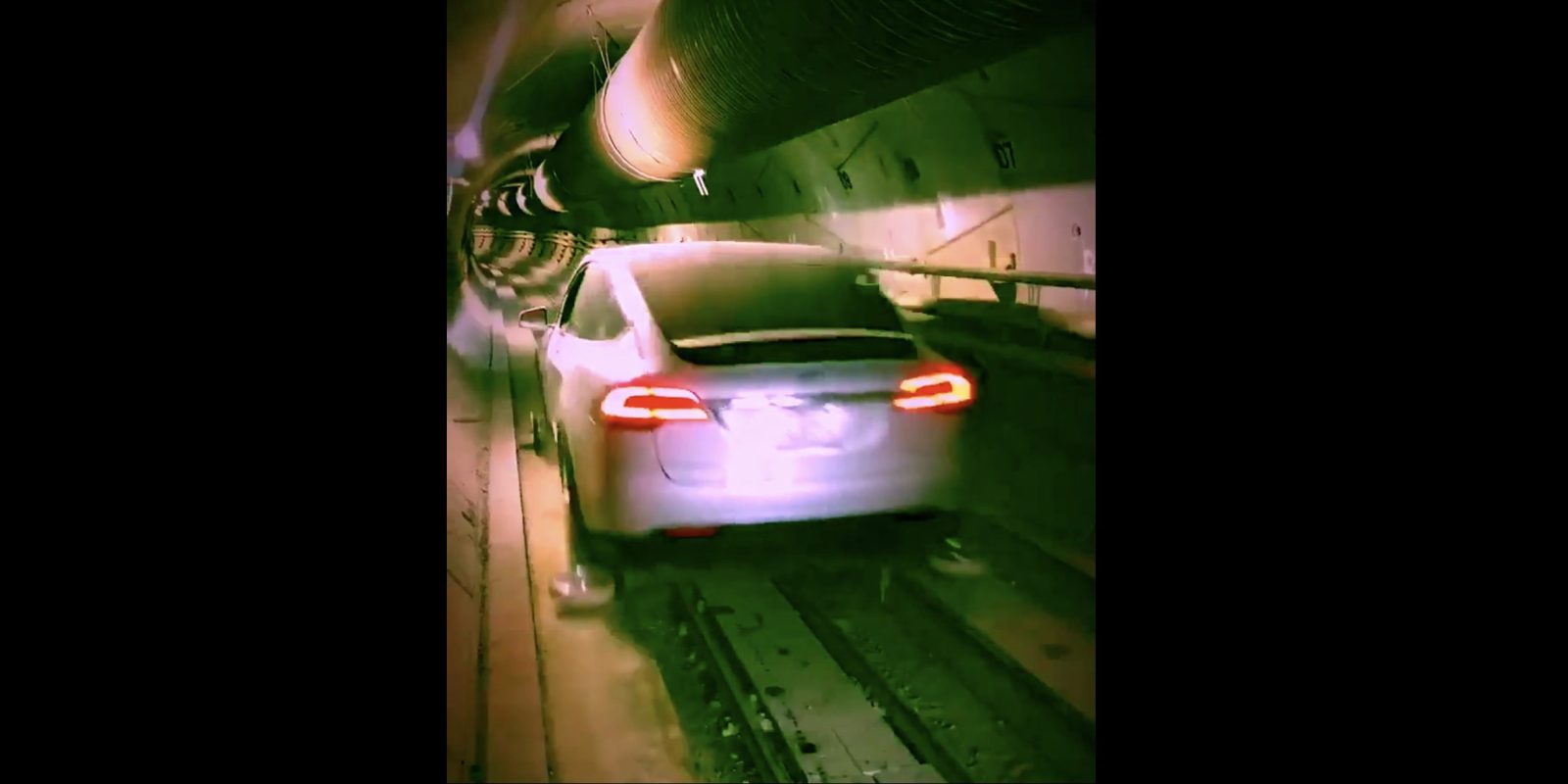 After having won the bid to build Chicago’s new transit system today, Elon Musk’s Boring Company is now showcasing its latest transport technology: a Tesla Model X with a contraption that enables the all-electric vehicle to drive on rails inside the startup’s tunnel.

The Boring Company has been focused on developing their boring tunnel technology. Without a great improvement in the cost of boring tunnels, their current giant infrastructure projects won’t amount to much.

But they have also been experimenting with a lot of different ideas for the transportation system that they will use inside those tunnels.

The company originally talked about “electric sleds” on which vehicles could park on and then they would lower inside the tunnels and travel on rails at high speeds.

More recently, the Boring Company started to focus on a custom-built electric vehicle to transport pedestrian and cyclist instead of vehicles.

Now in a video on Twitter, Tesla showcased a new system that enables a Model X to travel inside the tunnel on its own:

It appears that the Model X is moving through the tunnel on its own power – but with guiding-wheels keeping it on a straight path inside the narrow tunnel.

The mention of “green lights to Malibu” appears to be a hopeful look at the future for now. This tunnel is currently limited to Hawthorne. The company is now seeking approval to expand to a larger tunnel in West Los Angeles.

The Boring Company appears to be using the Model X for experiments.

They have their own Model X (spotted by Electrek reader Kendall Cain at the Hawthorne Supercharger):

Earlier this year, Tesla disclosed that it plans to sell $400,000 worth of ‘electric motors and batteries’ to the Boring Company.

The company is not only planning to use Tesla’s technology to power its transit system.

They also said that they converted a locomotive to work with two Tesla Model 3 electric motors and a battery pack, which they use to pull rock and dirt from the tunnels more efficiently.