Elon Musk’s Boring Company is rolling back its plan for its first test tunnel in West Los Angeles announced earlier this year and instead, the startup is announcing a new tunnel and ‘Loop’ system to get to the Dodger Stadium in just about 4 minutes.

Earlier this year, The Boring Company announced a 2.7-mile tunnel under Sepulveda Blvd to serve as a new full proof-of-concept for the company.

Today, they shifted their focus to a new project which they see as more useful for public transportation.

They are giving not up on the initial project, but they now aim for this new tunnel and Loop to the Dodger Stadium, which they are calling the “Dugout Loop”, to be the first full demonstration of the Boring Company’s transportation system.

The company wrote in the announcement today:

The ~ 3.6-mile tunnel will run parallel to a section of the 101 highway near the stadium: 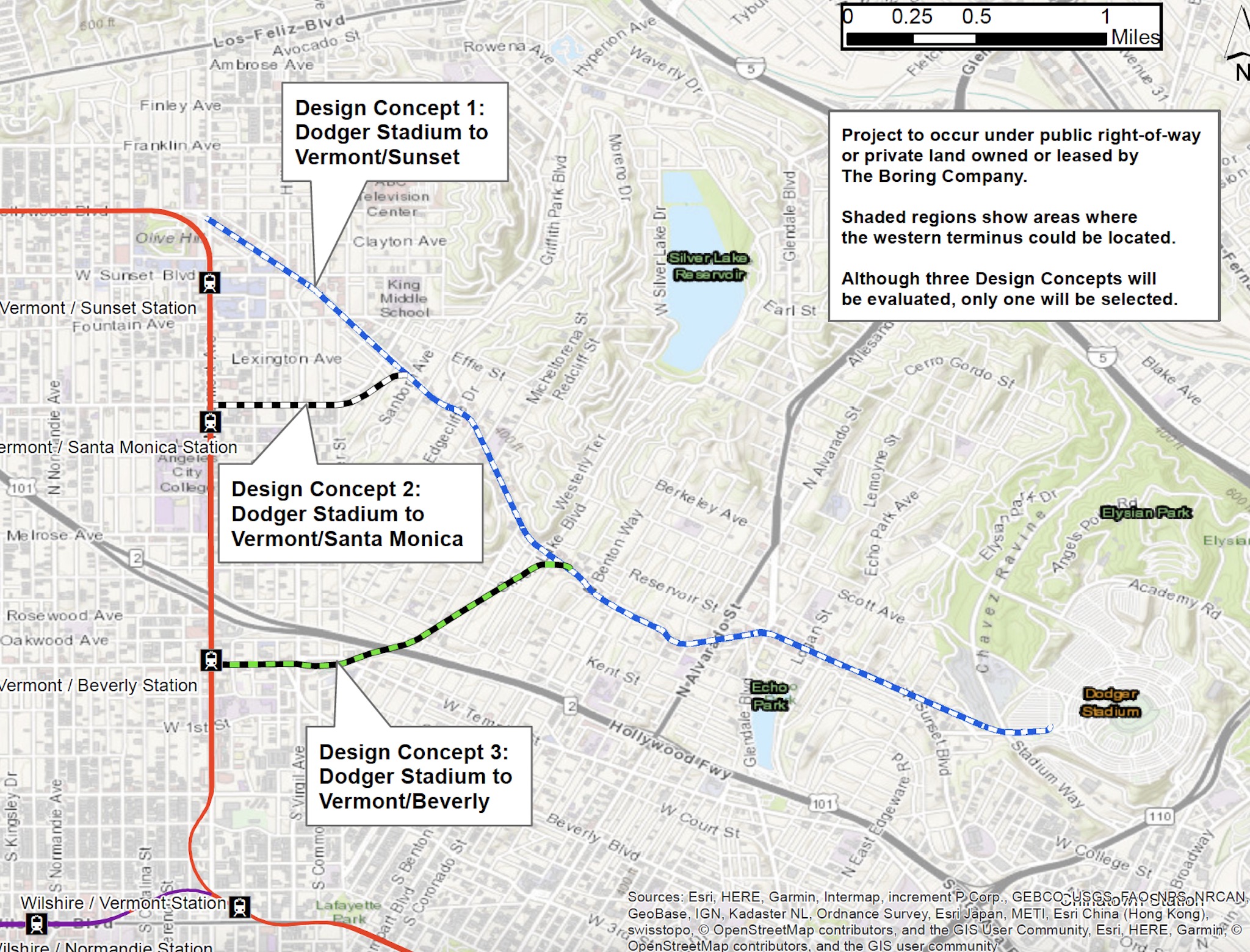 Unlike the previous project, this new tunnel includes two surface terminals and it should better represent a full Loop system, which the company describes as a zero-emissions, high-speed underground public transportation system in which passengers are transported on autonomous electric skates traveling at 125-150 miles per hour.

The access points are now called ‘Loop Lyft”. They released those drawings of the concept:

The project is still very much a proof-of-concept and would have a somewhat limited capacity under the configuration:

At a planned price of $1 per ticket, it’s not going to be a lucrative venture, which the company plans to finance through private money.

It’s not clear when construction will start, but the project’s initial review with the California Environmental Quality Act (CEQA) starts next week and they see construction lasting up to 14 months.

The project is one of several currently underway by the company, which also won a bid to build a ‘Loop’ transit system in Chicago and it is also working on a Baltimore-DC tunnel.