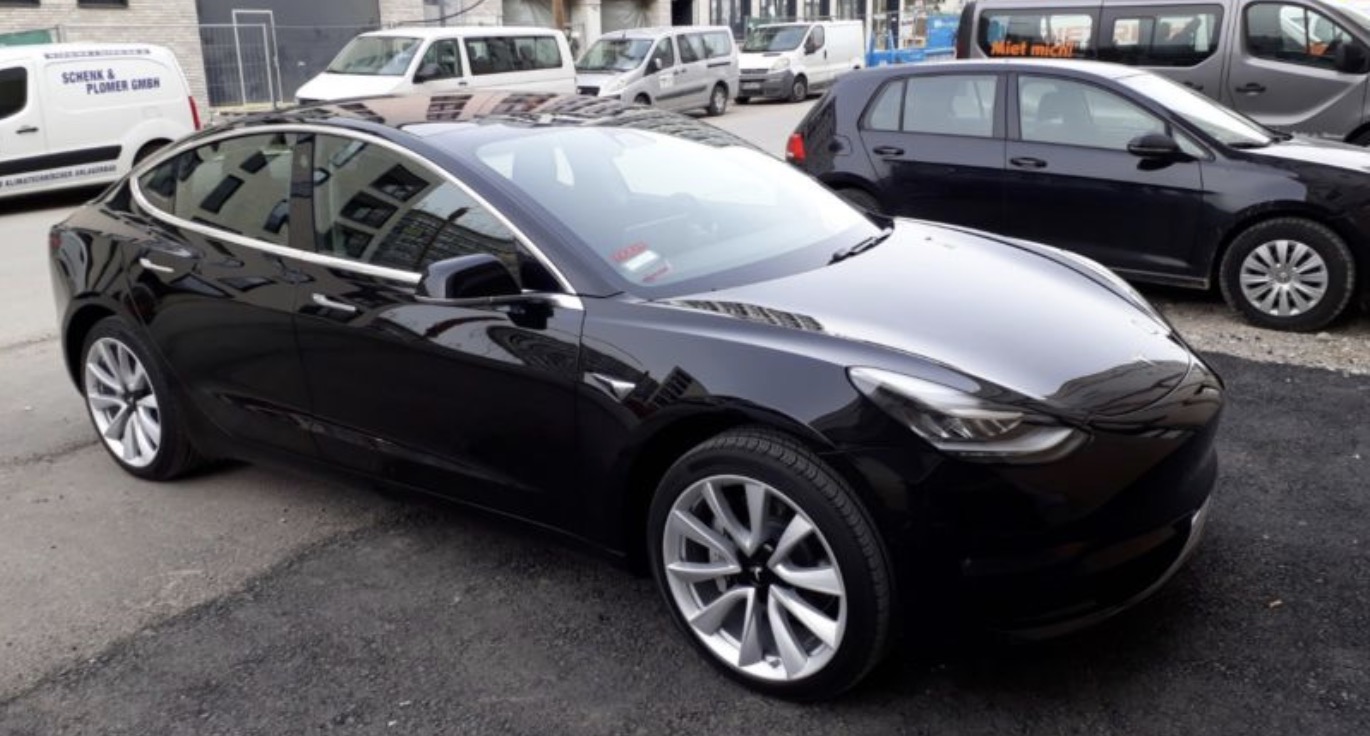 Don’t panic if you are a Model 3 reservation holder in Europe and haven’t received an invite to order your electric cars, Tesla is still months away from officially bringing the car to Europe. However, the first Model 3 vehicles are nonetheless now going for sale in Europe on the gray market.

When a vehicle is popular enough but not yet available in a market, some resellers will often try to get their hands on it in another market and import it themselves in order to try to turn a profit.

We saw it happen with the Tesla Model X in China with vehicles going for as much as 40% over the regular price ($240k US) when supply was still limited in the country.

Now it appears to be happening in Europe for the Model 3.

It’s especially surprising considering the availability of the Model 3 is still limited in the US, the only market where it’s officially available, but there are still plenty available on the used market and now it looks like people are buying them and bringing them to Europe for reselling.

Several vehicles are showing up on Germany’s mobile.de website with some vehicles already in Germany while others are still in the US (hat tip to pedrodger): 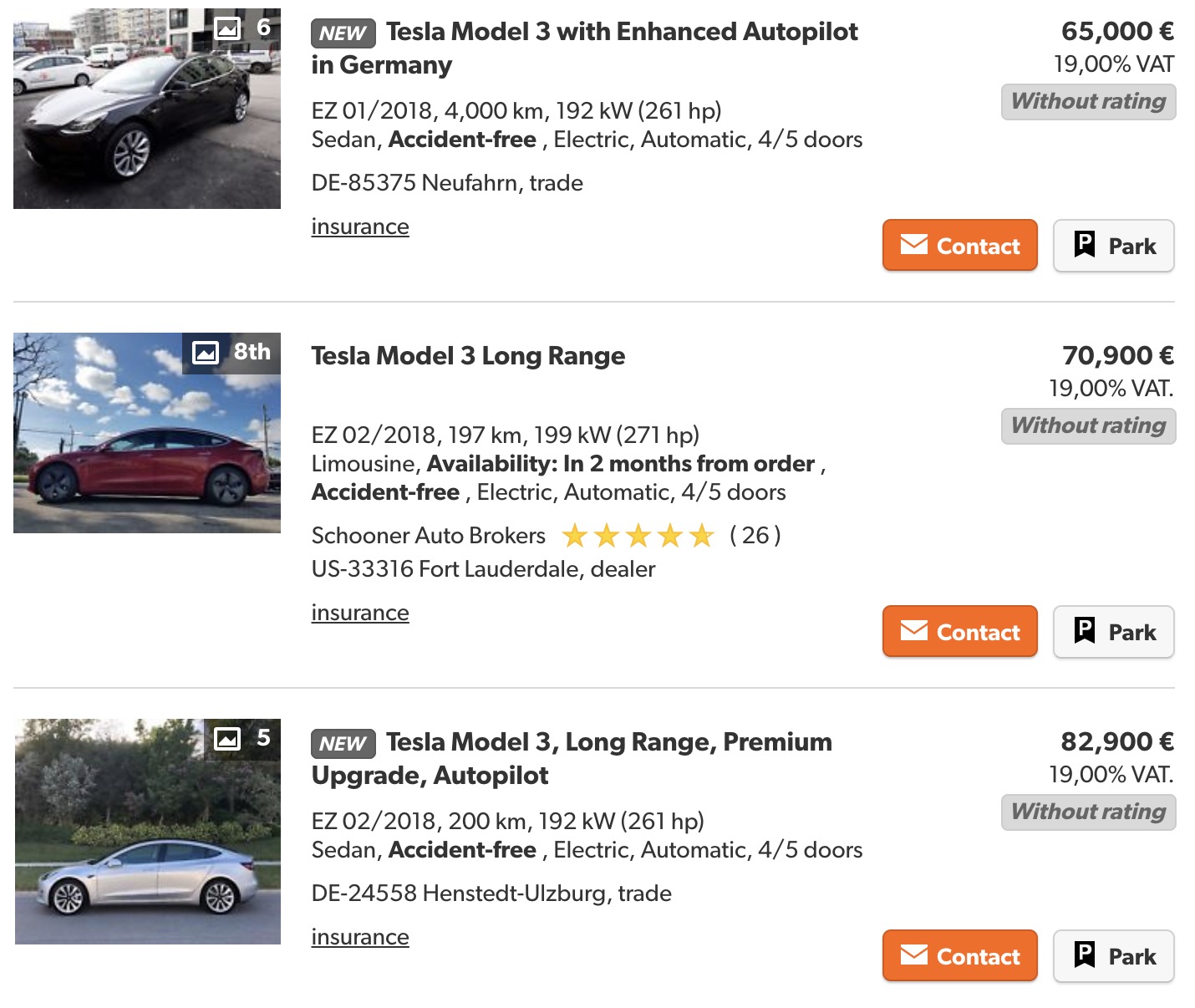 The vehicles feature a significant premium over the price of a new Model 3 with the cheapest one being about $12,000 more expensive than new before VAT.

Several Model 3 vehicles have been spotted in Europe lately. Some of which have presumably been imported by German automakers to benchmark and reverse-engineer.

We reported on two Tesla Model 3 vehicles spotted in air freight inbound for Germany earlier this year and a few weeks later, there were reports of the Model 3 impressing a German automaker after being reverse-engineered by a team hired by the company.

While these vehicles can now be seen around Europe, Tesla is officially only launching the Model 3 on the old continent Europe in “late 2018.”

I wouldn’t recommend buying those vehicles in Europe one bit. Beyond having to make sure that those resellers are trustworthy, owning a Tesla vehicle made for the North American market in a non-American market comes with its load of issues.

Of course, the problems start with charging. Tesla doesn’t use the same plug in North America as the one it uses in Europe.

It’s not a big issue for home charging or level 2 charging since you can easily find an adapter or install an American version Wall Connector, but it becomes an issue when it comes to using the Supercharger network.

There can also be problems with the onboard internet connection, which is standard with Tesla’s cars through deals with local mobile service providers, and some owners have reported problems having Tesla service the cars when issues are related to market specific components.

In short, I wouldn’t recommend it unless your desire to own a Model 3 right now leads you to be OK with all those potential issues.