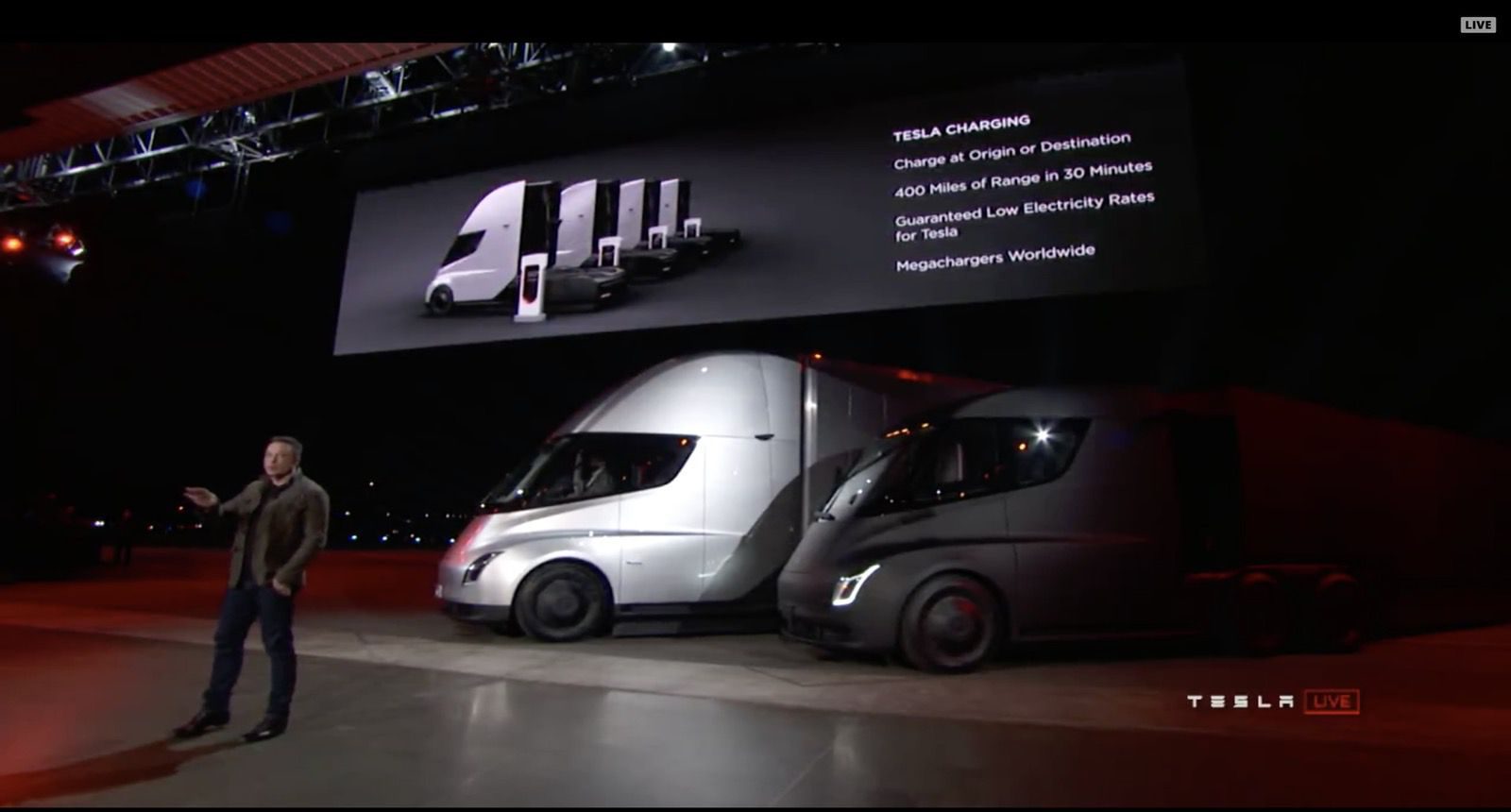 When Tesla unveiled its all-electric truck, Tesla Semi, last year, it made several impressive claims about the vehicle’s specs and capabilities – leaving us to believe that it relies on significant battery improvements.

One of those impressive aspects is the ‘Megacharger’ technology, which Elon Musk claims could add “400 miles of range to a Tesla Semi in 30 minutes.”

Now we learn that the automaker is working with some of its biggest Tesla Semi reservation holders to add Megacharging stations at their facilities.

UPS, PepsiCo, and Anheuser-Busch, who have 265 Tesla Semi trucks on order between them, told Reuters that they have been holding talks with Tesla about installing charging infrastructure at their facilities.

“Details of the partnerships, which have not been disclosed previously, are still being hammered out, but include design and engineering from Tesla, the companies said. They declined to disclose what portion of the building costs, if any, Tesla would pay, or whether Tesla would be compensated for its work.”

“We have a lot of in-house capability around energy and engineering … and certainly Tesla brings their expertise to the table on energy and charging,”

The Tesla Semi reservation holder who talked to Reuters also said that the automaker talked about its deployment of Megacharger stations along at truck stops along routes instead of at destination.

The report is light on details, but it is reassuring that Tesla is indeed actively talking with Tesla Semi customers about deploying ‘Megacharger’ charging infrastructure.

It was one of the biggest question marks of the Tesla Semi presentation.

Tesla says that it can add 400 miles of range to the Tesla Semi in 30 minutes. We expect it could mean an insane charge rate as high as 1.6 MW. During the presentation, Musk referenced the fact that 30 minutes is about the time it would take unload and load a truck, which means that it wouldn’t lose any time if the chargers are installed at the destination.

Tesla has been talking about increasing the charge rate of the Supercharger for a long time now, but they have been stuck at 145 kW for their passenger car network.

It would be a giant leap forward in charge rate for them, but that’s not even the most interesting thing that Tesla announced about those stations.

Musk also said that they would offer a guaranteed rate of 7 cents per kWh at those Megacharger stations to optimize savings against the fuel costs of diesel trucks.

Considering those rates are hard to find in the US, it launched speculation that Tesla would add solar power and/or energy storage to the stations.