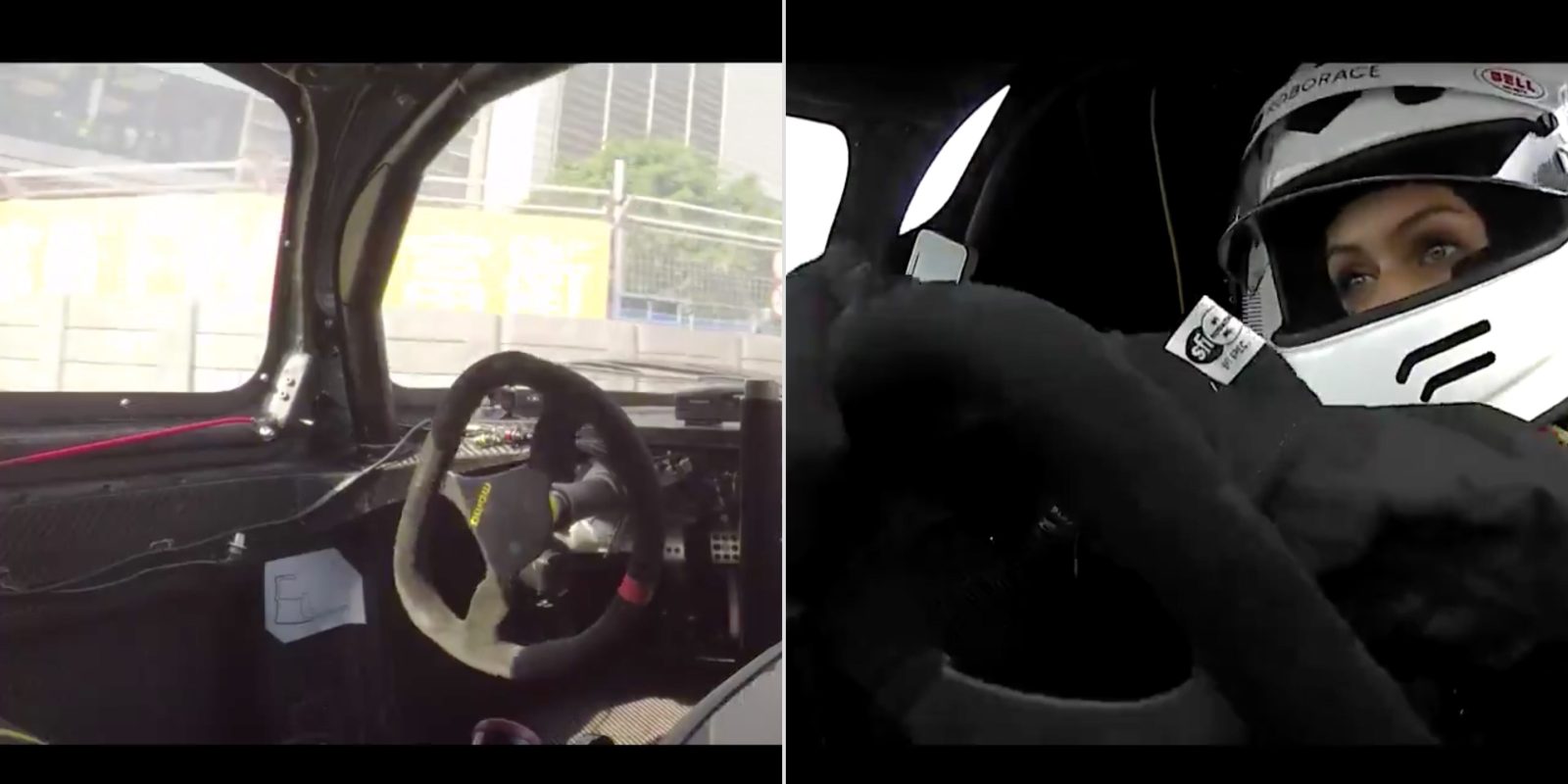 Roborace, the autonomous race series hoping to debut soon as a support race for Formula E, took the opportunity at Formula E’s season opener to run their DevBots around the Hong Kong ePrix track to see how they would fare.  They’ve done this before with varying degrees of success, but this time they added a new twist – they put Nicki Shields, Formula E’s pit lane reporter, into the car’s vestigial driver’s seat to see if she could do a faster lap than the computer.

Do we have to fear our robot overlords yet, or do we still have a few more software updates left between us and armageddon?

Good news: it looks like humans safe for now, and that we would have no problem escaping from the robots in a car chase.  Shields managed to beat the DevBot’s autonomous mode around the track by nearly 8 seconds – with a best time of 1:26.6 compared to the DevBot’s time of 1:34.0.

Shields is not a professional racing driver, though she raced go-karts early in life, and thus we can assume that her time is reasonably representative of what a competent race driver could do.  Her laps were very consistent – two at 1:26.6 and one at 1:26.8 – which certainly suggests some driving skill as consistency is an important trait for a racing driver.

But Formula E drivers are top-notch – with many recent Formula 1 drivers in the ranks of the series, it has some of the best racing talent in the world.  It’s likely that if any one of them were in the DevBot car, the human times would have been faster.

Another advantage the software had is weight.  I’ve been told it’s impolite to estimate a woman’s weight, but it is likely that Ms. Shields tips the scales a fair bit heavier than the software which drives the car.  As a result, the software should have a natural advantage of probably a couple of seconds.

In June at the Berlin ePrix, DevBot did a lap which Roborace claimed was “within 8% of a skilled human driver,” which at the time I pointed out was quite a lot given that Formula 1 cars aren’t even allowed to compete on the same track unless they’re within 7% of the leading car (having cars of such disparate performance on a track together can lead to dangerous situations).

In this case, DevBot’s time was 8.5% off of Shields’.  So we’re in the same ballpark as we were back in June.  Put all of this together and the DevBot looks like it still has a long way to go.

But Roborace has taken one positive out of this test, that two of its lap times were identical down to the thousandth of a second.  As mentioned before, consistency is a valued trait for a racing driver, and this also means that the software is working properly and with good precision, reacting the same way to the same set of inputs.  So at least the software isn’t buggy.

That’s a good first step, at least for time trial laps – once multiple cars get on the track together, they’re going to have to shift their strategies up from lap-to-lap in order to attack other cars, defend against cars trying to pass them, or save energy or tires.

There’s a lot of complexity in the split-second decision-making process that goes on during a race and teams will have many contingencies to take into account in the final version of their software once the series gets racing.  And once more teams are involved and things get competitive instead of just one organization working on proof-of-concept, hopefully times will tumble quickly and we’ll get to see some  really interesting racing unlike anything we’ve seen before.

See Roborace’s full video in their tweet below.  It’s heavily edited so you can’t see much about how either driver behaved at full race speed (DevBot did seem to brake a lot later than Shields, but maybe that was her out lap…), but it’s fun to see a car driving itself around a track, however brief the shots are:

🎥 WATCH: Human vs Machine, @Nickishields racing DevBot from Hong Kong – the video you all wanted to see, is finally here. #HumanVsMachine #Roborace 🤖 pic.twitter.com/zvlM8td3y3