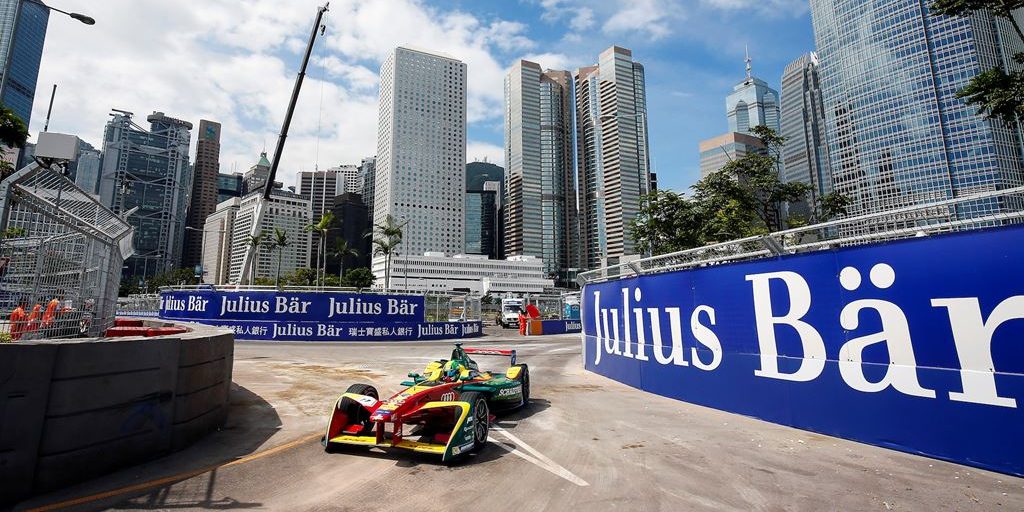 After a few months on break and a few updates to the rules and teams, Formula E starts their fourth season this weekend with two races in Hong Kong – one on Saturday, one on Sunday.  Last year’s champion Lucas Di Grassi will see if he can defend his win from Sebastian Buemi, who was dominant all season but ended up in second place after missing two crucial races in New York City.  Buemi’s team, Renault e.dams, is back to defend their three-straight team titles – the only team to win a championship since the series began.

There are a few changes this year, but the technological changes are only slight, with max power output increasing from 170kW to 180kW.  The big shakeup will happen next year, as more manufacturers join the competition and the cars get a new chassis, new battery and 250kW of power.  Nevertheless, the racing should continue to be close and exciting as it has been since the sport’s inception in 2014.

There has also been a slight rule change that the extra point for setting the fastest lap can only go to a driver finishing in the top 10 positions – this is intended to stop a situation where uncompetitive cars drop to the back of the race and take a pit stop to change their configuration to set a fast single lap without trying to complete the whole race properly.  The former rule actually led to an exciting final race to the 2015-16 season, where the two championship-leading cars were tied on points but crashed out early in the race, then competed at the end of the race to see who could set the faster lap – but many race fans did not like the idea of cars racing amongst themselves, rather than racing against the entire pack, so the rule has been changed.

New races have been added for the year.  The series will not return to Monaco or Buenos Aires, but will race in Santiago, Chile; Sao Paulo, Brazil; Rome, Italy; and Zurich, Switzerland.  This will mark the first time any motorsport event has been held in Switzerland since 1954 (racing was banned in the country after the Le Mans disaster of 1955).

See our previous coverage of Formula E news at this link.  You can find out how to watch the race in your area by going to the Formula E website’s “how to watch” section.  The first race starts at 07:00 UTC on Saturday, 3pm Hong Kong time, approximately 5 hours after the time of this article’s posting.