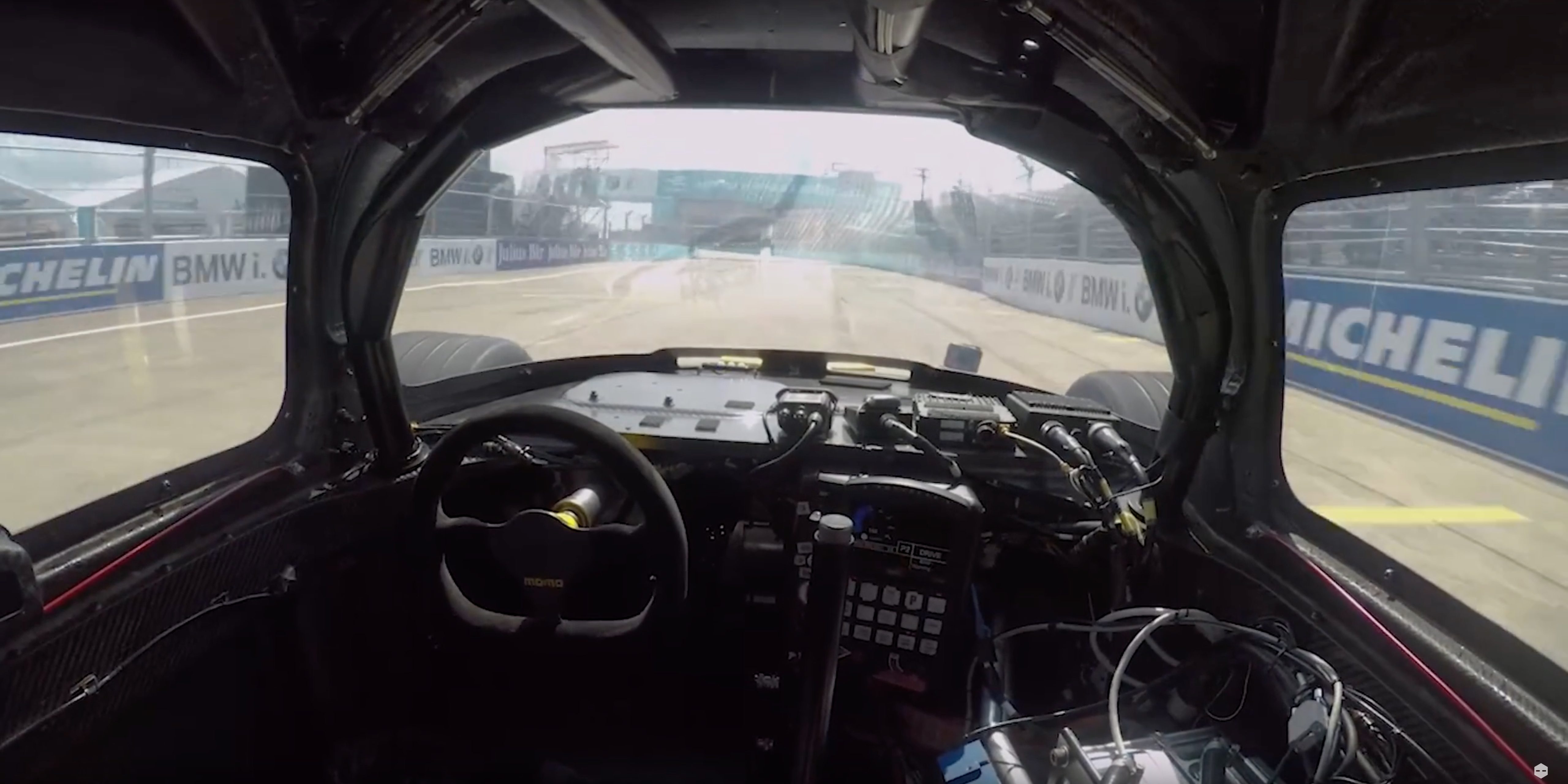 Two weekends ago at the Berlin ePrix, spectators got to see Roborace’s DevBot, the autonomous racing car prototype, do a full lap of the Formula E circuit at Tempelhof airport.  We’ve seen a few short videos which we’ll link below, but today Roborace released the thing we’ve been waiting for: actual in-car footage of the full lap around the circuit.

We’ve seen the Robocar on track before, at the Paris ePrix circuit, but Roborace never released full video of that lap and as you can see from the videos in that article, it was done at very low speed in “explorer mode.”

Berlin’s demonstration didn’t use the Robocar, but went back to the DevBot development car to see how things have been progressing.  The difference between the two is that the DevBot is capable of carrying a human driver to do a shakedown lap and make sure everything is working mechanically, but this will obviously not be present in the final autonomous Robocar.

After taking to the track in explorer mode and learning the circuit, the DevBot was put into AI mode for a high speed lap.  Throughout the day they did several laps at increasing speed, starting at a top speed of 100km/h (62mph) for two laps, then eight laps at 150km/h (93mph), and finally they cranked it up to 200km/h (124mph).

At the end of the day, Roborace claims that the DevBot was capable of completing a lap within 8% of the time done by a skilled human driver.  8% doesn’t sound like a huge difference, but in racing terms it’s pretty significant – in Formula 1, for example, cars are not allowed to compete unless they are within 7% of the best car and driver’s time.

That said, considering this is the car’s first time out on a circuit in autonomous mode and there is surely vast improvement to come, that is still incredibly impressive.  The video below shows that the car is very conservative with its braking points, goes quite wide around the apexes, and never really lets itself get out of shape or on the edge of the car’s performance, so once it starts taking a few more risks or learns the circuits better, I have no doubt that it will manage to start setting competitive times.  Now, what will happen when we get several cars on track having to react to each other and trying to execute passes will be another story.

We have three videos for you below.  The first is in-car footage of the full lap of the Berlin circuit, released by Roborace.  The second is a video sent to us by reader Grzegorz Karpinski, from the grandstand at the circuit during one of the DevBot’s 150km/h laps (so this is of the car in “medium speed” mode, and is not the fastest lap the car set).  The third is the most recent episode of “Inside Roborace,” a YouTube series talking about the technology behind the race series, and this episode focuses mainly on DevBot’s recent trip around the Berlin circuit.

And the Inside Roborace video: