The new vehicles that Tesla unveiled last week featured some design details and technologies that we have seen before in Tesla’s vehicles, but it also featured some incremental improvements and apparent technological leaps that surprised us.

It opens up the question: are we going to see some of those developments in Tesla’s other vehicle lines?

Obviously, the Tesla Semi design is not something that can offer a lot of cues to the automaker’s other vehicles, which are currently sedans and an SUV, but with this said, you can still see that the truck is a Tesla vehicle.

The vehicle will offer more to Tesla’s upcoming pickup truck in terms of design.

But for Tesla’s current vehicles programs, it’s the new Roadster that is more interesting for the design.

This is Tesla’s first sports car built from the ground up. The previous generation of the Roadster was built on a Lotus chassis and it predates Franz von Holzhausen’s tenure as Tesla’s Chief Designer.

It’s why it’s not surprising that aside from the semi truck, it’s certainly the vehicle that is most different from Tesla’s current lineup.

Now some fans are trying to imagine how the Roadster’s design could influence Tesla’s sedans, like luxendary‘s vision of the Model S with Roadster features: 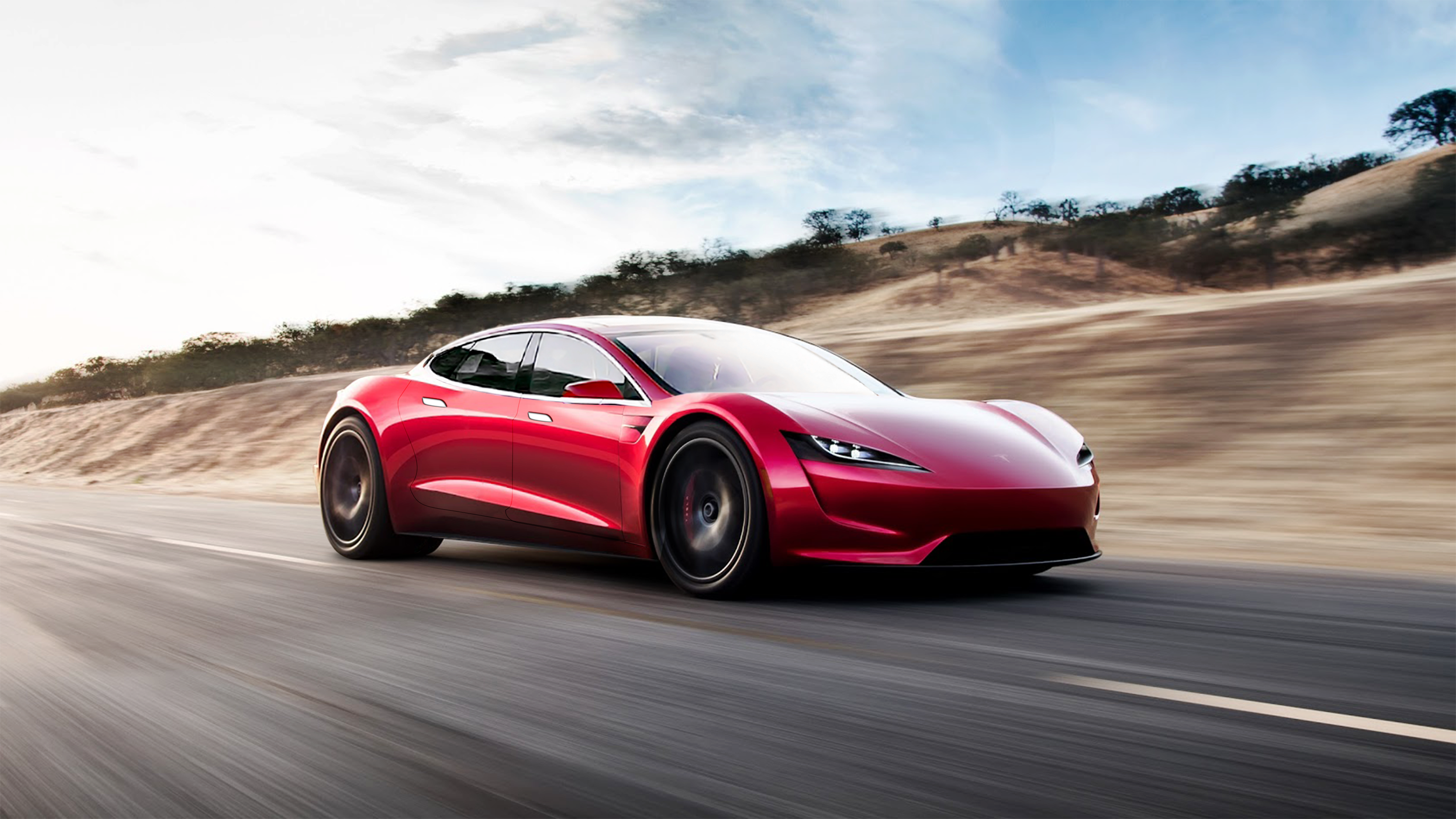 A cool feature of the Tesla Semi that Elon Musk announced is the ‘Tesla Armor Glass’, which is supposed to be able to withstand a thermonuclear explosion.

Of course that’s not the point. The point is that you can avoid cracks on the windshield and keep your truck on the road.

It might be a cool feature to see come to Tesla’s other vehicles – though it might end up being an overkill for a passenger car.

That’s the most intriguing thing that came out of Tesla’s unveiling last week in my opinion.

In order for the claims that Elon Musk made about the semi truck to be true, they can’t be using the same battery technology they are using today for a few reasons.

A 1 MWh battery pack, which is what would be required to support Tesla’s claim of 500 miles of range, would be too heavy and take a hit out of the payload capacity. Not only that, it would be extremely expensive (over $100,000 at best at current rates) and wouldn’t make sense with the prices that Tesla confirmed this week.

It sounds to me like Tesla might have access to a new battery technology and they are plotting for it to be financially viable for volume production by 2019.

The same battery advancement might have also enabled the crazy performance of the new Roadster. A battery pack in a small format with 200 kWh requires some impressive volumetric energy density that doesn’t look possible with what we see today, aside maybe with the exception of the Nikola Zero.

If they have something that is just that much better, it would make sense to use the same technology in Tesla’s other vehicle lines.

But it sounds like the technology wouldn’t be ready for volume production until 2019-2020. 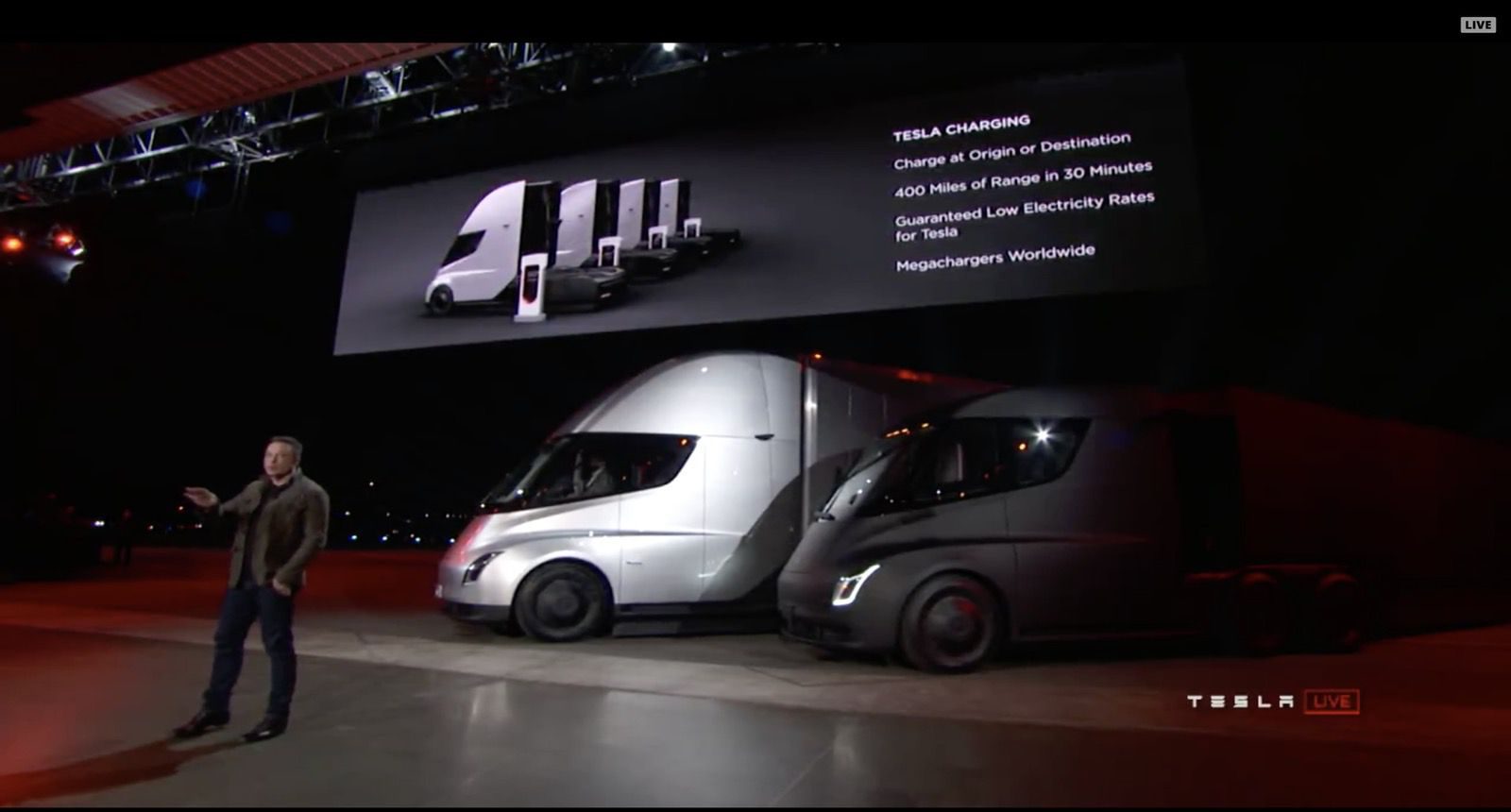 Another thing that could be linked to a potentially new battery technology is the new “Megacharger”, which Tesla says can add 400 miles of range to the Tesla Semi in 30 minutes. We expect it could mean an insane charge rate as high as 1.6 MW.

Tesla has been talking about increasing the charge rate of the Supercharger for a long time now, but they have been stuck at 145 kW.

For now, the new Megachargers seem to only be for Tesla Semi trucks and it’s unclear if it’s what Musk meant when he talked about ‘Supercharger V3‘, but I wouldn’t be surprised if it ends up enabling higher charge rates to other vehicle programs in the future. Though again, it might be linked to a new battery tech.

What do you think? What features from Tesla Semi and Roadster that you want to see on other EVs? Let us know in the comment section below.