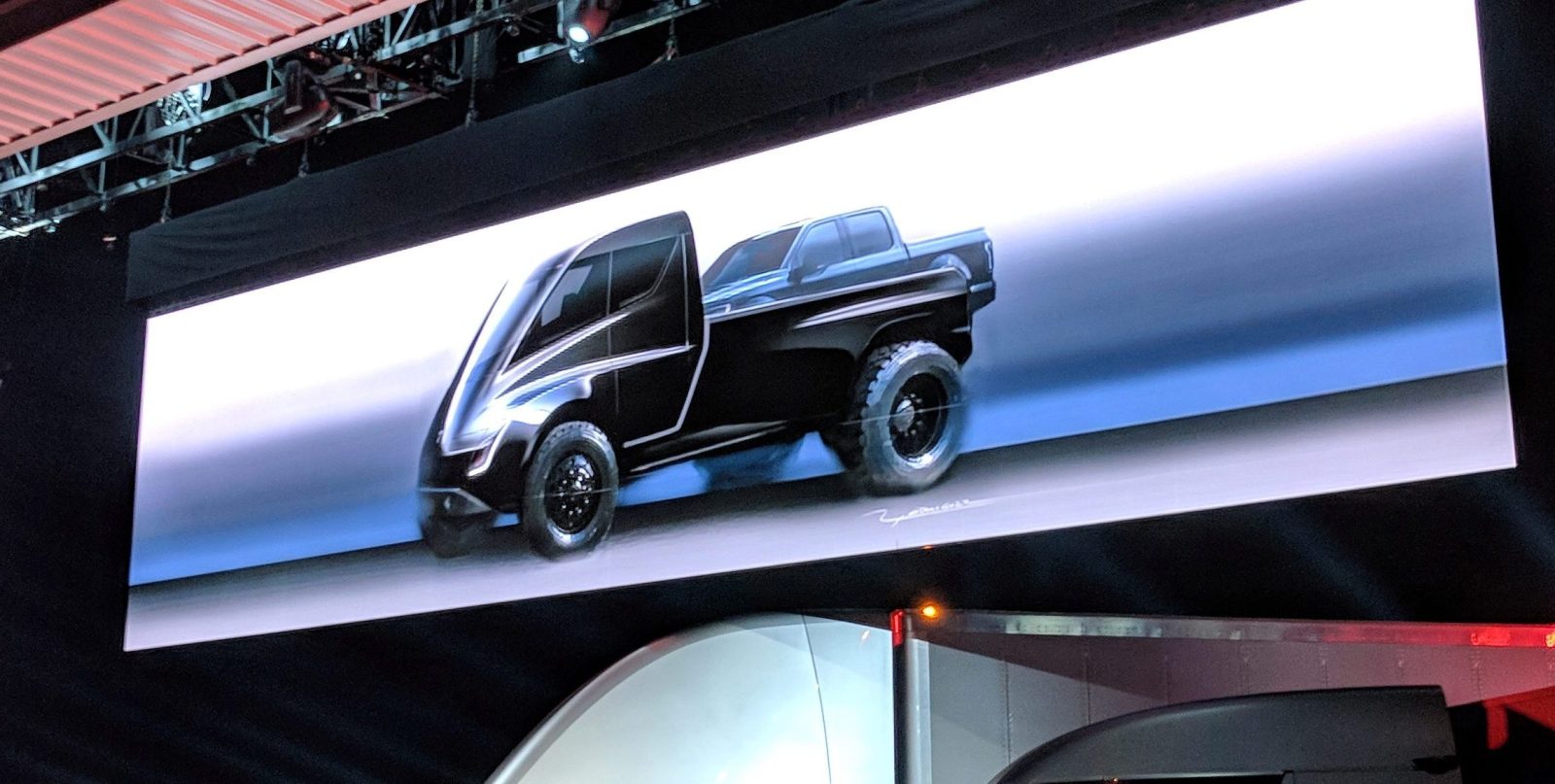 Between the unveiling of the Tesla Semi and the new Roadster, it’s almost easy to forget that Tesla also showed the first image of an electric pickup truck, which is based on the semi truck architecture.

The vehicle is so ridiculous that it almost sounds like a joke, which is actually not usual when it comes to Elon Musk’s announcements.

Musk has been talking about making a Tesla pickup truck for a while now, but it was never clear where the vehicle would fit on Tesla’s product timeline.

But it now seems to be clearly attached to Tesla Semi – something that he actually referenced a few months back on Twitter:

What if we just made a mini version of the Tesla Semi?

After going through the specs of the Tesla Semi, Musk announced that the company leveraged the development of the truck to make a massive pickup truck version:

It almost looks like the vehicle is a design exercise to see what they can do with the technologies that they developed for Tesla Semi.

Here’s the image that they released next to an “early sketches” of the semi truck:

But it’s apparently something that they are actually working on. It appears that they want to package the Tesla Semi technology into a vehicle that anyone can drive.

“You’ll actually be able to legally drive that with a driver’s license. It’s kind of wrong, but I like it.”

If the performance specs are anything like Tesla Semi, it will indeed be something else to put those giant machines in the hands of anyone with a driving license.

We are glad that Musk tentatively started opening up about Tesla’s plans to electrify the pickup truck segment. It’s not quite what we wanted, but it’s getting there.

In a previous op-ed after Musk said that Tesla doesn’t plan to unveil its electric pickup truck until the end of the decade, I argued that ‘Tesla should unveil it and open reservations right away for the sake of the US auto industry‘.

The idea is that pickups are the profit centers for all the American automakers and by showing that there’s demand for electric versions of those trucks, like Tesla’s reservation process did with the Model 3, it would jump-start efforts to electrify their own truck programs.

While they didn’t start taking reservations and they unveiled the semi, on which the pickup is apparently, and not an actual pickup prototype, it’s still a step in the right direction and something that could possibly help get things moving at other automakers on that front.