Tesla appears to be rushing toward its seemingly impossible goal to have 10,000 Superchargers online by the end of the year. In recent days and weeks, the company has been opening mega Supercharger stations with record numbers of stalls.

The news follows the launch of Tesla’s two new 40-stall stations in the US yesterday.

Tesla already had a 50-stall station in China, which became the biggest in the world when it opened in Shanghai last month. Now, Tesla updated its Supercharger station at the Baolong Plaza in Beijing from 20 stalls to 50 stalls.

Jason Man, a Tesla owner in China, keeps updated on the local Tesla charging infrastructure and says that a new impressive picture of the giant updated charging station started to make the rounds on Chinese social media: 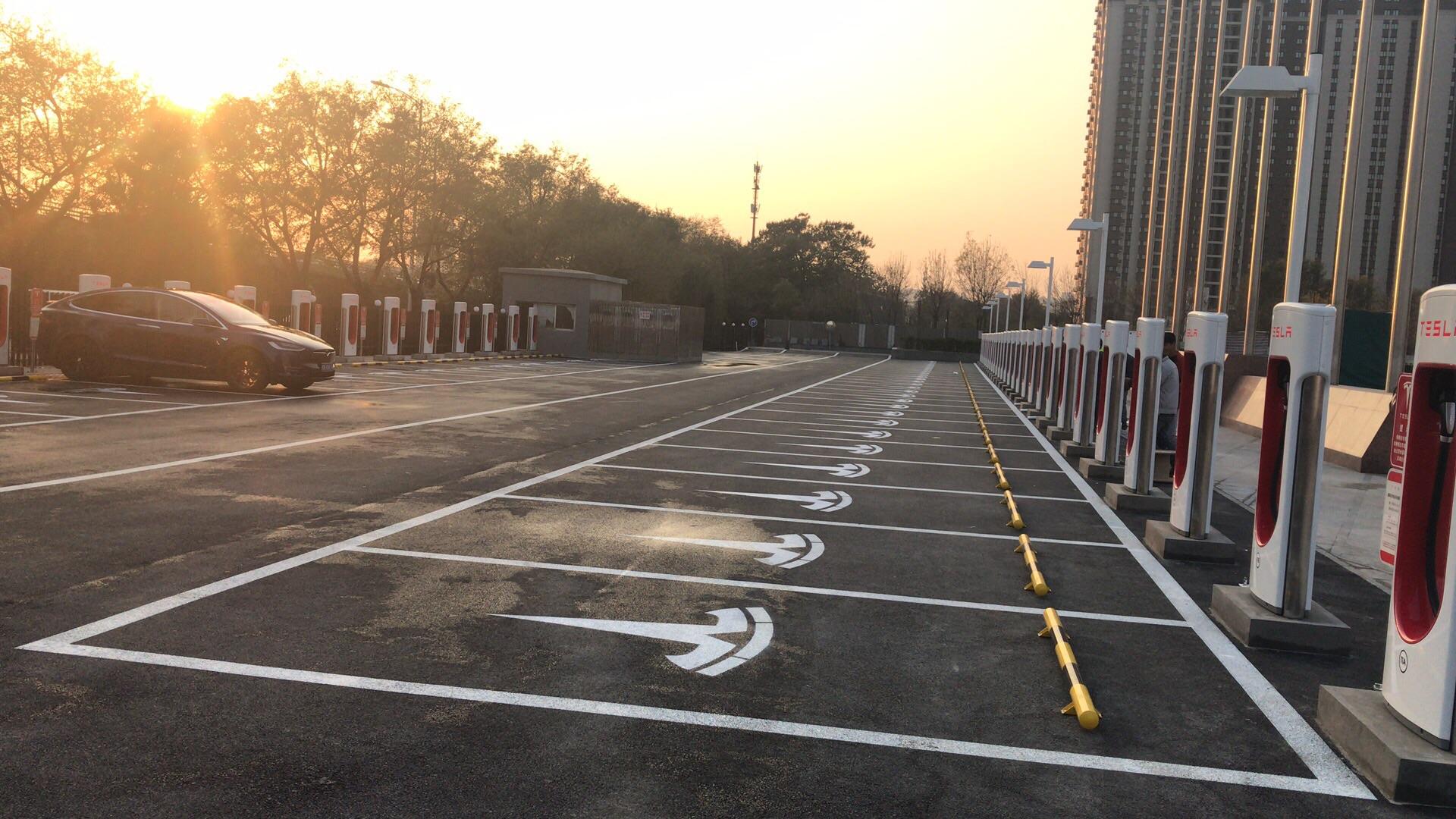 It makes sense that Tesla is focusing on expanding its Chinese charging infrastructure since China is already the biggest market for electric vehicles, or any vehicles for that matter, and Tesla profited from the demand by tripling its sales to over $1 billion in the country in 2016.

Tesla continues to have strong sales in the country this year, where it leads foreign electric car sales with no close second.

The company keeps growing in the market with Model S and Model X alone by expanding its presence with more stores, service centers, and Superchargers, but local manufacturing and Model 3 are expected to be needed to take the automaker to the next level in China.

Earlier this month, CEO Elon Musk said that he expects that Tesla will have a factory running in China in about 3 years.

With this new station, over the space of just a few weeks, Tesla opened 4 new record-breaking Supercharging stations – now bringing the total number of Supercharger stalls to over 7,500.

Tesla is still a long way from their goal of 10,000 Superchargers by the end of the year, but they currently have over 80 stations under construction and several of them have 20+ stalls, according to Supercharge.info.

If they can bring most of them online over the next month, they should get pretty close to their goal.

Furthermore, Tesla recently demonstrated the ability to bring Superchargers online rather quickly. They added over 50 stations and 600 stalls over the last month and they deployed the new Supercharger corridor going to its giant Powerpack project in Australia in just 2 weeks.

I find it hard to believe that they will reach their goal with just about 6 weeks left in the year, but I wouldn’t go as far as saying that it is impossible – especially if they keep opening those new giant Supercharger stations like those in California and China.

What do you think? Will they make it? Let us know in the comment section below.