Earlier this month, Tesla extended its planned Supercharger route in Australia all the way to its new giant Powerpack project.

Surprisingly, Tesla already completed the route just in time for the launch of the project on Friday.

We have seen projects stuck in the permitting or construction phases for months to even a year.

But this new Supercharger corridor shows that when things are managed efficiently, Tesla can bring Superchargers online rather quickly.

The 4 Supercharger stations between Melbourne and Tesla’s Powerpack project north of Adelaide in South Australia were in the permitting and construction phases for just about two weeks before being brought online (hat tip to ChuqTas).

Now a Tesla driver can technically drive all the way from Sydney to the Powerpack project at the Hornsdale Wind Farm near Jamestown, South Australia: 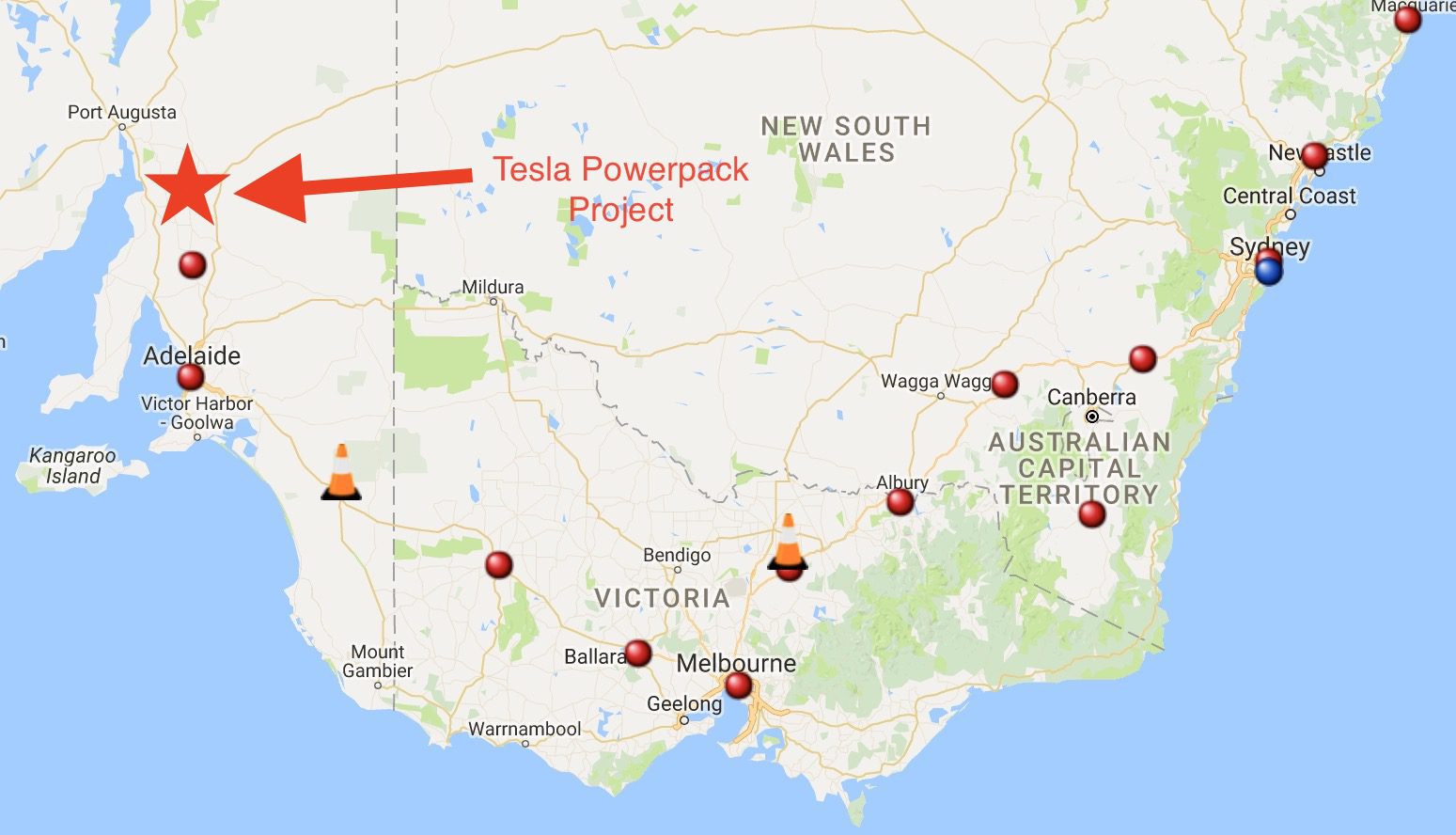 It will actually be useful since Tesla is holding a ‘celebration’ event at its new giant Powerpack project on September 29 and they invited some Tesla owners in Australia.

There’s one Supercharger station in Keith that is still shown as “under construction”, but the Supercharger is installed and they just need to complete the pavement in front of it. Here’s a picture of it from earlier today (via mhh on TMC): 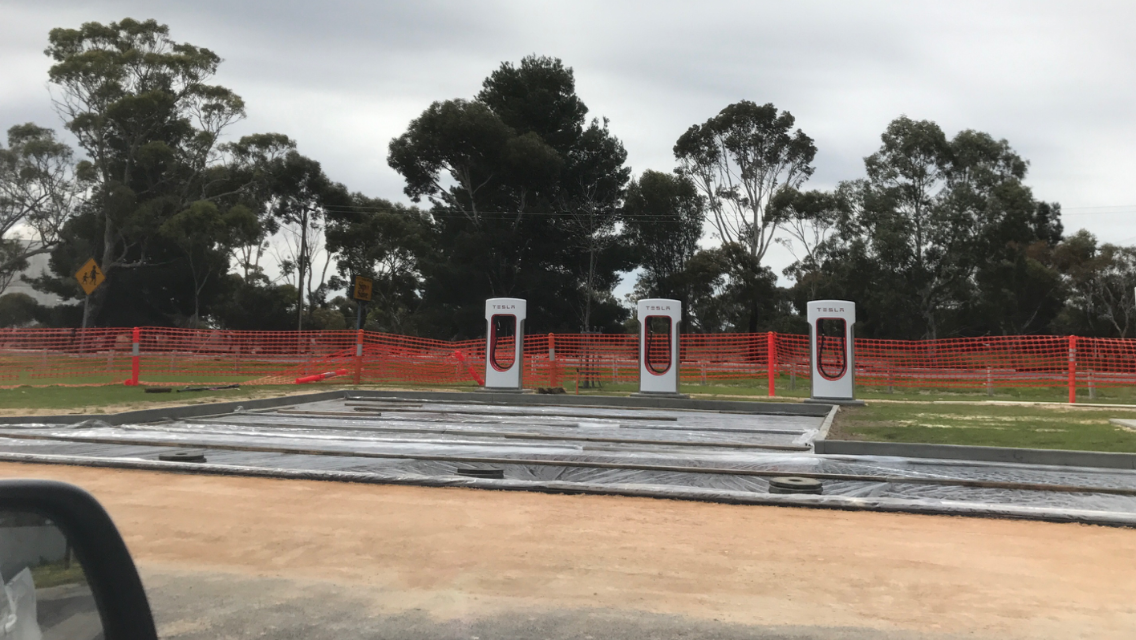 In the meantime, it’s good news for Tesla’s goal to have 10,000 Superchargers worldwide by the end of the year.

They currently have 981 Supercharger stations online with just over 6,700 Superchargers, but if they keep adding them that quick, maybe they have a shot at reaching 10,000 over the next 3 months.