Rimac Concept One beats Porsche 918 Spyder in quarter mile, the era of ICE supercars is over 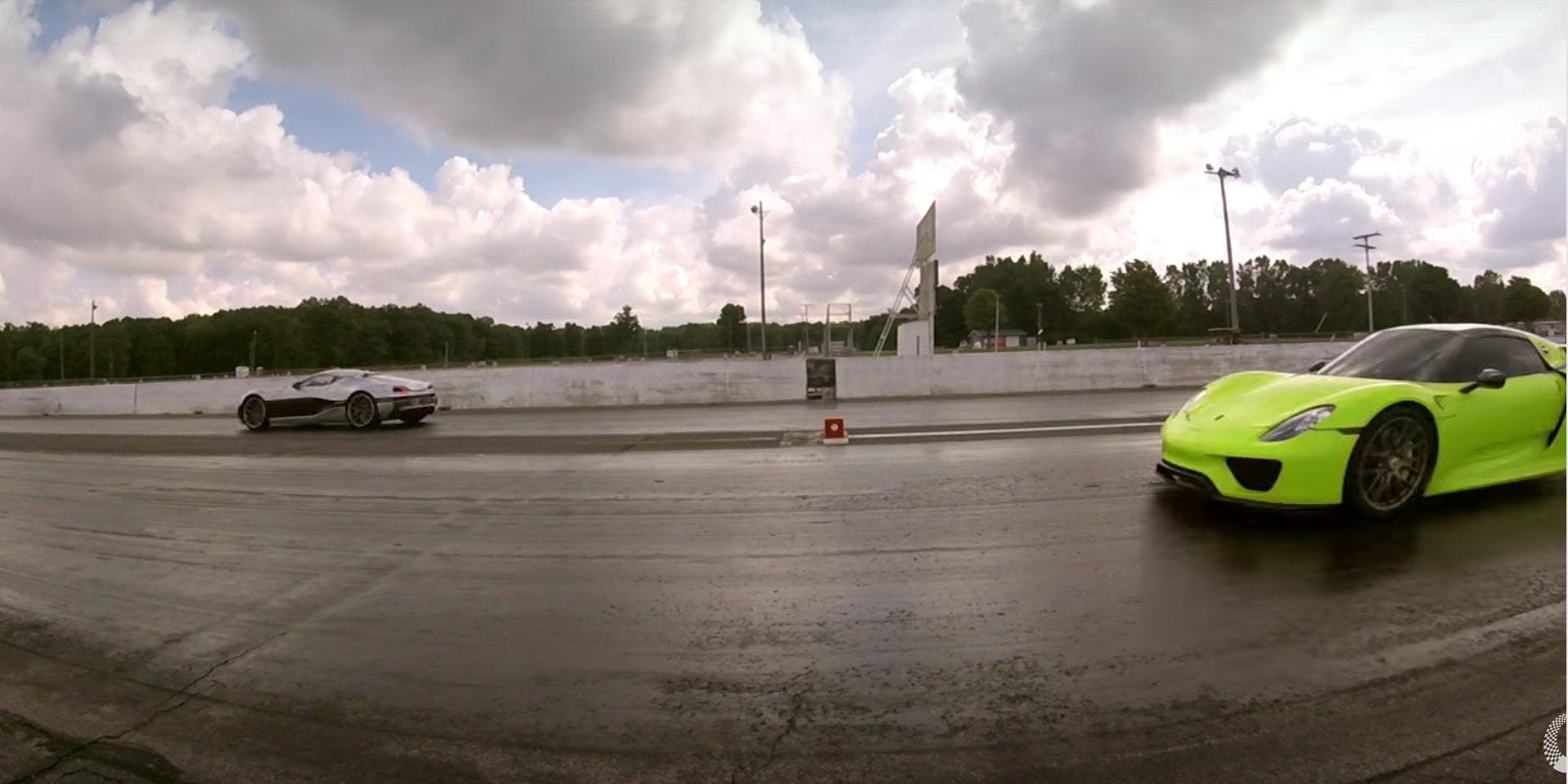 With the release of the Tesla Model S P100D in August, and deliveries last month I knew it was time to RIP combustion engines on the supercar circuit. The P100D hits 60mph in 2.5 seconds and hits a quarter mile in just over 10 seconds. The Model S also seats as many people (7) as a minivan, is very street smart and it part of a large and growing production line vs. the typical supercar which are only hand made in batches of 100 or so. Imagine if you built a limited production electric car optimized just for speed and not carrying a whole family.

Enter the Rimac Concept One.

We’ve discussed Rimac quite a bit in the past. They are a Croation startup by namesake Mate Rimac that provide parts for other high end vehicles. They even make this insane Greyp bike.

But they’ve also showcased their incredible 2-seat Concept One Supercar which was developed in-house. Recently Rimac started shipping these and the one in the video below was delivered to the US last month. This thing has 1088hp delivered to 4 motors that drive the wheels through 2-speed transmissions allowing for much higher top speed than Tesla’s Model S.

Youtuber Salomondrin got to take the Rimac Concept One against a Porsche 918 Spyder, officially the fastest production supercar in the world in the 0-60 and no slouch at the quarter mile either.

I’ve queued the video, below, up to the 5 minute mark where the race actually happens. As you can imagine, the Rimac wins handily with a sub-9.9 second time. While the Spyder is officially listed slightly faster at a 9.8 second quarter mile and a few other vehicles actually beat the 918 in the quarter, it is pretty much game over when a small Croatian startup is taking on the Porsche’s of the world. There is so much left for electric vehicles to optimize while we’ve seen the biggest companies in the world eaking out ever smaller improvements out of internal combustion.

Think about how far electric has come just in the past four years. The original Model S P85 was at 4.6 seconds 0-60. Folks are making 1968 Mustangs 0-60 in under 2 seconds and others are already hitting 1MW and beyond. Imagine what will happen in another 4 years.