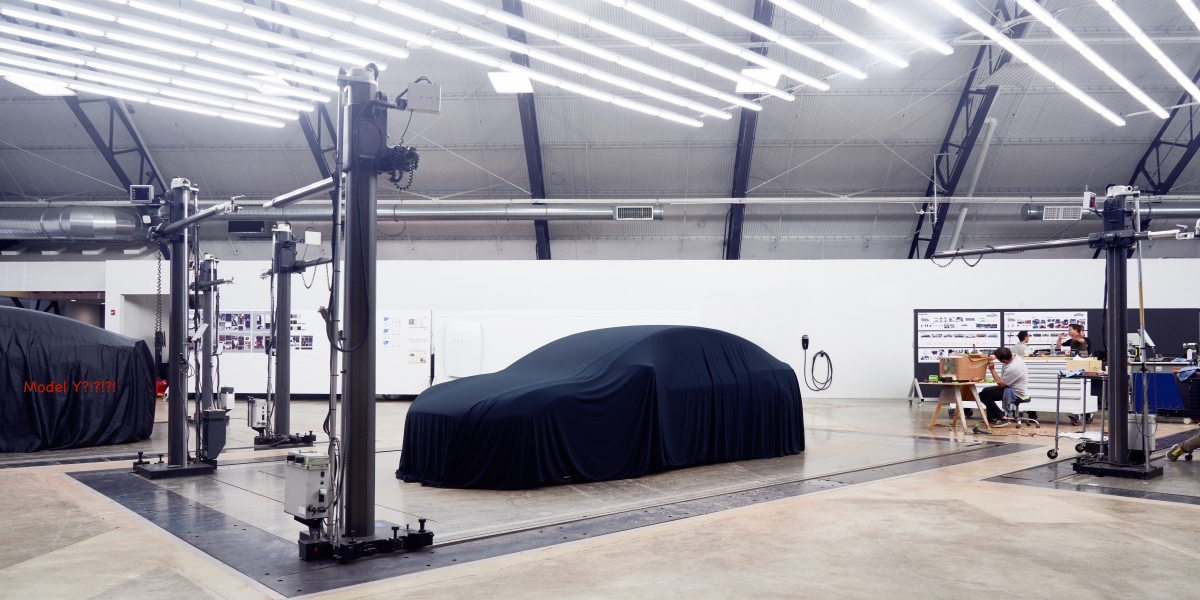 Via Wired.de – what’s that on the left?

Update: Tesla has now announced specs for the base model which will be 215 mile range and a 0-60 time of under 6 seconds.

We’re about 24 hours away from the Model 3 unveil and it’s time for everyone to show their cards. Tesla, in an age when secretive tech companies like Apple can’t keep any of its products from leaking, has let almost nothing leak on the upcoming Model 3. Almost everything we know about the Model 3 has come via Elon Musk late night Tweetstorm or official releases.

A second hand source had previously informed me that Tesla was working on multiple versions of the Model 3 and that slippery low drag design was a major source of the work. Tesla later clarified that only one Model 3 design would be shown off at launch.

However a different source who has provided reliable information in the past has given us some real news on the Model 3.

The biggest news: According to a source who has seen the design that will be shown off tomorrow, it looks like a smaller hybrid of the Model X and S. It is a bit taller sedan with a unique front that looks more like a Model X than a Model S. The car is shorter and narrower than either the model X or S but is described as “sexy and sporty”. The person who saw it said that they didn’t like the look of the X initially and only came around to liking it when the Falcon Wing doors were exhibited. This person instantly fell in love with the design of the Model 3, however, saying “It seems so right”.

One of the standout specs Tesla will [eventually] tout is that the premium version will be able to travel from 0-60 in under 4 seconds. We weren’t told if this is for the base model or a more premium edition with bigger battery and AWD, but the latter is much more likely.

Speaking of higher end, the price tag on the high end version of the Model 3 grows significantly to almost base Model S territory with estimates in the $50-$60K range. What do you get for that money? Besides autonomous driving on the level of the Model S and X, Tesla will also offer the aforementioned AWD option. In addition, a battery pack that we’re estimating in the ~80kWh range will take the Model 3 to over 300 miles in range. That’s at highway speeds and not hyper-miling at 30mph which means you can travel almost 5 hours between charging and almost complete the 364 miles between the Tesla design studio in Hawthorne and its HQ in Palo Alto.

As a comparison, Tesla’s current mileage champ, the Model S 90D can go 288 EPA certified miles on a charge.

Tesla recently drove its updated Roadster from San Francisco to Los Angeles and as we’ve seen, a lot of Tesla’s breakout features revolve around CEO Elon Musk’s commute (for instance the jump seats in the Model S fit his 5 kids). Whether they get to 360 miles or not will be interesting. Putting a 100kWh battery in a slippery Model 3 might do that but I’ve heard nothing in that regard.

Anyway, we’ll be in line tomorrow and following the event live so come back and join us!

Featured image: Wired claims that this cloaked car is the Tesla Model 3