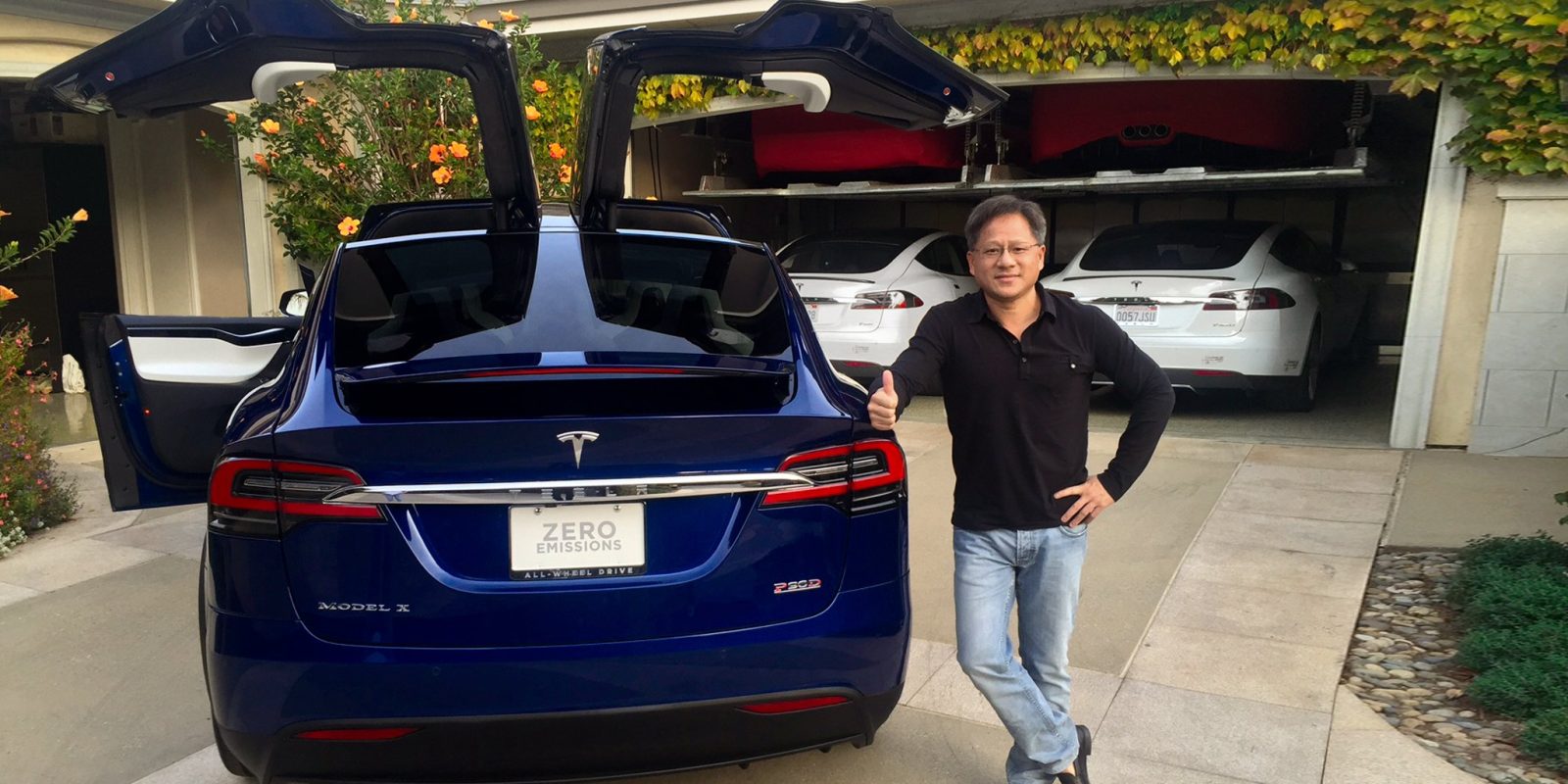 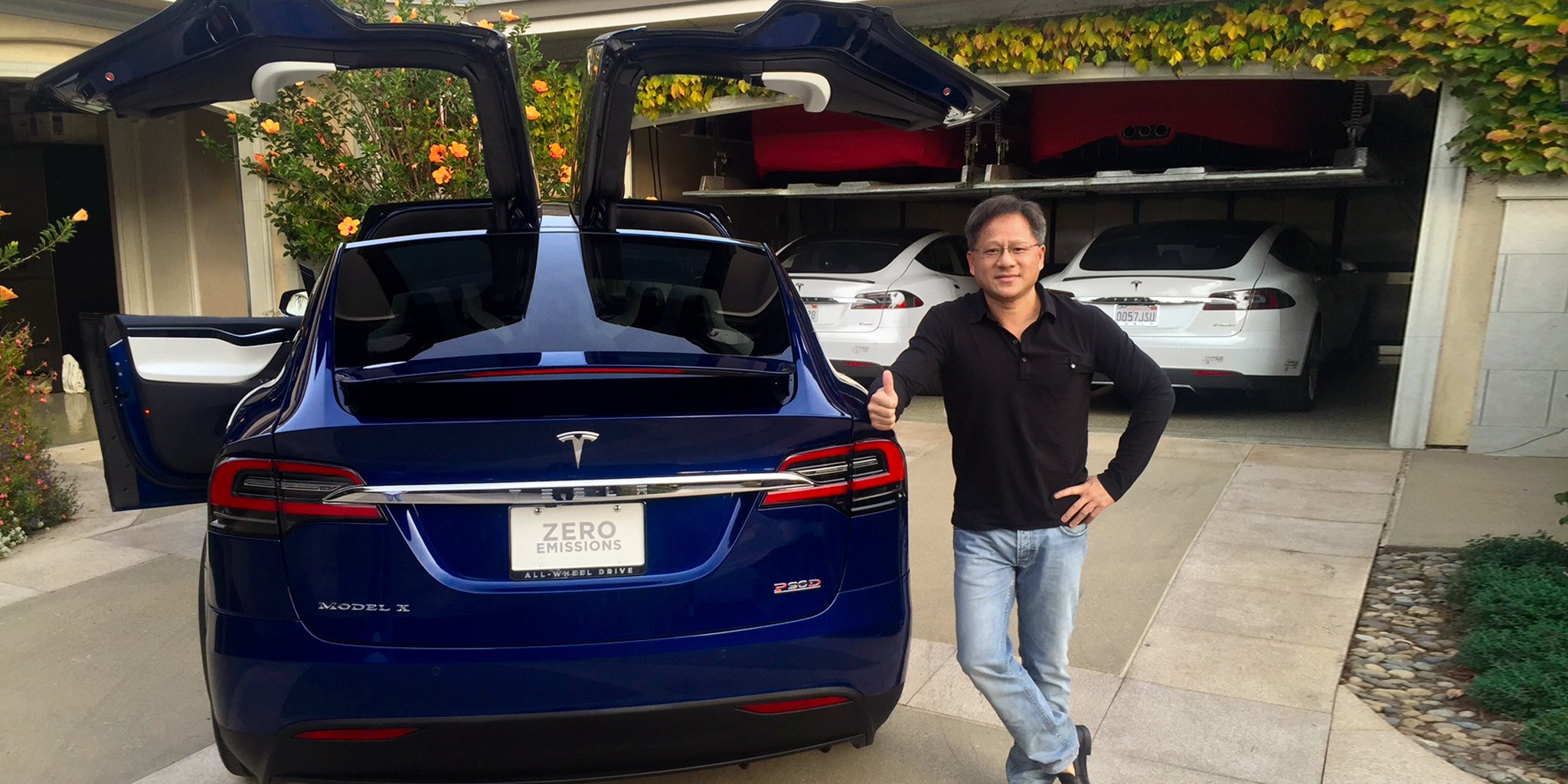 NVIDIA CEO Jen-Hsun Huang announced that he took delivery of a rare Tesla Model X P90D, presumably a ‘Founder Series’ since Signature Model X reservation holders have yet to be assigned a delivery date. His Model X is joining what appears to be an already filled car stable including not one, but two Model S’s.

Huang is thanking the NVIDIA team because the chip maker is actually a supplier for Tesla. The company is making great strides in the driver-assist market and it is expected to be an important supplier for Tesla’s Autopilot as well as for Google’s and Apple’s efforts in the field. .