Last month Tesla announced a new referral program for Model S owners that will run as an experiment through October. If you refer the Model S to a friend, your friend will get $1,000 off the price of his new car and Tesla will credit you $1,000 for your referral, which you can apply to any purchase with the company, like a new car, service center visit or accessories.

Now dealership are pushing back against Tesla’s program. California’s main dealership lobbying group sent a letter to the director of the California Department of Motor Vehicles, Jean Shiomoto, to ask his agency to crackdown on the referral program.

“While many other licensed dealers would like to offer similar referral fees to existing customers, California law flatly prohibits the practice”

Tesla confirmed they are aware of the law and they don’t think it prohibits them from proceeding with the referral program, but they already had to make modifications to the program in Ohio and Virginia to comply with state laws. Now Model S owners who are referring a friend will not get the $1,000 credit in Ohio and Virginia, but the person being referred will get $2,000 off his new purchase instead of $1,000. Owners closing referrals will still be eligible to win a Model X or an invitation to the Gigafactory as part of the “short-term experiment”.

The outcome of the program is still uncertain in California.

This is not Tesla’s first issue with car dealerships. The electric car maker insists on bypassing what they see as an outdated middleman between car manufacturers and customers. They instead sell their cars directly to customers through their company-owned stores or through their website.

Depending on how severe are direct car sales laws in certain states, Tesla is not allowed to sell through their stores or they are limited to a predetermined number of stores in others: 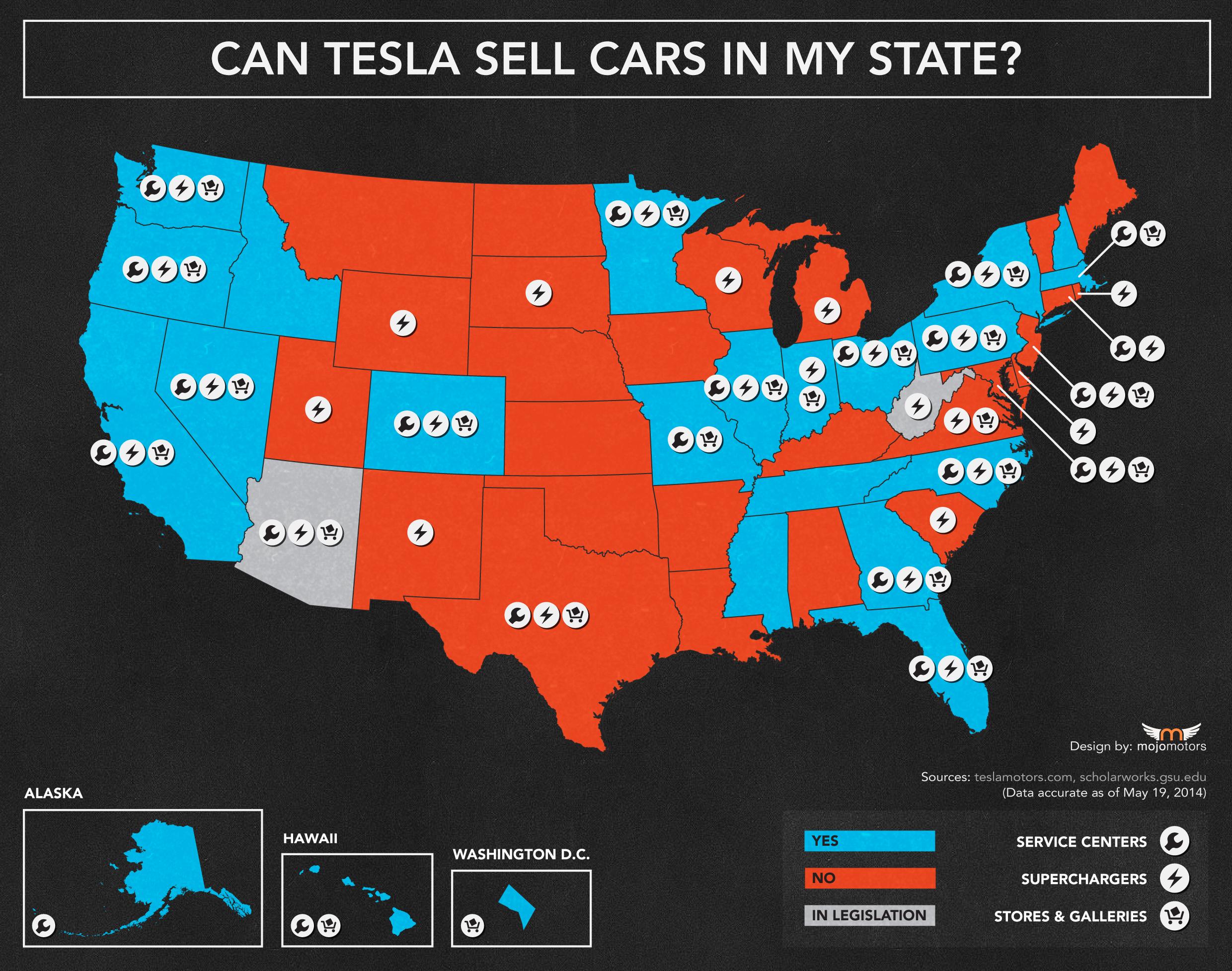 The referral program is believed to be Elon Musk’s “secret weapon against dealerships“.  During the earnings call discussing Tesla’s fouth quarter results, Tesla’s CEO, said the company had “a secret weapon on the demand side” and that it could “work against the dealers”. He said the company could “deploy” the weapon later in 2015.

When the company unveiled its “mobile stores” earlier this year, some thought this could be the “secret weapon”, but although unconfirmed, the referral program is more likely to be it, especially considering the backlash from car dealerships.