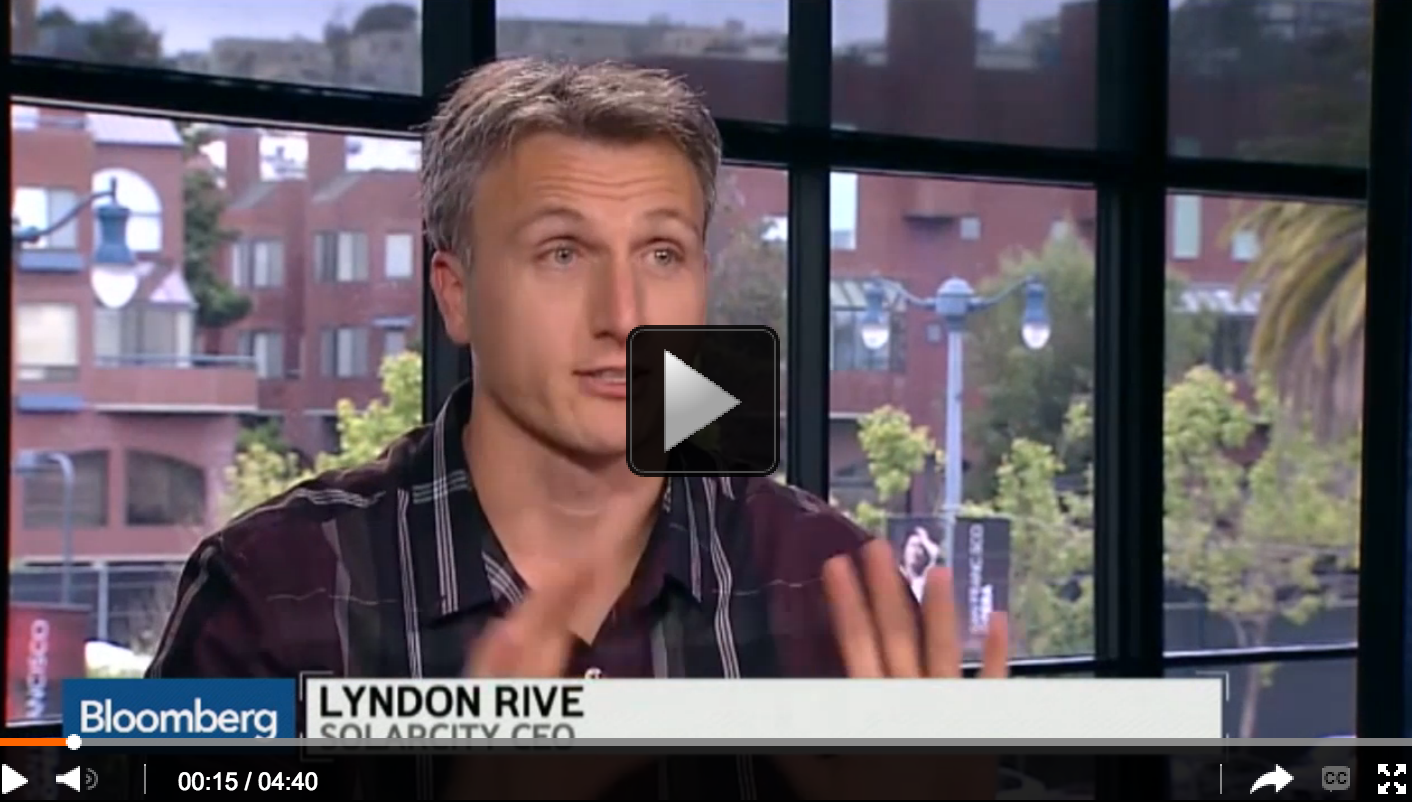 There has been a lot of uninformed banker-speak in the media about Tesla’s battery including by Bloomberg here. The problem is these folks don’t understand the new market that Tesla is opening up.

But I’m also turning to Bloomberg for the first smart analysis and that’s not surprisingly from Solar City’s Lyndon Rive (who happens to be Elon Musk’s Cousin – perhaps you noticed the accent?).

The complaints have been that the battery wall doesn’t make economic sense – that for the average household to go off the grid with these combined with solar (or wind), it would be incredibly expensive.

I don’t think most people want to go off the grid except those who do live out in the wilderness where the connecting to the grid is prohibitively expensive. Why would you ever want to leave the Grid? If just for a backup, it makes a lot of sense to keep it around even if your primary means of getting electricity is solar/wind + batteries.

But in Hawaii where there is lots of sun, the power companies are blocking or delaying solar installations using phony complaints about overloading the grid (Solar would actually lighten the load on the grid in the long haul). In this unique case where sun is plentiful, energy is expensive and energy policy is insane, it makes sense for Solar City and others to use Tesla’s battery to go off grid. Solar City can build an off grid system (they are being blocked from building on grid) and the pay off is a few years at lower than current energy prices. Solar City can make a profit by charging customers 80% of what they are currently paying for energy

The hope from Rive is that houses going off grid forces policy change in Hawaii. As he notes, this is a “postcard from the future”. Other high sunlight states like Arizona are also making it harder to put in Solar with their “Solar Tax“.

There is an upcoming war between fossil fuel energy providers and rooftop solar. This is Tesla/Solar City ace in the hole.

Backup power will be the big draw

Most Americans (44/50 states) live in a place with net metering makes a whole lot more sense than a “off grid battery setup”. This very fair and sane policy allows you to sell excess solar back into the grid during the day and then take power from the grid at night with the credits you earn during the day. This is a standard grid tied setup that almost all of the solar companies use and what people get government tax advantages on.

If you break even on your energy usage, you only pay the grid connection charge. If you use more than your solar array provides, you pay the retail rate of energy. If you use less energy than your array provides, you get a credit which can go toward your grid tie and tax costs. Importantly, that credit is at the wholesale energy rate which is much lower than the rate you pay. For this reason it currently only makes sense to build a solar installation that meets or barely exceeds your energy usage but in the future, if you can sell your energy at retail rates back into the grid or to your neighbors, another spike in solar installations would happen. The power companies wold obviously want to block that.

The problem with this setup until now is that if the grid goes down, your energy goes down too. Even on a sunny day with lots of solar panels, you would get no energy without some type of cutover switch. That’s where Tesla comes in.

The $3500 Tesla Energy Powerwall backup battery at 10kWh is enough to run the average house with 2/3rds of its energy usage between solar charging, according to Rive. That means that when the grid goes down, you don’t need to rely on old-fashioned fossil fuel burning generators. The power that a generator would use is supplied by a combination of solar and the 10kW battery. While the grid is down, you’d be forced to avoid things like running your washing machine/dryer, dishwasher, electric ovens and other power hungry appliances.  Your gas/oil furnace would stay on, your refrigerator would remain cool and your internet connection would remain active (assuming whatever took out the grid didn’t also take out your Internet connection).

The benefits compared to fossil fuel generators are huge. As Rive said, you don’t need to fuel up, maintain, smell, see them and something he didn’t mention is that fuel generators are loud and keep the neighborhood up at night. A backup battery is a no brainer for solar installations that also want a backup battery. Until now only a handful of small companies offered Lithium battery backups and most were lead acid-based which are huge and toxic.

Rive mentions the perfect word scenario where the grid providers still provide some power but their primary focus is shifted to moving energy around. In this world, batteries like Tesla’s cut the spikes out of the just-in-time world we currently live in. When the spikes are eliminated, less power capacity is needed and fossil fuel power plants can be cut down and eliminated. Eventually, in this case, all energy can be made renewable as Elon Musk demonstrated in the Powerwall announcement.