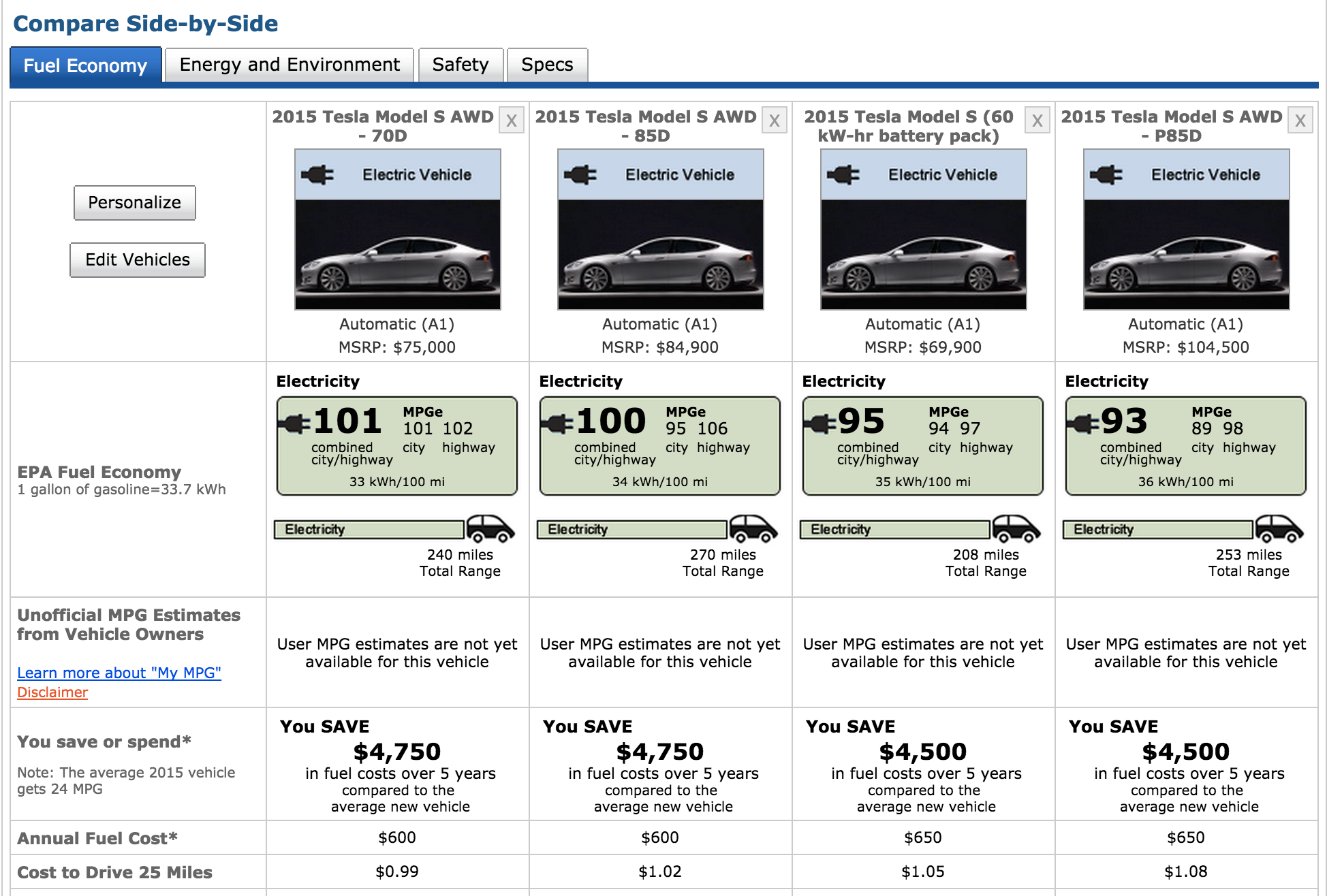 The US Dept of Energy released its eMPG ratings for Tesla’s new Model S 70D and it is the first Model S to go over the 100 MPGe.  In fact it is more that a 6% gain over the Model S 60 it replaced. Some of that efficiency will be chalked up to the dual motors that Elon Musk discussed in the launch of the D lineup. However, such a huge gain in performance might also be attributable to losses made in the weight in the vehicle since the S60 was launched 3 years ago.

If you look at the compare to the heavier battery 85KW models, you see particular gains in city driving where stopping and starting is more prevalent – a place where weight matters. Musk noted that the P85D would see some loss in efficiency due to the performance tires on the 3 second 0-60 supercar model. 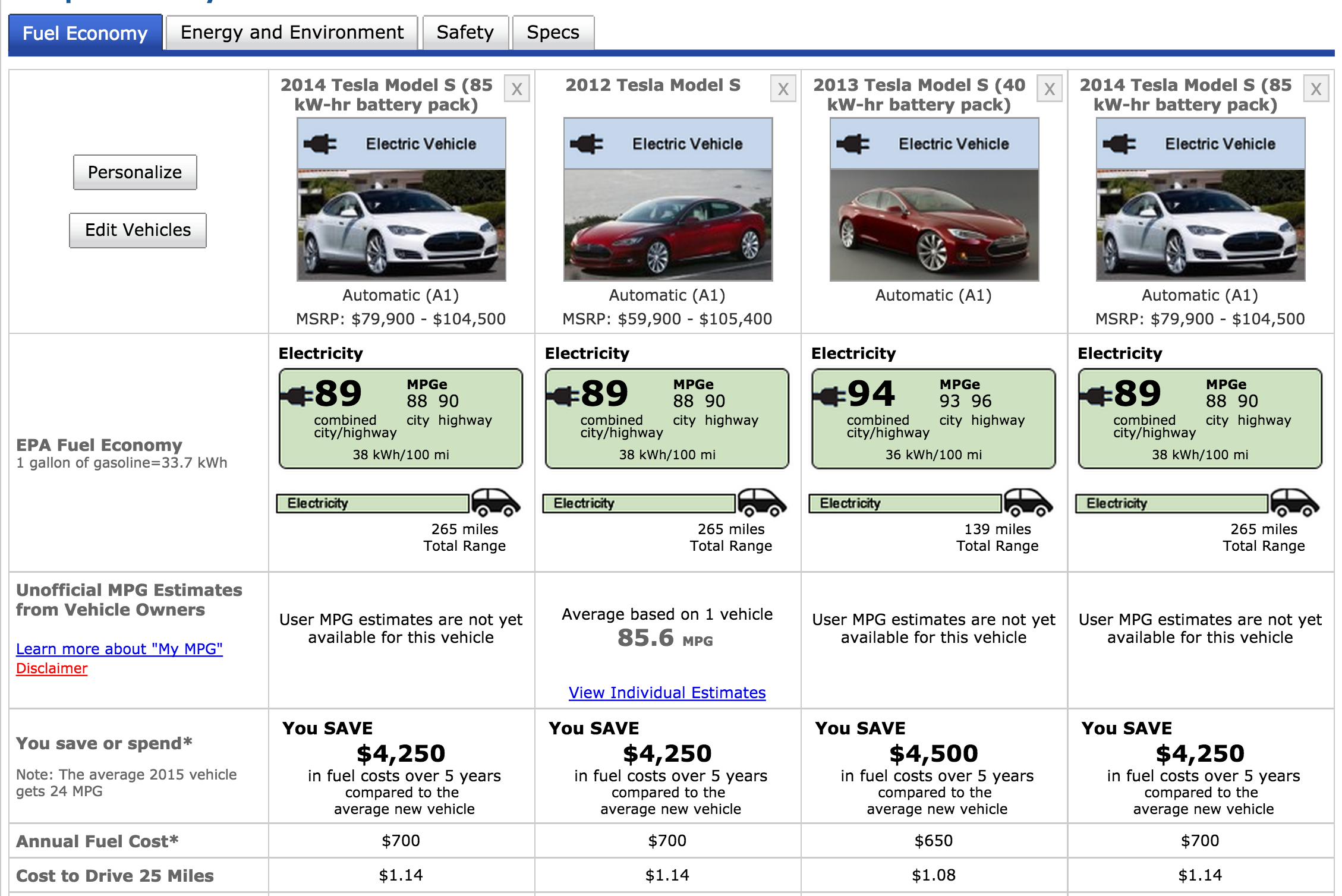