Earlier this year, we reported on the Pope being offered a free electric car. He was given the choice between a Nissan Leaf and a Tesla Model S. The Pontiff decided to go with the more modest Leaf.

Now we learn that the Pope is expanding his EV fleet with an Ampera E, the European version of the Chevy Bolt EV. END_OF_DOCUMENT_TOKEN_TO_BE_REPLACED 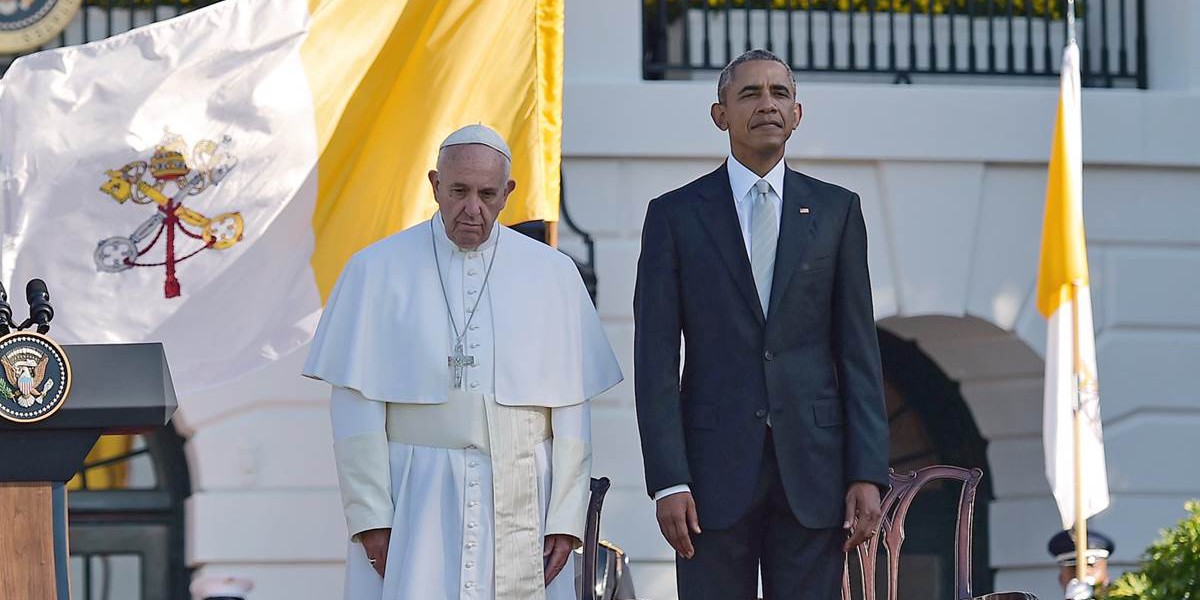 Pope Francis arrived in DC this morning for his first visit in the U.S. and he addressed the crowd at the White house following President Obama’s ‘welcome speech’. In his speech, the Pontiff reiterated his concerns over  air pollution and encouraged the President’s initiative to address it. END_OF_DOCUMENT_TOKEN_TO_BE_REPLACED