Pope Francis was offered a Tesla Model S or a Nissan LEAF, he chose the LEAF

While Catholicism advocates to end poverty, the Vatican is known for its excessive luxury. The current Pope has been known for not indulging, or at least less so than previous Popes, in the luxurious lifestyle.

He showed his more modest attitude again recently when he reportedly turned down Tesla’s premium sedan, the Model S, in favor of a Nissan LEAF.

Berlin-based asset manager Jochen Wermuth has been leading an effort to convince the Vatican to divest its assets from fossil fuels and invest in sustainable energy.

As part of this effort, Wermuth wanted to gift Pope Francis an electric vehicle and he offered both a Tesla Model S and a Nissan LEAF.

Wermuth told Germany’s Spiegel that the Pope preferred the smaller LEAF over the bigger Model S.

He brought the LEAF to the Vatican himself and introduced the leader of the catholic church to the EV:

The LEAF will now be available to the Vatican’s fleet free of charge for one year – thanks to Wermuth.

Pope Francis is actually not the first Pope to have been driven in an EV since Pope Benedict XVI received a custom Kangoo Z.E. from Renault: 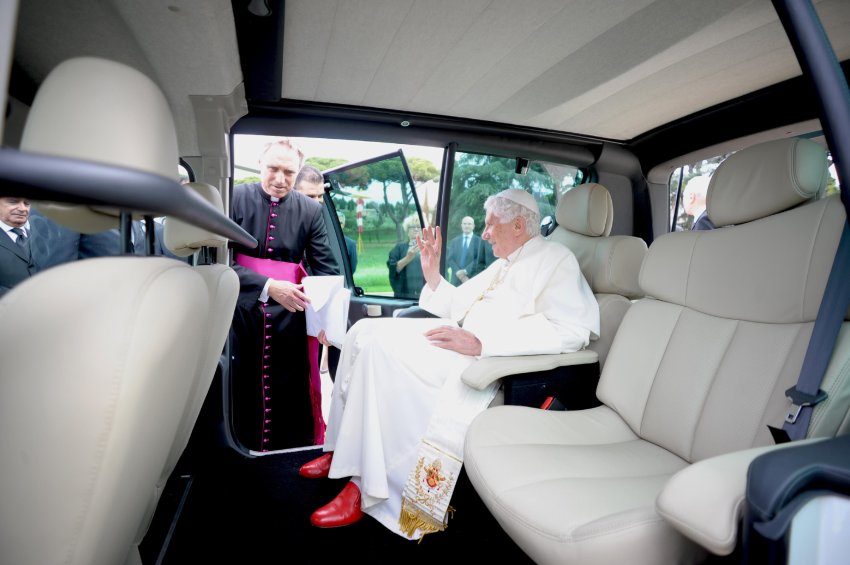 Wermuth’s investment firm, which has been an advocate for the divesting movement, is now part of a joint working group of the Vatican to build a new sustainable investment strategy for their assets that have been estimated at $10 billion to $15 billion.

What do you think? Could Pope Francis become an EV ambassador? Considering his influence, it can only be good for EV awareness.