Earlier this year, we reported on the Pope being offered a free electric car. He was given the choice between a Nissan Leaf and a Tesla Model S. The Pontiff decided to go with the more modest Leaf.

Now we learn that the Pope is expanding his EV fleet with an Ampera E, the European version of the Chevy Bolt EV.

While the Vatican is rich, the Pope doesn’t have to pay for much. For the Leaf, Berlin-based asset manager Jochen Wermuth gifted the vehicle to the church in an effort to convince the Vatican to divest its assets from fossil fuels and invest in sustainable energy

Now for the Ampera E, Opel, formerly GM’s European division now owned by the PSA Group, gave the vehicle to the Pope.

Opel CEO Dr. Karl-Thomas Neumann gave it personally to the leader of the Catholic church at an event in Vatican City this week. 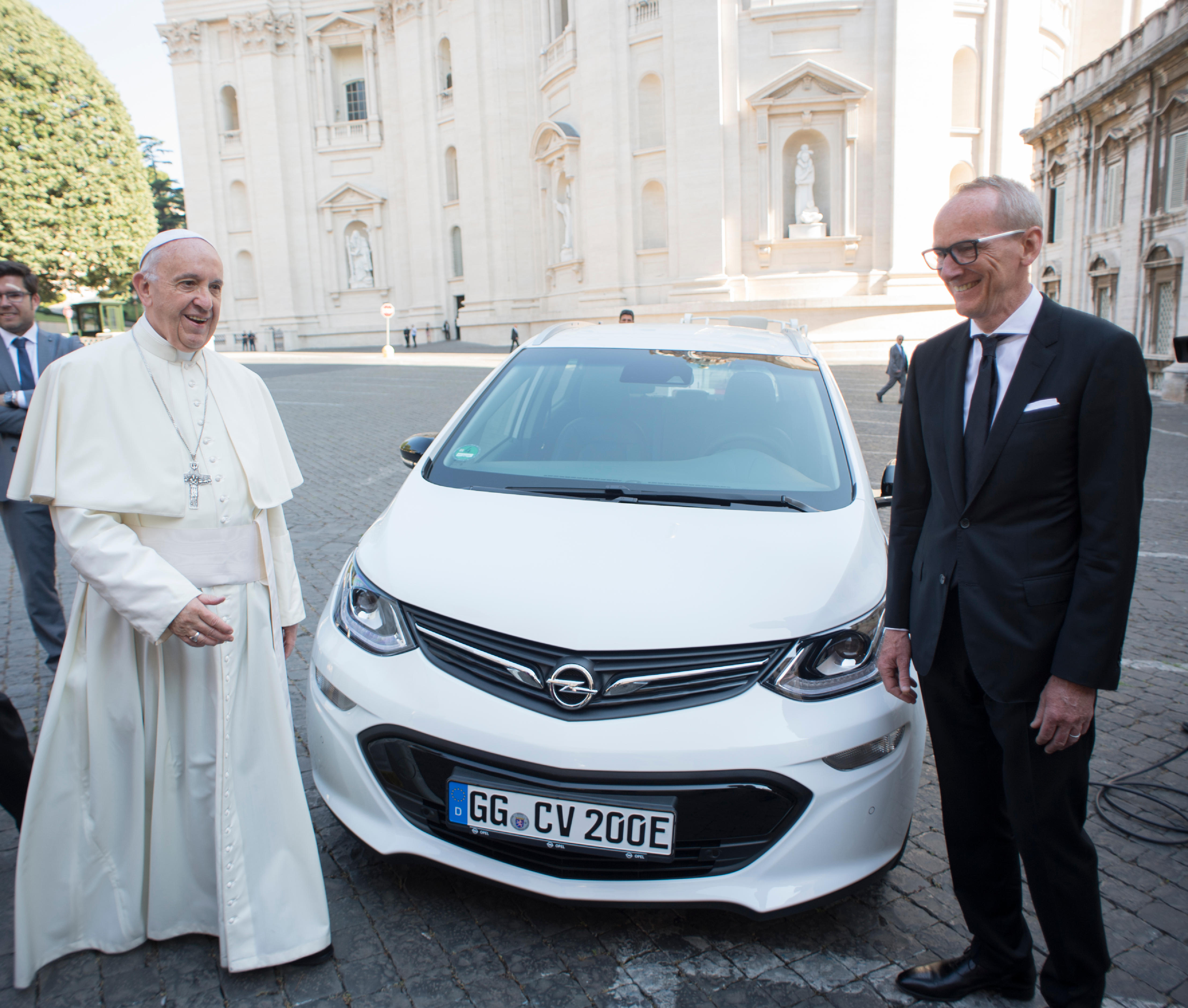 “We are proud that we as Opel can contribute to the ambitious goals of the Vatican City. Our new Ampera-e will make electric mobility feasible for everyday use without any compromises,”

It’s fair to say that the Pope is one of the first Opel Ampera E owners in Europe since the automaker only recently started delivering the vehicle in European markets after GM started production for Opel.

After PSA’s acquisition of Opel from GM, they said that the plans for the Ampera E remained unchanged and that GM will build the Chevy Bolt EVs branded Opel for the company to sell in Europe.

Yet, the supply has reportedly been limited despite strong demand for the vehicle, especially in Norway.