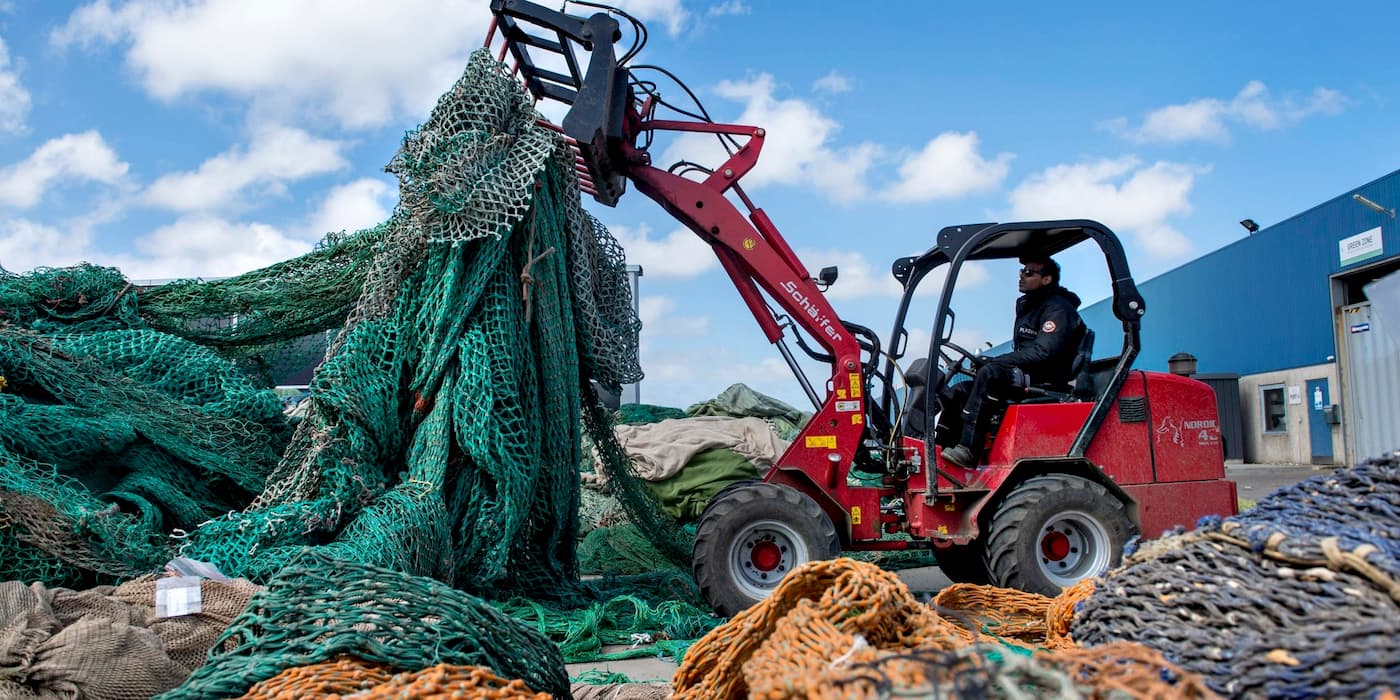 To show the German automaker is all in on its climate goals, BMW says it will use recycled fishing nets in its NEUE KLASSE (“new class” in English, referring to BMW’s new electric power train) set to launch in 2025.

Although BMW has been more reluctant than some of its peers to go all in on electric vehicles, the automaker has ambitious climate goals. The luxury automaker announced plans last year to reduce carbon emissions throughout its vehicle life cycle by 40% by the end of the decade, up from the previous 33.3%.

Despite this, BMW has yet to announce when they will phase out internal combustion vehicles. BMW aims for 50% pure EV sales by 2030. In comparison, Mercedes-Benz has committed to all-electric vehicles by 2030, while Audi shoots for a full EV lineup by 2033.

That being said, BMW does realize the importance of sustainability and reducing its carbon footprint. BMW’s CEO, Oliver Zipse, said at the auto group’s annual meeting:

A climate-friendly car is not created solely by using green power. We must design our vehicles for sustainability from the very first day of development: reducing the amount of material used to manufacture them and, above all, planning for reuse and recycling from the very beginning. In the face of rising raw material prices, this is not just an environmental, but also a business imperative.

And fishing gear specifically is threatening marine life as it’s designed to capture them in the first place.

To help reduce this issue, BMW will be using recycled fishing nets and ropes to make trim parts for both the exterior and interior of its NEUE KLASSE (“new class)” of EVs.

You didn’t misread that. BMW will use fishnets that were improperly left in the ocean to conserve resources, reduce its carbon footprint, and avoid plastic waste pollution.

The automaker said from 2025, the NEUE KLASSE will include trim parts made of plastic containing about 30% recycled fishing nets and ropes. Furthermore, BMW is doubling its target of using secondary materials in the thermoplastics of new vehicles from 20% to 40% by 2030.

BMW is working with PLASTIX, a Danish cleantech recycling company, to make it a reality. The team separates the plastic waste and then uses an innovative process to produce plastic granules.

Previously, recycled plastic from the ocean has only been used in vehicle fibers. BMW’s new process can also be used in the injection molding process, which will help clean up the oceans and conserve materials.

The automaker said recycled fishing nets will be featured in exterior and interior trim parts of its NEUE KLASSE EVs after 2025 in visible and nonvisible areas.

BMW’s new unique recycling process benefits the automaker (helping it reach its climate goals) and the oceans and marine life.

Fishing gear is becoming a bigger problem than most realize, contributing to the most plastic pollution. One study found up to 86% of large plastic pieces floating in the ocean were discarded fishing gear, like ropes and nets.

I’m happy to see a major auto manufacturer step up and dedicate resources to help clean up. BMW also said the plastic raw materials are “proactively sourced” to prevent them from ending up back in the sea. Maybe other auto manufacturers will follow in BMW’s footsteps.