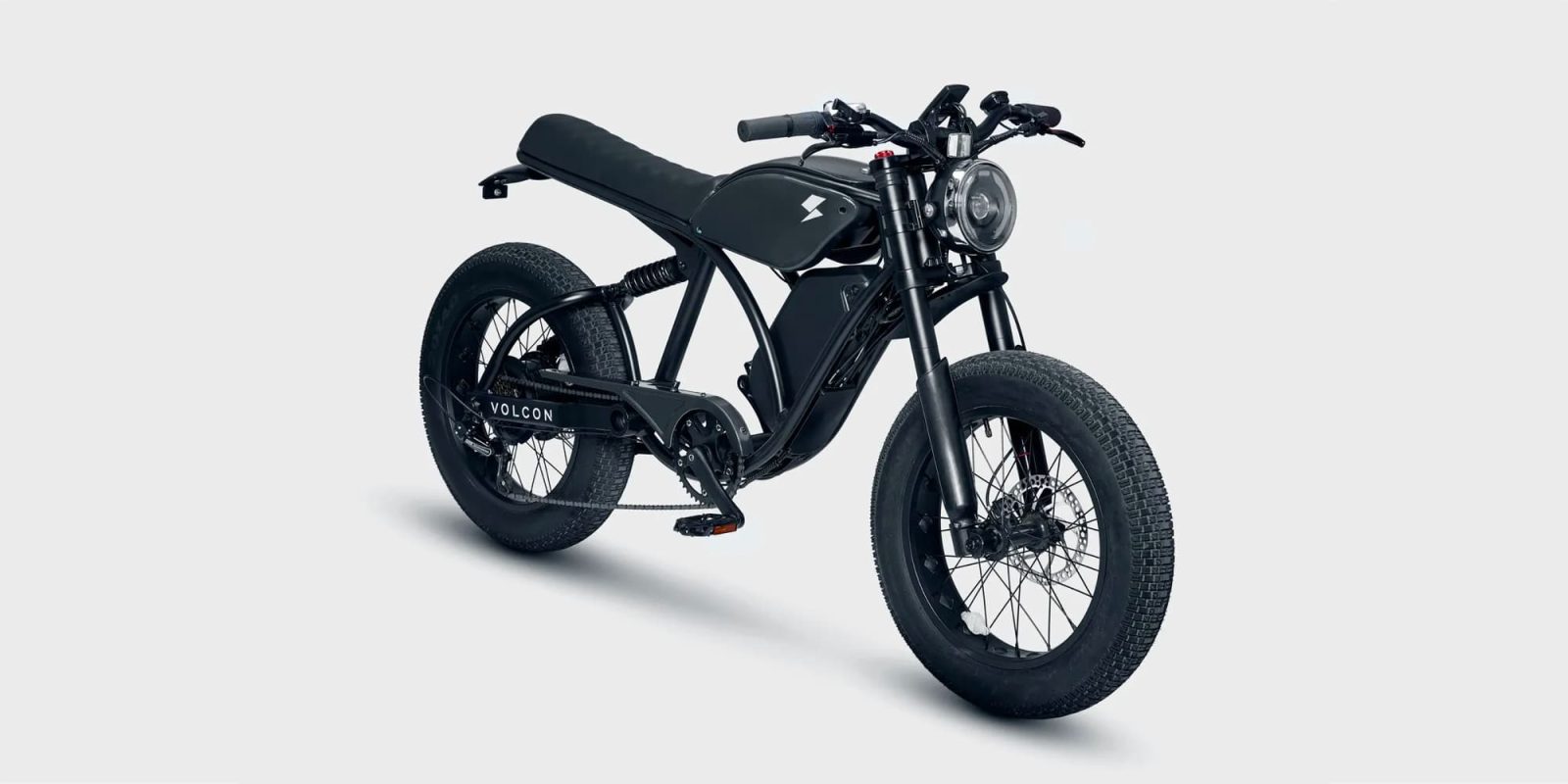 Volcon Powersports, maker of off-road electric motorcycles and e-UTVs, has officially entered the electric bike market with its first street-legal EV, the Volcon Brat. The news follows the company’s slow drip campaign that teased its launch over the last few weeks.

The moped-style electric bike may look a bit like a scaled down Volcon Grunt motorcycle, but it’s actually a fully-legal electric bicycle.

The Volcon Brat uses the same exo-arch frame as the Grunt, creating something of a baby brother to the fat tire off-road electric motorcycle that launched Volcon’s start several years ago.

While our brand was built on the dirt, we have a passion for all things performance and the Brat meets our expectations. We set out to enter the market with not only a high-performance machine, but a bike that had style as well. The e-Bike market is saturated with lookalike products, and we believe the Brat stands out from the crowd in both looks and performance.

We believe the strong growth in the segment is a unique opportunity to offer a fresh product, grabbing the attention of on-road e-Bike enthusiasts. The proverbial leap from the Brat to the Grunt isn’t far. If you can ride the Brat, you can ride our Grunt, meaning as your riding style changes and experience progresses, we’ll have the product for you.

When it comes to performance, the 86 pound (39 kg) Volcon Brat is technically a Class 2 electric bike that offers speeds of up to 20 mph (32 km/h) with either throttle control or pedal assist – at least that’s the case when you stick to the first three power modes.

There are four power models available, though, with the highest one unlocking a top speed of 28+ mph (45+ km/h) that is intended for off-road riding only.

How much higher than 28 mph? We likely won’t know until the first bikes hit the dirt and/or road, as most electric moped-style bikes that can surpass the legal on-road limit of 28 mph don’t actually list their true top speed for liability reasons.

The same is likely true for the “750 watt” motor found in the Volcon Brat, which looks like it could surely put out more than 750W of peak power.

The Volcon Brat also includes a 750Wh battery mounted fairly low in the frame. The company claims a maximum range of 70 miles (112 km) in ride mode 1, but good luck ever seeing that figure. Unless you’re sticking to low-power pedal assist, the true range will be much less.

The faux-tank on the top tube isn’t there to hold gas. Rather, it is actually a lockable storage area akin to a glove box, something we rarely see on electric bikes. There’s also a USB charge port inside that box to keep your phone or other devices charging.

The bike rides on an inverted front fork and rear mono-shock, offering a full-suspension frame to smooth out rougher trails and streets. Combined with the 20×4″ tires, the Volcon Brat likely offers quite a smooth ride.

Other interesting components include a full-color LED display to provide ride data directly on the handlebars, hydraulic disc brakes, a long bench seat, and a Shimano transmission to let pedal-curious riders run through the gears.

Volcon is currently taking reservations without a deposit, letting riders get in line for no-money down. Once the bikes become available to ship in November, they’ll cost you $2,799.

I’m definitely interested in this one. Sure, it’s Volcon’s take on a Super73, but it’s an interesting take, nonetheless. And compared to a Super73-RX, it’s about a thousand bucks less.

I’m not surprised to see Volcon move into the e-bike space. It’s the next logical step for a company that already builds electric powersports products and now has a pile of stockholders to keep happy (something that has proven difficult based on the downward trajectory of its stock price over the last year).

After recently undergoing a restructuring that included a series of layoffs as well as moving production of its vehicles out of its Texas-based factory, the new e-bike could help Volcon regain its footing ahead of its upcoming Volcon Stag UTV launch.