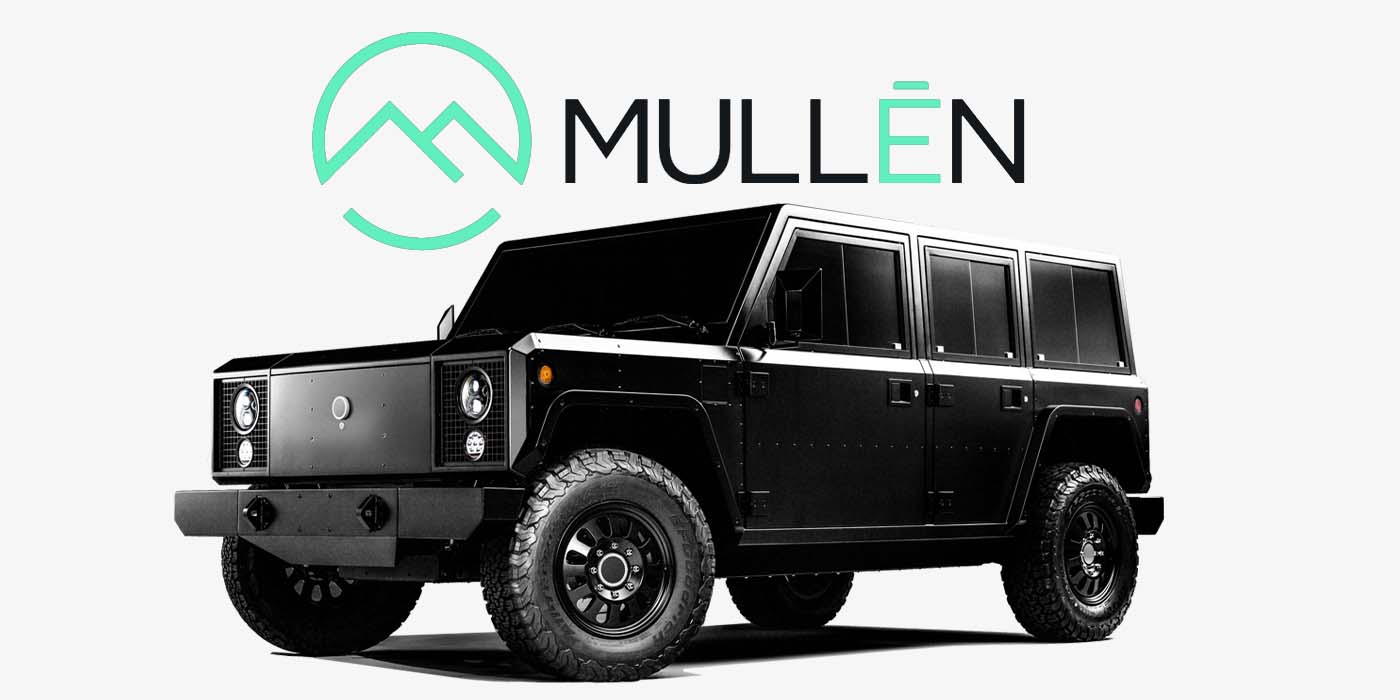 EV start-up Mullen Automotive has announced the purchase of a controlling interest in Bollinger Motors for $148.2 million in cash and stock. As the new majority owner, Mullen has already shared intentions to use the cash to resume Bollinger’s halt to B1 and B2 electric truck production while continuing to pursue the development of class 3-6 medium-duty electric trucks.

Mullen Automotive is a Southern California-based EV start-up founded in 2014 that has set out to deliver affordable EVs built entirely on US soil. Although the company has yet to deliver an EV to the market, it came close twice. First, it tried to bring the fabled Coda EV back from the dead, then struck a deal with Qiantu in China to try to bring the assembly of the Dragonfly K50 to the US.

Following a merger in 2020, Mullen pivoted its strategy once again and began focusing on its own ground-up EV model called the FIVE crossover SUV. That model is not expected to deliver until 2024, so in the meantime, Mullen looks to help bolster a fellow EV start-up in Bollinger Motors.

Man, it’s hard out here for start-ups. Like Mullen Automotive, Bollinger Motors is also an American EV start-up. It was founded in 2015 with a focus on creating rugged, full-size vehicles. Although it was originally founded in New York City, company founder Robert Bollinger decided to move the company to Michigan in 2018 following the debut of its first model, the Bollinger B1 SUV.

The B1 was soon followed by a pickup version called the Bollinger B2, which was upgraded to production-intent design models unveiled in late 2020. The company began taking reservations and announced official sales and production would begin in 2021.

Following nearly 50,000 reservations for the B1 and B2 combined, Bollinger surprised those excited customers with news this past January that it would be pivoting its business strategy to focus on electric commercial platforms and medium-duty trucks. As a result, B1 and B2 development was halted indefinitely, and the start-up said it would be refunding all reservation deposits.

Now, however, a glimmer of hope has peaked out over Bollinger HQ, as Mullen Automotive intends to get the B1 and B2 electric trucks into production using some of the cash from its acquisition purchase.

Mullen Automotive shared news of its fresh acquisition of controlling interest in Bollinger Motors this morning in a press release, sharing some of its plans for the future. Following the $148.2 million purchase in cash and stock, Mullen now owns 60% and a majority stake in Bollinger.

The sale warranted an excited, if not hyperbolic statement from Mullen CEO and chair, David Michery:

This acquisition is one of the largest in the EV industry to date and provides Mullen with the unique opportunity to aggressively expand into the high-demand commercial EV space. The strong interest shown by major customers in all the high-volume segments like delivery, telecom, municipal services, and utilities is a clear indication of the market’s desire for Bollinger’s vehicles. Combining Bollinger’s vehicles with our existing class 1 and class 2 EV cargo van programs gives us the chance to dominate the entire class 1-6 commercial light and medium duty truck segments. In addition, Bollinger will be able to leverage Mullen’s solid-state battery technology, making their current vehicles even more competitive as our technology launches across the total portfolio of EVs from both Mullen and Bollinger.

Mullen stated that with the acquisition comes nearly 50,000 of those original reservations for both the B1 and B2. We reached out for clarification on this statement as to whether Bollinger did in fact refund those previous reservations or not but have yet to hear back.

Regardless, Mullen said that its cash injection will be used to resume both Bollinger B1 and B2 programs following the start of production on the class 3-6 electric trucks, including the recently announced Bollinger B4 seen above.

More details of B1 and B2 timelines are sure to come to light after the dust settles on this deal. Both companies will officially announce the details of the acquisition today during a live YouTube event at 2 p.m. EDT. You can watch it here.