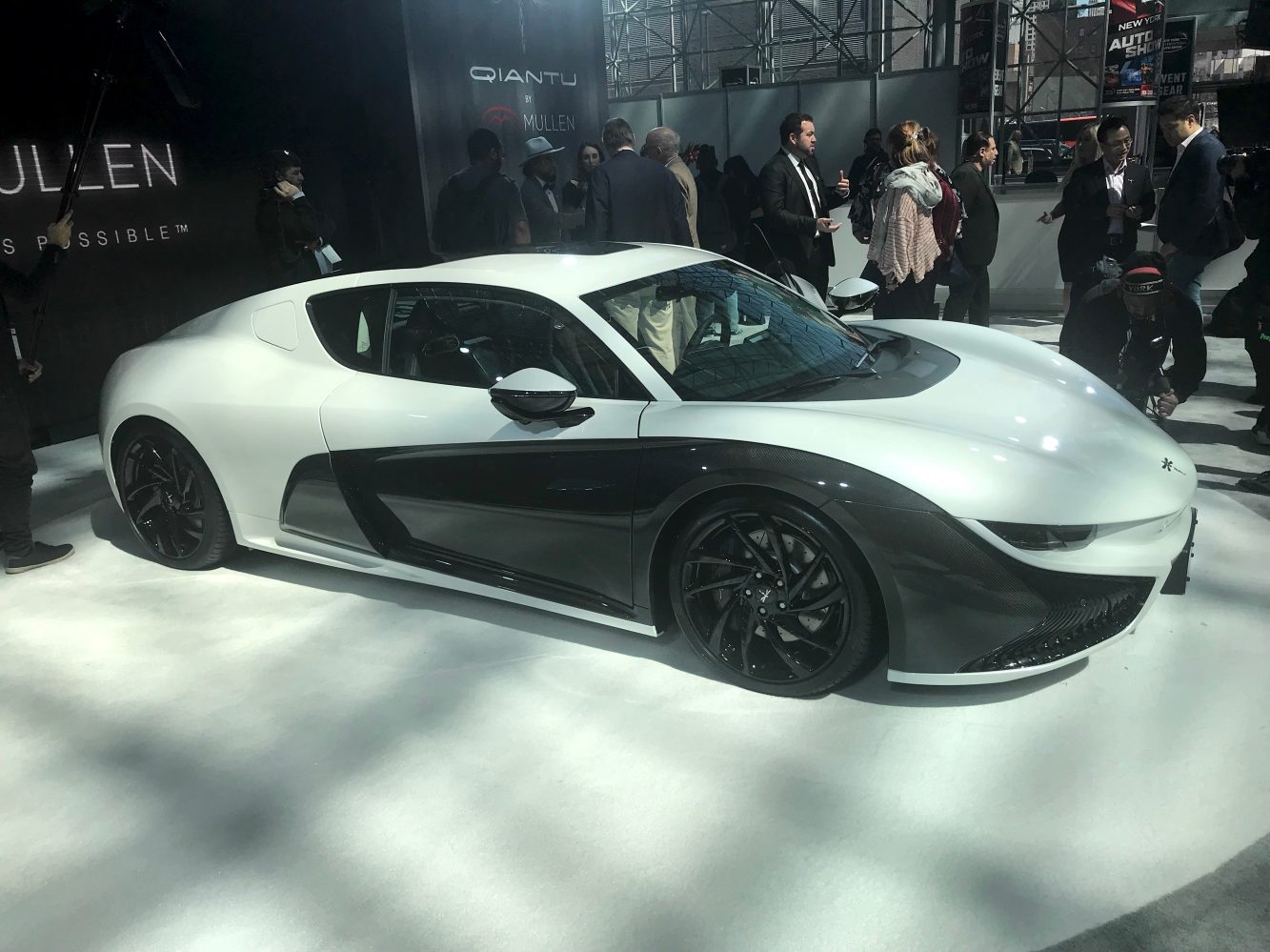 Mullen signed a letter of intent with the West Plains Airport Area Public Development Authority (PDA) of Spokane to construct a 1.3 million square foot facility to be used for assembly, manufacturing, and R&D. The PDA will construct the facilities, which it will lease to Mullen.

In the meantime, Mullen and the PDA are looking for an interim facility that can be used for battery R&D, production, and initial assembly of the Qiantu K50 in North America. Mullen Founder & CEO David Michery said,

“We are thrilled to be finalizing this critical first step in bringing the Qiantu K50 by Mullen to North America. The response to the vehicle at the New York Auto Show was incredible and we can’t wait to get positive feedback once people actually drive this beautiful EV.”

Mullen announced a deal to bring the all-electric Chinese Qiantu roadster to the US in December, and we saw Mullen’s Qiantu K50 at the New York International Auto Show.

There, a company executive told us the K50 would go on sale in the first half of 2020, but the latest release says it will hit roads in the second half of next year.

Mullen said it will bring 55 jobs to Spokane County at startup, and it plans to increase production to reach 863 jobs by 2026. Additional initiatives involving battery R&D could eventually push the job count to 3,000, the company said.

Mullen’s announcement makes the company’s plans a bit more concrete, and while we’re always interested in welcoming more EVs to the market, we’re skeptical on the long-term prognosis of the Qiantu K50. It’s tough to see much interest in a $125k+ sports car with virtually no name recognition, and specs that are not that impressive for an all-electric sports car.

Mullen seems to be positioning the K50 as an inexpensive electric supercar and it only has to interest 1,000 buyers to start. But how it plans on hitting sales numbers after that initial run will give us more insight into the viability of this whole operation.

What do you think of the K50? Would you have any interest in buying one?