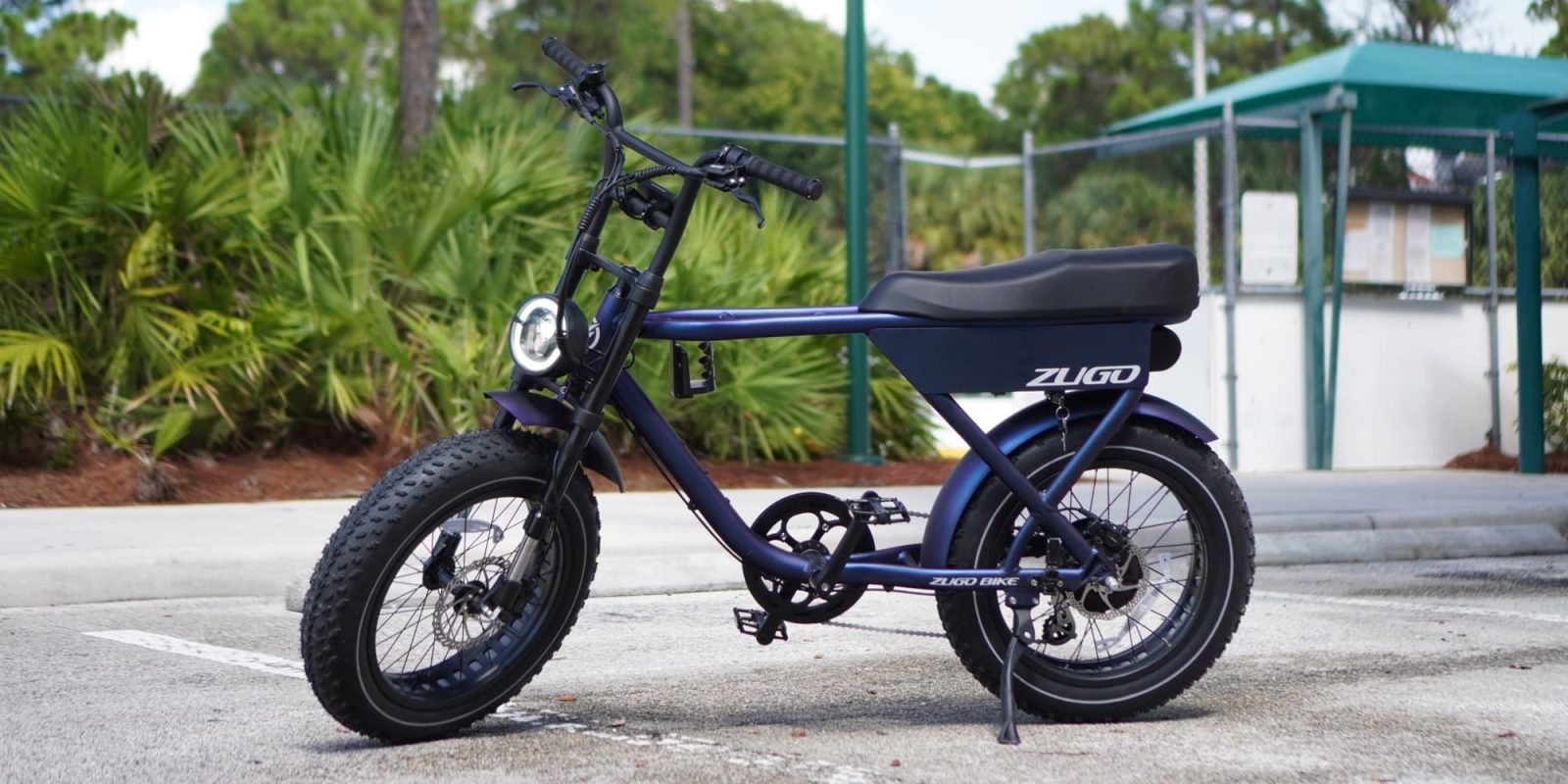 I’ve been eyeing the Zugo Rhino electric bike for a while now, especially the version in that trippy color-changing indigo paint job. I finally got the chance to test out not one but two of them when the company let me put some good honest miles on the step-over and step-through variants of the Zugo Rhino.

Having spent some fun saddle time on both of them, I can tell you that the bikes give you exactly the type of ride you’d expect just from looking at them – a powerful and fun joyride that is somehow equal parts relaxing and exciting.

A big part of the mix of a laid back and yet exciting ride comes from the combination of performance and comfort.

With a powerful motor and nice big battery, the Zugo Rhino electric bike has plenty of acceleration, speed, and range. But when you add in the tall bars and long bench seat, you get a bike that is just as comfortable as it is brawny. Those two attributes combine beautifully into a ride that will have you picking the bugs from your teeth after smiling ear from ear.

See what I mean from ride video below, where I tested the Zugo Rhinos on some fun cruises. Then read on for my full thoughts.

It’s all in the design

It only takes one look to get a perfect idea of what this e-bike is designed for; this is a moped-style electric bike, through and through.

Many people would call this a Super73-inspired e-bike, though of course there are many electric bikes that have since co-opted similar mini-bike stylings that harkens back to the golden age of mopeds, but I would say that the fact that there is both a step-through and a step-over version of the Zugo Rhino is a big advantage.

Gone are the days of step-throughs being considered “girl’s bikes.” I actually really like the step-through version as it’s easier to mount and dismount, making it a more comfortable bike. But if you want top tank style moped vibes, the step-over is the bike for you.

Both have the same parts and performance, with the single exception of the step-over having a built-in cup holder.

The Zugo Rhinos both quickly and easily get up to 20 mph (32 km/h) on throttle-only operation, though they are just as much fun to operate by pedal assist. Some moped-style e-bikes can be tricky to pedal, but the Zugo Rhino feels surprisingly comfortable.

I’ll call out an e-bike that isn’t comfortable to pedal, but this isn’t one of them.

I brought a couple friends with me to try the bikes to confirm, and everyone basically came to the same conclusion: Even though the saddle isn’t adjustable, you just kind of scoot forwards or backwards on the long and comfortable bench seat until you find your sweet spot.

We were all between 5’7″ to 5’11”, and I guess I need to find some taller friends, but everyone I asked seemed pretty happy pedaling the bikes. They say that the bikes fit riders up to 6’5″, but I’m pretty sure you aren’t going to feel as good pedaling if you’re right up at the edge of the height limit – just sitting on the bike though and throttling around should be more than fine.

The bars also have a bit of up and down height adjustment, though they’re already quite high compared to many other lower bar moped-style electric bikes.

But if the battery ever runs out, lord help you. You could pedal the bikes with a dead battery, but it’s going to be a serious workout if you want to go faster than about 6 or 7 mph for any extended amount of time.

With the big ol’ 750Wh or 1,000Wh battery options, the good news is that you’re not likely to face that scenario very often. The big batteries store a lot of energy, so you should be good to go for a while.

There’s also a faster 5A charger option, which is nice for these big batteries that can take a while to charge on a lower power charger. If you don’t need to recharge quickly and get back out in just a few hours, the stock charger is fine. But if you want a couple hour recharge from 20-80% or so, the quick charger option will be your best friend.

In terms of speed, you’ll find that the bikes come in Class 2 mode, meaning 20 mph.

When riding with friends, I found the 20 mph limit to be just fine, though commuter use when you’re trying to fly fast through the city will benefit from the higher speed setting.

The add-on rear rack gives you the ability to strap cargo directly the back of the bike, or to add your own box or locking trunk for some serious cargo capacity.

Then there are all the other accessories like mirrors, horns/alarms, electric tire inflators, you name it! You can really deck the bike out just the way you want it.

There’s not much I can complain about here; even the 65 lb (30 kg) or so bike weight feels reasonable for such a big bike. Sliding the battery out makes it even easier to lift into the back of a car or van, which I did twice to get to some nice riding locations. And speaking of sliding out the locking battery, I even like how there are those side panels that cover the battery and hide it from view, further improving the bike’s styling.