Will EVs be Ford’s ‘revival’? The automaker’s CEO, Chairman, and VP of sustainability believe so 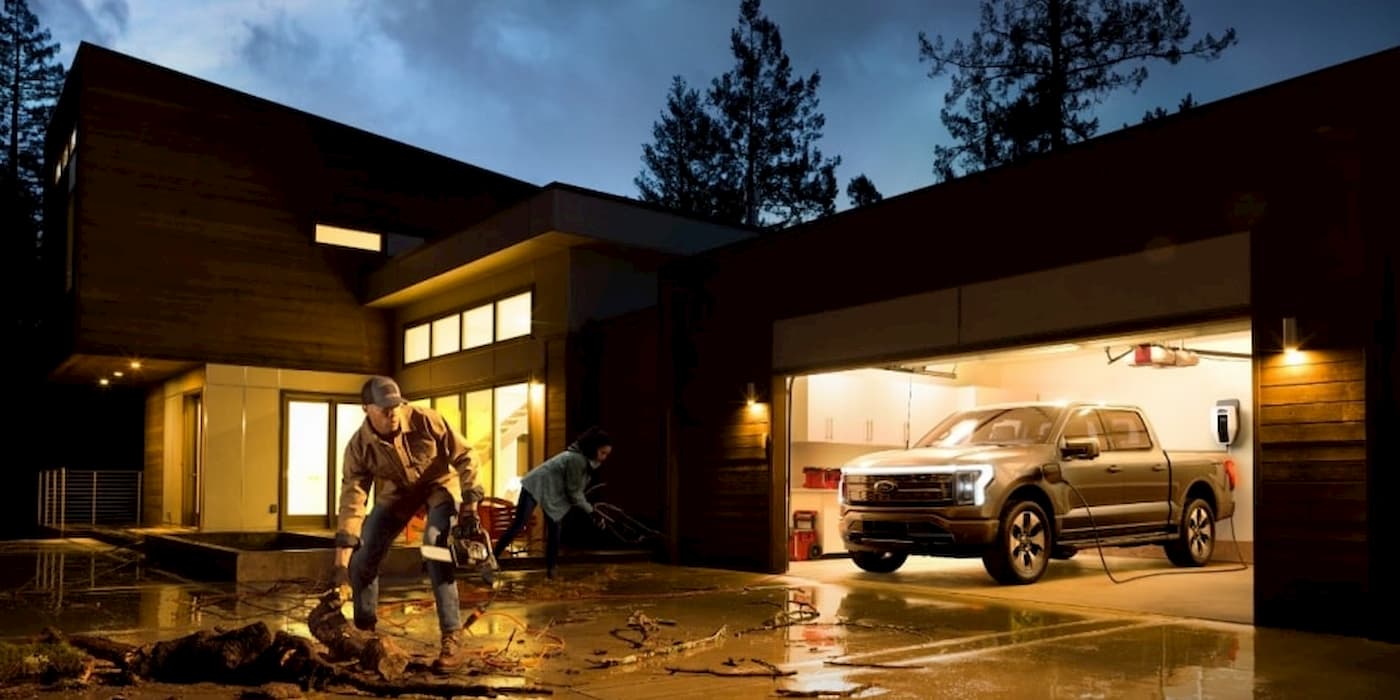 Ford has ambitious plans for the electric vehicle market. Or, as Ford’s vice president of sustainability, Bob Holycross, explains, EVs will revive the near 120-year-old automaker.

The American automaker is in the midst of a complete brand overhaul, and its strategy to convert models people recognize the most into electric is paying off so far.

In April, Ford launched the Ford F-150 Lightning, introducing the first EV truck to its lineup. The F-series is Ford’s trademark – their best-selling truck brand – and the Lightning lives up to it in every aspect.

Ford F-150 Lightning sales are climbing with 6,842 since its release; the automaker has already delivered its EV truck to a customer in all 50 states. August was the EV truck’s best month so far, selling 2,373.

Yet Ford says it would sell more electric vehicles if it could keep up with demand. They are selling out as fast as they can make them.

Ford recognizes this and plans to scale production over the next few years to hit 2 million global EV capacity by 2026, but there are a few hurdles it will need to clear before hitting its target.

For one thing, Ford will need to ensure it has enough supply of critical EV battery materials to get there. Ford has already locked up about 70% of the resources required to hit its 2 million goals.

Recent partnerships with battery developers like SK innovation and CATL are examples of Ford’s sense of urgency to produce more electric vehicles.

Why is Ford moving so quickly towards electric vehicles? Because Ford sees EVs as the future and believes they can revive the company.

Several leaders at Ford are on board with the idea that electric vehicles will revive the company, and they might not be wrong.

According to Ford’s VP of sustainability, Bob Holycross, Ford’s CEO and Bill Ford (executive chairman) believe EVs are the “refounding of the company.”

Ford’s August EV sales place it second in the US market, behind only Tesla. Furthermore, the automaker has advocated for new policies to support the movement and allow it to hit its goals. The company mentions two recent major legislations that can help get EVs into the hands of people that need them the most.

First, the Transportation Infrastructure bill provides about $5 billion in funding over the next five years to build a national highway EV charging system, and the Inflation Reduction Act gives incentives for purchasing an electric vehicle.

Meanwhile, the automaker also knows there will be some challenges in getting to full EV capacity. With electric vehicles still in a relatively new position compared to gas-powered, the supply chains are not yet fully developed.

Nearly every automaker is introducing new electric models while trying to ensure they will have the supply to produce them. As a result, fewer materials are available, and prices can become more expensive (for example lithium).

At the same time, Ford’s VP of sustainability believes with more EV models set to hit the market, it should help bring prices back down.

Can Ford keep up the progress and use EVs to revive the brand? It sounds like everyone at Ford is on board with the transformation.

Ford is sticking with its strategy of converting popular models to electric. The automaker has mentioned plans to release an EV version of the Ford Explorer, Maverick, and Ranger. On top of this, Ford is introducing a new EV platform built for rugged SUVs. Maybe a Ford Bronco is coming?

As Ford introduces new EVs to the market, I believe the most significant factor will be pricing. If it can introduce lower-priced models, it will have a market willing to buy. But, if not, it may struggle with several high-end EVs set to hit the market in 2023.

By the way, Bob Holycross drives a Ford F-150 Lightning and says it has everything you’re used to with a Ford f-series truck, except the front has more storage space.