Mercedes-Benz is launching a bunch of new EQ vehicles for the 2023 model year, including an AMG EQE 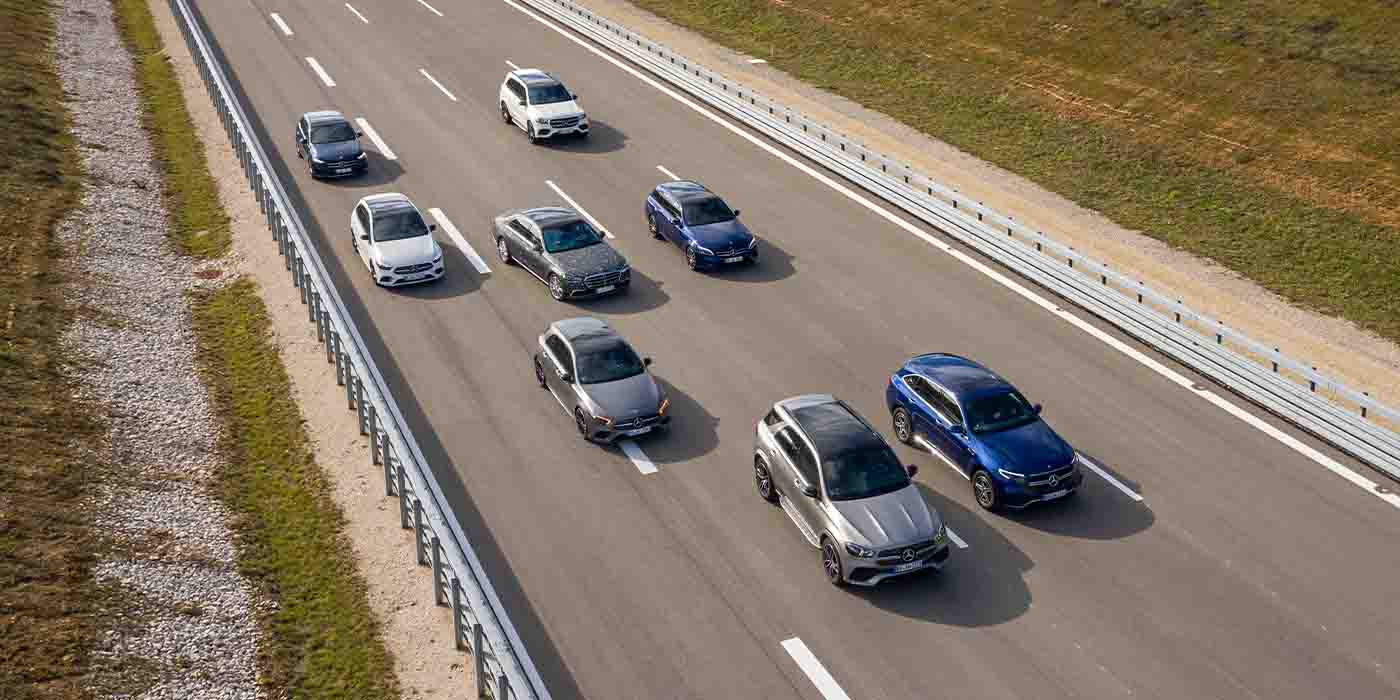 Mercedes-Benz has shared new details of the 2023 model year versions of its EQ line of all-electric vehicles. While multiple models sit upon the precipice of debuting in the US, Mercedes has introduced even more variations that should be available to US consumers by year’s end. Check it out.

2023 could prove to be the year of the EQ, and German luxury automaker Mercedes-Benz continues to grow its EQ line of all-electric vehicles in a quest to eventually abandon combustion altogether.

Two versions of the the EQS sedan have already reached US consumers and will be followed by two versions of a smaller EQE as well. Add SUV versions of both the EQS and EQE, an AMG EQS, and Benz’s most affordable option in the EQB SUV, and the automaker’s saturation of the EV market quickly grows tenfold.

EQS SUV production began in Alabama this week and will be followed by US production of the EQE SUV later this year. Now, we’ve learned of several new versions of Mercedes’s current and upcoming EQ EVs that will soon arrive as 2023 models.

The German automaker shared new details and an upcoming timeline for the US release of its 2023 model EVs under the EQ line, which includes a new version of both the EQS and EQE sedans.

Additionally, Mercedes has shared that the 2023 model year will include an AMG version of the EQE sedan, in line with the previously announced AMG EQS. Per the release:

The Mercedes-AMG EQE Sedan offers both sporty and impressive driving dynamics. This model is equipped with a powerful 328-volt high-performance drive battery, manufactured using the latest lithium-ion technology. The power of the electric motors is sent to the road by the standard AMG Performance 4MATIC+ variable all-wheel drive. The system continuously distributes drive torque between the front and rear axles depending on the driving situation, ensuring a significantly faster response compared to a mechanical all-wheel drive system.

Mercedes hasn’t shared additional performance specs on that new AMG sedan yet, but we are excited to dig in and learn more. Per the automaker, here are the timings of when US consumers can expect to see the arrival of the 2023 Mercedes EQ vehicles:

A huge factor we’re missing here is pricing. While some of the EQ models and their battery components will be built on US soil (a huge qualifying requirement for revised federal tax credits), we cannot say for certain what models may or not qualify based on MSRP thresholds ($80K for SUVs and $55K for cars).

At a starting MSRP at $55,000, the EQB SUV could certainly qualify, but it would need to also be assembled in the US. Here’s Mercedes’s comment on the upcoming vehicle:

The all-new, all-electric EQB 250+ SUV will join the EQB line-up as the long-range variant, becoming the newest entry point into the Mercedes-EQ Brand. As the most affordable vehicle in the Mercedes-EQ line up, it interprets progressive luxury in an edgy yet comfortable way. With state-of-the-art technology such as the 10.25″ instrument cluster and 10.25″ central display as standard, and an optional seven-seat configuration, the new EQB offers both space and innovation for a variety of transport needs.

We are sure to learn more about pricing, and what may or may not qualify for US tax credits, as we move closer to the arrival of these 2023 Mercedes EQ vehicles later this year.